Volume One: Sisters of Aphrodite 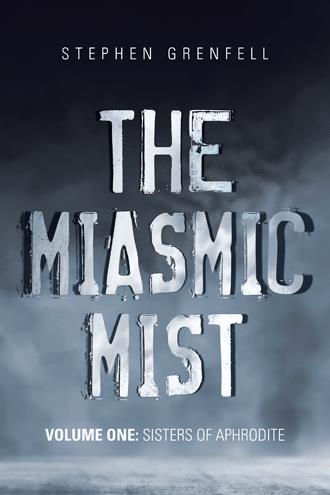 The story is narrated by the daughter of two of the principal characters during an atypical speech she makes at her wedding reception. It commences in England in 1950. James Marchant is the five year old son of the Earl and Countess of Wye. His mother is already seeking his future wife, the next countess. Emily Wilkinson is also five years old, a blacksmith’s daughter. She saves James’ life when he is attacked by a pervert. Toddlers James and Emily now consider themselves betrothed. Years later, James becomes an officer in the Royal Marines. Emily qualifies as a lawyer. She is also involved with the London police and an NYC magazine. Lady Philippa Marchant is James’ sister. The countess also has stratagems for Philippa’s future husband. Philippa wishes to become a doctor and like Daniel has received regular visits from a mysterious luminescent entity since a small child. Daniel Gibson. The son of a Northumbrian farmer who possesses great strength and intellect. He accepts a commission in the Royal Marines where he meets James. They are deployed together overseas. Kelly Aresti is a physician who lives in a parallel universe. She is Philippa’s doppelganger and with the help of her lover travels to other dimensions. The Miasmic Mist is an eclectic tale on several levels which gradually unfold to show how the lives of these apparently disparate characters eventually become intertwined. The main plot is set in 1960s United Kingdom, a parallel universe UK, Aden and New York.

Steve Grenfell was born in West Hartlepool, England. After college graduation he worked in industry management and also served in the UK’s Territorial Army and Royal Marines (Reserves). Stephen now lives with his wife in Los Angeles, California. They are avid world travelers including regular trips to the United Kingdom and Europe to visit family and friends.