A True Story of a Vietnamese Refugee Girl 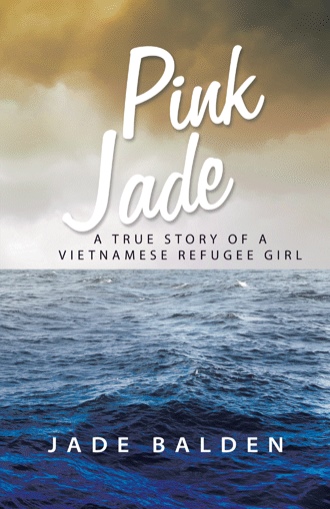 My name is Cẩm Hường, which means Pink Jade in Vietnamese. I was born in 1978, a few years after the Vietnam War officially ended. Our home was a small, thatched hut with dirt floors in a village called Cà Mau. Cà Mau means ‘Black Water’ in the Khmer language. The walls and roofs of the humble homes were made of thatch, a weaving of straw, palm leaves, reeds or similar material. This seaside village was surrounded by water that is heavily mixed with dark-colored silt, which makes the water dark. Our home was on the most southern part of the village. The village was located on the very southern tip of Vietnam where the South China Sea meets the Gulf of Thailand. ... When the war ended in April 1975, South Vietnam, where our family lived, fell to North Vietnam. We had lost the war. My parents describe the time as a time of panic and chaos. The money changed several times, with the old currency becoming worthless. The only reliable currency was gold. New harsh and strict policies were introduced to these simple village people. Suddenly you couldn’t trust anyone. Even children were taught to report on their parents for saying things against the government. Political propaganda from the Communist government of the newly “united” Vietnam began to seep its way into the South. North Vietnamese soldiers, government officers, and citizens began to move into the South. ... One evening, when I was 2 years old and my dad was away fishing, without warning mom packed up a few of our things and left the village with my brother Khen (pronounced Ken), me, Aunt 7, and Uncle 6 (my dad’s brother and sister). We traveled to a nearby coastal village called Bạc Liêu about a half days’ journey away. A day earlier, mom hugged family members and sobbed uncontrollably. The air was heavy with worry and secrecy. I didn’t understand what was going on, but I felt scared. In my fear, I asked many questions, especially about the whereabouts of my dad. In a low tone, my mom answered my questions as simply as she could. We waited in Bạc Liêu at a friend’s house for five days. … I felt confused and helpless. What was happening? Where was my dad? Nothing was the same anymore. I would not understand the full story until many years later. No one spoke about it. The family kept everything secret. I did not know at that time that my family had planned a secret escape from Vietnam, which failed appallingly. Grandpa Huynh sacrificed our fishing boat, so that five of us (my dad, my Uncle 5 (Dan), my mom, my brother and I) could escape from Vietnam and from the new Communist regime. This would allow for part of the family to go and when they get to safety, they could help the rest of the family.

Pink Jade is a touching and inspiring chronicle of a young Vietnamese girl and her family’s life during the turmoil preceding and following the Vietnam War. It speaks to her journey to find peace and love after escaping the horrors of war-torn Vietnam. Sharing the trauma of forced displacement and the difficulties and uncertainty of what would come next, the author invites readers to walk with her as she and her family relocate her lost father and start a new life with a new direction.

Jade Balden grew up in a Vietnamese fishing village and experienced the traumatic events of the Vietnamese exodus. She and her family immigrated to Australia where they made a new life for themselves. She eventually became a schoolteacher at the very same school she attended as a small Vietnamese refugee girl. She is a passionate health educator who prides herself on helping people restore balance and heal from past trauma. Visit her website at www.jadebalden.com.