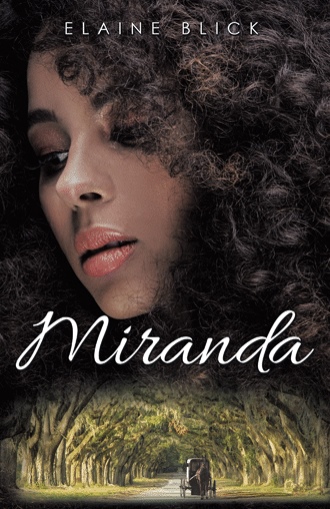 They remained on deck watching the island grow larger as they approached it. Against the deep blue sky the distant hills shimmered in the heat haze while along the shoreline sprawled rich vegetation. At the water’s edge a ribbon of white sand marked out the boundary of the land. Both Miranda and Daniel were unused to such vivid colour after the muted shades of England and they screwed up their eyes as they gazed across the dazzling water. At last the ship reached the harbour and here the scene changed. Instead of the jewel-like island seen from a distance a pall of dust and dirt hung over everything. Miranda and Daniel prepared to leave the ship after collecting their belongings from the cabin. Their luggage from the hold would be delivered to the plantation by carrier once it was unloaded. As they descended the gangway heat rose up to meet them. The cooling breeze on the ship had shielded them from the burning rays of the sun but here there was no breeze and no shade. As they stood waiting for a cab they watched black men passing them carrying heavy loads on bare shoulders, their bodies glistening with sweat. Others were unloading cargo from the holds of ships tied to the wharf. Miranda wrinkled her nose at the stink of sweat overlaid with the sweet and cloying smell of molasses and sugar coming from the barrels standing on the quay. The air was ringing with shouts and cursing. Then came another sound different from all others, the wailing of human beings at the limit of their endurance. Miranda turned her head and saw a sight she would never forget: slaves being unloaded from a ship that had just docked at the wharf: men, women and children, chained together and herded by men with whips who shouted curses at them. Now the smell that reached Miranda was the sour smell of human misery and she watched pityingly as poor human creatures passed by them heads hanging down and shoulders bowed. Little children with bones showing through slack skin clung bewildered to their mothers, tears streaking their faces. Miranda couldn’t help herself. She ran from Daniel’s side towards a small child who was crying bitterly and taking a handkerchief from her pocket dabbed it on the child’s cheek and bent and kissed him. He looked up in wonder at the beautiful woman leaning over him and his mouth fell open. His mother also gazed at Miranda. Then she smiled, a wan smile which showed briefly a set of perfect white teeth. By now Daniel was at Miranda’s side. “I want to buy these two and take them home with us,” she said. She was unaware that the gang of slaves had come to a halt. An angry man carrying a whip strode towards them. “What do you mean by interfering with my cargo?” he demanded, scornfully looking Miranda up and down. “My sister here took pity on a little child in distress,” said Daniel quietly. “These poor people have come a long distance under dreadful conditions and we are very concerned about them.” “People!” spat out the man, “Animals more like. Look at them, poor specimens all of them. Lucky if we fetch enough to pay for the trouble of transporting them.” “In England we are campaigning to have this abominable trade put to an end. No human being should be subjected to degradation like this.” “Oh, you’re an abolitionist are you? I suppose you were given your freedom by some well -meaning Englishman.” “As a matter of fact we were and now we are the owners of a plantation in Kingston. We would free all these poor creatures if we could, but as that isn’t feasible we would like to purchase this mother and her child.” “That’s impossible before they come up for auction,” the man began, and then a calculating look crossed his face. “On the other hand, if you’re willing to pay ready cash I think I could do a deal with you.” “Good,” said Daniel and taking out a sovereign he held it out to the man who took it and gazed at him dumbfounded. “That’s for the mother and the child. Now would you release her from her chains immediately and leave her and the child with us.” Without another word the man bent down and unfastened the chain. Miranda gasped when she saw the raw and bleeding wound on the woman’s ankle. She took the same handkerchief from her pocket which she had used to wipe the child’s face and tenderly wrapped it around the woman’s leg. The slave driver muttered something under his breath which sounded like, “You fool!” before he turned back to the other slaves standing patiently in the sun. This time he merely ordered them to move on, but did not flourish his whip or curse them. “You wait here while I get a cab,” said Daniel to Miranda. “I’ll be as quick as I can so you don’t have to stand in this sun,” and with that he was gone. Miranda looked with concern at the woman. She was swaying on her feet as though she was about to faint. “Wait here while I get you water,” she murmured and seeing a horse trough on the quay she crossed to it. Fortunately there was a tin mug lying on the ground nearby so she scooped water into it. When she offered it to the woman she gulped it thirstily. The child started to cry again and Miranda absently stroked his head then withdrew her hand in horror as she saw his hair was crawling with lice. 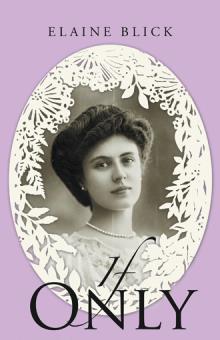 Miranda is a black ex-slave, now the owner of a sugar plantation in Jamaica in the late eighteenth century. Her battle to overcome prejudice and to raise the status of African slaves by teaching them to read and write makes compelling reading. Her personal struggle with an overseer who preys on black women to satisfy his sexual appetite has far-reaching consequences.

Elaine Blick was born in Salisbury, England and moved to New Zealand when she was five. She trained as a teacher and holds an MA degree from Auckland University. She also obtained a Diploma in Journalism at Canterbury University and wrote a number of free-lance articles. In the 1970s she moved to London where she taught English at a comprehensive school until she retired. Now she lives in Auckland at a beach on the Manukau Harbour. In this tranquil setting she has written five novels and is now embarked on her sixth. She runs a film club that specialises in literary classics and is also a member of a local golf club.