The Model of Spiritual Counseling for Deliverance 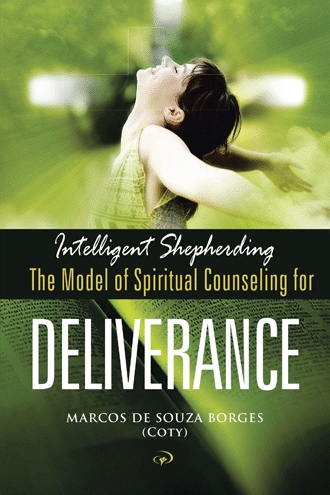 A correct reading of symptoms is the starting point for an efficient deliverance. The scandalous misfortunes, strange illnesses, uncommon temptations, disturbances and varied attacks of a spiritual or hereditary nature can all characterize what we would define as symptoms of a curse. We need to recognize them to be able to evaluate their real significance. Every symptom carries a message that must be correctly understood. PAGE 163, PARAGRAPH 1: This is the most essential part of this book. Just as there is a distance between symptoms of curses and their respective causes, so there is a distance between the causes and the cross. PAGE 53, PARAGRAPH 2: Crucifixion can be defined as the therapeutic and redemptive ability to cover the distance between the cause of curses and the cross of Christ. It is the process of adequately interacting with the principles implicit in the sacrifice of Jesus… PAGE 208 PARAGRAPH 2 When A.W. Tozer was asked "what does it mean to be crucified?", he replied: "People who are crucified with Christ have three distinct marks: first, they are facing only one direction; second, they can never turn back; and third, they no longer have plans of their own". These three aspects of Tozer´s response help us to define the depth of our spiritual life, how to determine how deep the cross and God´s power have penetrated into our soul. PAGE 172 HITTING THE TARGET - redemptive principles implicit in the sacrifice of Christ. PRINCIPLE 1 - HUMILIATION This is the process of renouncing our reputation in order to responsibly address the sins, wounds, injustices and frauds we commit or suffer. This is the most penetrating point of the conflict. Pride tries to impose itself in various manners: from one extreme of a subtle and plausible pretext to evade responsibility to the other extreme of aggressive rebellion against it.

Generally speaking, the majority of the pastors today became like firefighters, trained to extinguish the fires of people’s critical situations. Several pastors do not pastor people, but they pastor the crisis of the members of their congregations. The foundations of their member’s beliefs are not confronted. This situation isn’t only exhaustive, but also doesn’t build up the solid solutions that bring the growth toward maturity. The effort of the pastors became superficial, and the cycle of the crisis is never broken. The church becomes more and more superficial and flavorless. Attending the calling of several leaders, pastors, missionaries, and intercessors who desire an intelligent and efficient pastoral training, the present book is to educate the body of Christ with the principles and biblical values, investing in the church’s well-being and mainly in its growth in quality, rescuing the values of the priesthood and the pastoral work in depth. It also is designed to fulfill the emerging need of the present generation, making it’s fruit to be permanent and their lives stable. I hope this material will inspire you and provide the tools to invest in what is most valuable—the human soul. Have a nice reading!

Pr. Marcos de Souza Borges AKA Coty, was born in Brazil in 1961, is married with Raquel since 1986, with whom he has 2 kids and a grandchild. Before entering into his missionary calling, he graduated in Mechanical Engineering in the University of Belo Horizonte. In January of 1986, he and his wife started in the missionary field and have developed several areas of ministry both in Brazil and abroad, like: intercession, training, counseling, missionary mobilization, evangelistic crusades, planting and pastoring of churches, as well as helping several churches of all denominations in their needs of counseling and forming of leadership. They are in charge of one of the most well recognized YWAM (Youth With A Mission) in Brazil. The base is established in Curitiba, the State Capital of Parana, in southern Brazil, which has been a leader in forming counselors and pastors. Pr. Coty is the author of 10 books: “The hidden face of Love”, “Roots of depression”, “Approved by God”, “The prayer of the righteous”, “The new wineskin revival”, “Healing and edification of the leader”, “Spirituality and sexuality”, “Intelligent Shepherding”, “The law, the moral and the divorce” and “Dynamics of the personality”. All of them selling over 5 thousand units each per year. Pr Coty is also the Director of the YWAM editing company in Brazil, where several titles of books from different Christian authors and writers are edited and printed every year. Pr. Coty has established in 2003 a seminar called “EIFOL” – Seminar of deliverance, ministered in several countries, but mainly in Brazil. The school has trained over 10,000 students, mainly pastors in the area of deliverance and inner healing. As an international speaker, Pr. Coty have ministered his teachings in over 40 nations, focusing mainly in healing and edifying the body of Christ with a very anointed and practical message that is proven over the years and is helping thousands of leaders and laymen to fulfil the calling of God in their lives.