A Story of Practical Compassion 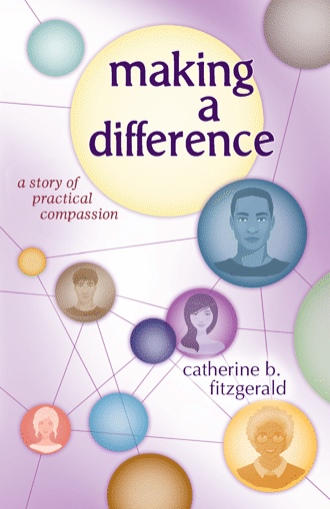 1 Reunion December 27 Kayla called to me as I carried in the sheet cake. “Hey, Jim—can you help?” She was standing on a chair, trying to reach the center light fixture to tie up a bunch of balloons. It was still early, and no one else was there. I went over and grabbed the balloon strings while she stepped down. “Thanks, Jim,” she said. “I hate being short.” “Nobody is tall enough for these ceilings,” I said, dragging a table over. I pulled off the plastic tablecloth and jumped on the table, tied the balloons to the light as neatly as I could, and called it good. “Anything else?” “No, just help me clean up this mess. I’ll recycle everything, if you’ll just do the sorting. They’ll be here in half an hour.” “Don’t stress over it, Kayla. If we’re not ready, we’ll just ask them to help.” I looked around the room as I picked up the empty packaging and plastic bags. She had decorated in white, silver, and two shades of blue. “I hope people like the winter theme,” she said. “I just couldn’t look at any more red and green.” “Looks great, Kayla!” She wasn’t convinced. “I don’t know, Jim. It still looks like a back room in a small-town family restaurant.” “The food will be great, and that’s the most important thing. To guys, anyway,” I said. Right on cue, Thanh’s mother came in from the kitchen to set up the buffet line. Wonderful smells wafted in the door with her. “Smells delicious!” I told her. She still doesn’t like to speak English, even though she came from Vietnam 25 years ago. But I could tell by her smile that she understood what I said. “Who’s coming this year, Jim?” Kayla asked. “I set up for 35, like you said, but which 35?” “The usuals, mostly—Megan, Chelsea, Jennifer, Brianna, Bishoy, Justin and Nancy, José Miguel, Brad, Vlasic, Kirit, Luis, Aaron . . .” Kayla was opening the sheet cake box and only half listening. “Oh no—they gave you the wrong cake!” she said. “It’s supposed to say ‘Madison High Reunion’ on it!” “No, I told them to write ‘Happy 30th Birthday’ because we’re all turning 30 this year. One of those milestones I thought we should celebrate together. Hope that’s okay with you.” “Well, whatever,” Kayla said. “As long as it tastes good, like you said. Did you bring candles to put on it?” “No, I didn’t go that far.” Justin and Nancy came a few minutes early. Kayla went over to Nancy right away, gave her a hug, asked her how she was doing, and took her to the cake table to help set up. “How is Nancy doing?” I whispered to Justin. He looked a little stressed. “Well, I know Ryan’s on her mind, but she’s not saying much. It’s only been three months. I guess it’s kind of hard to talk to your current boyfriend about your dead ex-boyfriend, especially if he’s a hero. They were almost like brother and sister. I don’t know what to say to her—good thing Kayla’s here to take over.” When Ryan was killed working for a charity in Afghanistan, it hit a lot of us hard. “I know Nancy misses Ryan, but at least she’s got you. That’s got to mean a lot to her,” I told Justin. “Well, maybe,” he said. Vlasic was next in the door. He came over to Justin and asked, “So how’s business at Geezer Hardware? You and Nancy still work there?” “Sure,” Justin said. “We like working for my dad.” “Your new radio ads are great,” Vlasic said. “‘Need one screw? Buy one screw.’ That’s a terrific slogan.” “It works,” said Justin. “That’s how we survive the competition from the big-box stores.” The room filled gradually. People arrived in ones and twos until all of a sudden at 7:15 there was a big rush. Everyone knew that Nancy was Ryan’s ex, and there was a trace of awkwardness in the air. When most people were there, we held a moment of silence for Ryan. That seemed to help resolve the discomfort—at least we had acknowledged it was there—and then we started to get into the spirit of things. We spent the first half-hour exchanging high fives, taking selfies together and posting them online, catching up on the latest news. Bishoy came over to harass me. “Hey, Jim!” he said. “Climb any big stones lately?” He was wearing a thick wool sweater over a fleece pullover and two or three shirts, which gave me a good opening to harass him back. “Not lately, but I’m thinking about doing some ice climbing this winter. Wanna come?” “No way,” Bishoy said, shuddering. “Maybe in July.” I knew he’d say no—he grew up in Egypt, and he has a hard time with winter. It was fun seeing people—we only get together once a year. I always get a few “Mr. Taxman” jokes. “I’m off duty until January 2,” I tell them. I work in the city, and when I’m home visiting my parents over the holidays, I try to forget about being an accountant. It’s a good living but not much fun. I got a lot of questions about my parents. My classmates all know them—they both worked at the high school until they retired about five years ago. “They’re getting ready to move to a condo by the mall,” I said. “The house is too big and too much work for them now.” “I don’t want to lose touch with them! Can we still call them?” Jennifer asked. “Sure—they’d love to hear from you.” Megan overheard us and said, “Be sure to wish them a happy anniversary for me!” Practically everybody from the school—especially the women—remembers that Mom and Dad were married on New Year’s Eve. “It’s their 40th this year,” I told people, hoping to generate a little more buzz. 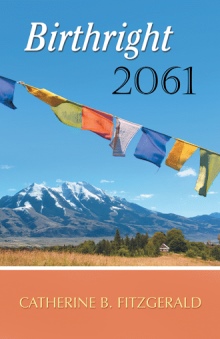 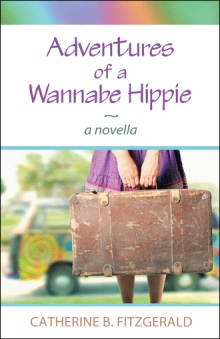 Sooner or later, most people want to make a difference. Even little things count. Sometimes, though, we get the message that there’s more we could be doing. Jim is living a good life—he doesn’t have too much work, has time to enjoy the outdoors, has a great group of friends, terrific parents, and a girlfriend in the wings. But the year he turns thirty, when one friend is killed working for a charity in Afghanistan and another friend joins Doctors Without Borders, he starts wanting to do more to give back. But what? One morning, he hears a voice: “I have work for you. Come and find it.” Following the voice, Jim has a series of other-worldly experiences that lead him to a simple spiritual practice that he and his friends use to help each other—and the planet. If you’ve ever wished you could make a difference but don’t quite know how, this book is for you. This is both an engaging story and a how-to guide—everything you need to know is inside.

Catherine B. Fitzgerald lives in the small community of Emigrant in Paradise Valley, Montana. This is her second novel.