Poetry Written as I Grieved the Loss of My Mother 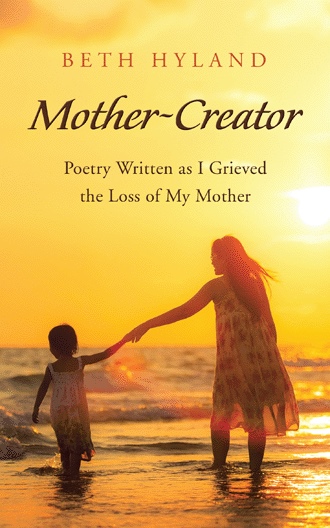 The day was June 14, 2000, and it started out like any other day. I was scheduled to work from 3:00 to 9:00 pm at my job in Madison Heights, Michigan. I remember on the way to work it was storming. As soon as I arrived and got out of my car, a large bolt of lightening struck a light pole in the parking lot. I never heard such a crash. I remember looking up and seeing the sparks. Later that day, I checked my voicemail from work but there were no messages. I left work around 9:30 pm. Checking my voicemail was the first thing I normally did when I arrived home. My ringer was always turned off but I had one of those clear, see through phones that would light up when it rang. Shortly after I got home I could see that it was ringing. I usually screened my calls, but something told me to pick it up. It was my stepbrother. I asked how he was doing but he didn’t know how to respond. He proceeded to tell me that my mother was in the hospital. I can't remember much of what he said after that but it was something to the effect that my mother was having bad headaches that day and her brain hemorrhaged. She was at Providence Hospital in Southfield, Michigan. I felt so distraught that I could barely understand my stepbrother as he gave me the directions. Somehow, I managed to write them down and get myself there. When I arrived, my dad stated that it was bad and that she may have already suffered severe brain damage. The doctors thought it was a brain aneurysm but they were uncertain at that point and said they were performing some tests to confirm it. I remember thinking, "She cannot die without me ever being able to talk to her again." There was so much I wanted to say. My family and I stayed at the hospital until they finished the tests, which was sometime after midnight, and then we were finally able to see her. Her head was wrapped and a tube had been inserted to drain the leaky blood. The doctor confirmed that it was a brain aneurysm but they did not want to operate until she was stable. The doctor was to call my dad in the morning with an update. I went home that night and didn't fall asleep until after 5:00 am.

When my mom died, I had no idea how it would affect me. It was the first significant loss that I experienced and I could not wrap my head around the fact that I would never see her again. When I began writing, the poems poured out of me and they became the expression of how that felt.

Beth Hyland is well versed in how the grief process works. She has helped many others who have lost loved ones understand this process. Writing poetry that expresses her deep sense of loss after her mom died is what helped her through it. Beth was born on July 11, 1971, and grew up in Huntington Woods, Michigan, where her stepdad resided as Police Chief. She currently lives with her husband, two dogs and two cats in Sterling Heights, Michigan.