Improv(e): Using Improv to Find Your Voice, Style, and Self 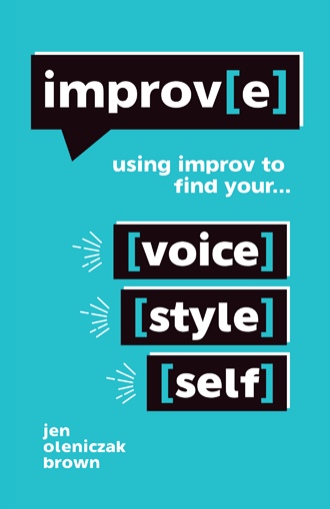 Yes, And vs Yes, But ‘Yes, And’ is a way of life. It’s probably one of the most referenced of all improv ideas in the professional non-actor world. There are multiple books, articles, podcasts, videos, memes, gifs and more from improv professionals that attempt to show how incredible Yes, And really is. It’s also the most misused and misunderstood improv concept. In my opinion, and I think all of improv is pretty spectacular for personal growth, Yes, And is the most effective part of improv for people that want to see immediate results. While you’ll start to feel the effects of active listening quickly, it is a skill that needs to develop over time. With Yes, And, you’ll start to feel the effects immediately. Yes, And sounds simple, and it is. It’s also very complex. Yes, And is focused on affirming and then elevating or adding information. It is not about agreeing with everyone and always saying yes. This is not going to turn you into a ‘Yes Person’ who spreads themselves too thin and can’t devote proper time to important things. This Yes is much more than just a normal agreeable yes. Let’s break down the Yes first. When you say Yes in Yes, And, you are agreeing to the reality, whether that be a situation, an opinion, a possibility or a thought. In an improv conversation, if I say the sky is blue, the sky is blue. If I say it is green, then it’s green, unless we had already talked about and determined the color of the sky as something other than green. We agree with the reality of the situation. Revisiting those three-line conversations, if I say the first line and call you mom, then you are my mom in that conversation. The ‘wrong’ way to respond to this would be saying, ‘I’m not your mom, I’m your (insert another relationship that is not mom).’ You’ve negated my idea of reality and stopped the conversation because now I’m either crazy or on something, and we’re probably just going to awkwardly argue about our relationship. The nuance here is if I make a statement or ask you a question in an improv scene, you don’t have to say yes to the mundane question or agree with ME, just the reality. If I ask ‘do you want to go to the grocery store’ you can easily say ‘no I would rather not.’ If I say ‘I need to go to the grocery store’ it’s not effective to say ‘there is no store, we’re in space, what are you talking about?’ Unless a store-less space has already been established, your contribution has halted the conversation because all that’s left to do is argue about the reality of the situation or force someone to back down from a choice. Your job is to Yes the reality that gets created. In real life, you wouldn’t necessarily argue with someone about what year it is. Same thing. Because that’s insanely wordy and complex, reread that paragraph if necessary, and don’t feel badly if you are still a little confused. We’ve been conditioned that yes is all about agreeing with people, positivity, and going along with everything – and here, it’s about agreeing with a reality. Now let’s focus on the And. With the And, you are elevating and/or adding information to the reality that has been established. If we go back to my green sky example, I might say the sky is green and you might add, ‘and the clouds are purple.’ You’ve added something to the situation. You could also elevate what I said and reply with, ‘and the green looks scary, I think a storm is coming!’ That statement elevates the information and the reality. Tina Fey gives the best example in her book Bossypants regarding the nuance of Yes, And. Say you’re part of an improv conversation, and someone walks up to you and says ‘stick ‘em up!’ and holds their hand like a gun. A negation of reality would be, ‘That’s not a gun, that’s your hand.’ With this response, you’ve ended the conversation, negated the idea and stopped the other person from moving forward. The Yes might sound like ‘oh no! Take my money!’ You’ve agreed to the situation and added nothing. The Yes, And response would be ‘Oh no! And the gun I gave you for Christmas! You bastard!’ The Yes, And not only affirms the reality, it also elevates the idea and adds information. In improv conversations, the exact words of ‘Yes, And’ aren’t often used. Most of the time, it’s implied rather than stated. The above example from Tina Fey doesn’t use the words; rather the idea is incorporated into the conversation. When people are learning how to Yes, And in improv OR life, I always advise them to be very deliberate and very contrived. Use the exact words until they are clearly implied. It’s like the difference between hearing and listening; you need to make a conscious choice until it’s automatically there.

How often do you think, “I’m just not that good of a speaker”? Do you ever blame your bad listening on being overworked or stressed out? Perhaps you wish you could think and respond faster, or that you should be more yourself, and you just don’t know how? Improv(e) provides you with ideas and activities that will immediately bring out your best speaking, listening, and social skills, all while helping you become your best, authentic, and unapologetic self.

Jen Oleniczak Brown is the Founder of The Engaging Educator and has been helping people improve their speaking, listening and conversation skills with improv since 2012. She has worked with companies like Etsy, Food Network, Viacom, Conde Nast, and Google, and has given three TEDx Talks on the powers of improv as continuing education for non-actors. Jen is firm believer that we all can do more to affirm, elevate and commit to being our best and most unapologetic selves. She happily lives with her dog, Drumstick, and her husband Alex - the best Yes, Anders she could ever ask for.