We Are So Loved

Extraordinary, True Stories of Miracles, Angels, Healing and the Phenomenal Power of Love 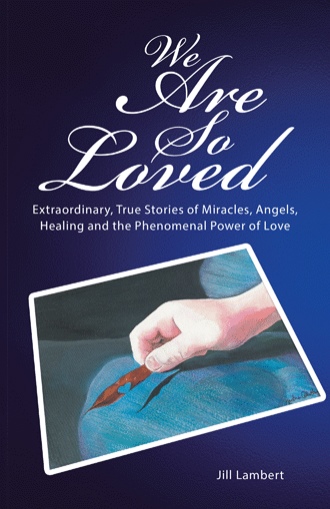 The Accident That Didn’t Happen

I pulled into the shopping center parking lot, stopped at the ‘Stop’ line painted on the pavement before crossing the intersection and looked both ways to be sure no one was coming. Just as I began to accelerate, a car came out of nowhere way too fast from the right, heading straight for the passenger side where my two young sons sat. In the exact moment that I heard the crash -- the screeching brakes, breaking glass, screams and crunching metal -- in my head I yelled “NO! NOT MY CHILDREN!” It wasn’t the kind we would scream when we realize something horrible has happened; it was a demand to all the powers of the Universe… “THIS WILL NOT HAPPEN!”

In that fraction of a second, my foot slammed down hard on the accelerator and we shot past the car heading towards us. I stopped the car and ran to the other side where my sons were.  I needed to feel my children as solid, whole and safe in my arms so I could believe it! I grabbed them out of their seats and literally patted them down to convince myself they were still real, whole and unharmed. As I hugged my sons, I noticed people running towards us, then slowing their pace, and their expressions changing from horrified to relieved. Some stopped in their tracks with their jaws dropped, rubbing their eyes. The woman in the other car was still sitting in the driver’s seat, her face completely white. I went to her and asked if she was alright. All she could say was, “But I HIT you! I KNOW I hit you!”  I said, “I know, sweetheart, but then it didn’t happen.  I don’t know how, but look… there isn’t even a dent in my car and we’re all fine.” Upon examining my car more closely, I found a black streak left from her rubber bumper running from the front passenger side door all the way to the very end of my car. She was still too shaken to move as I pointed out the streak to her. We just held each other’s hands through her open window for a few moments. Neither of us could speak. One man came closer saying, “I don’t believe what I just saw, but I’m so glad you’re all ok!” He sat down on the edge of the curb, staring at the scene, rubbing and shaking his head. I got back into the car with my kids, pulled into a parking space and told them, “I need to sit here for a few minutes. I honestly don’t understand what just happened.” Jeff very matter-of-factly said, “Mom, I think we just slipped into a parallel universe.” I’d never heard that phrase before then!  How in the world could my six-year-old know about that? Michael, then just ten, said, “That’s the only thing that makes sense to me, Mom.” I said, “But I heard the crash and the screams and saw the glass shattering…” and he said, “So did I.  But then it didn’t happen.”  We sat there in the car for a while just silently thanking God, over and over.

Did the laws of physics bend for us? Did time slow down so I had a second or two more to move out of the way? How do all those people explain what they witnessed that caused them to come running to help? I later realized the only reason I could be so bold in that moment to insist that accident would not happen despite all appearance, was because years before, a friend shared her miracle story with me that changed my beliefs about what is possible. She was about to be mowed down by an 18-wheeled truck when she had to stop suddenly at a train track. She faced either being smashed by the oncoming train if she tried to cross or by the speeding truck following too close that couldn’t possibly stop in time. With no escape possible, she demanded “NO!” to all the powers of the universe, slammed on her brakes and put her head down on the steering wheel. A moment later, she looked up to see the 18-wheeler pass straight through the train! The truck had no way to go around her, which meant it also went straight through her!

This is why I’m sharing these stories here. When we don’t realize how possible the ‘impossible’ really is, when we don’t know Who We Really Are and that we always have the power of choice in every moment, we accept ‘appearances’ as though we are powerless, so that becomes our reality. I want you to know better. Many spiritual teachers, as well as quantum physicists, tell us that everything exists now -- there is no such thing as time -- All Creation is already done. We simply choose, through our beliefs and intentions, whatever reality we experience. Some scientists say there are infinite parallel universes; we simply slip into whatever experience/universe we are ‘in harmony’ with. There is nothing outside of us that decides for us. We are choosers of our own reality. We decide what we experience, or not, according to our beliefs. When we don’t know that, we also create for ourselves by believing the ‘evidence’ of our senses.

"It is the absolute refusal to consider any possibility other than the outcome you have selected that prepares the Field of Possibilities for a miracle. It is the further refusal to judge anything by its appearance that makes the moment ready for magic. In miracle working, you must be prepared to ignore the evidence of the eyes, you must close up your ears, and you must be out of your mind. If you are in your head, if you are in your mind, you will think your way right out of the miracle. When you perform miracles, you do the unthinkable". - Neale Donald Walsch, Moments of Grace

When we hear stories of spontaneous healing, assistance from angels and loved ones who’ve passed, the laws of physics bending or even breaking to save someone, and people using their divine creative power to claim what they desire despite appearances, our beliefs change about what is possible for us. We Are So Loved is about such miracles and more. Many of these stories may seem too fantastic to be true, but they are. As you read them, maybe you’ll remember some of your own miracles that you discounted as ‘just a coincidence’, luck, or just your imagination. The mystical, miraculous experiences I’ve had since childhood, the stories others have shared with me of divine assistance and moments of grace, as well as the miraculous healings I witness as a Reconnective Healing Practitioner, have changed my beliefs about what is possible and continue to transform my world for the better on every level of my being. That’s what I want for you, and why I’m sharing them in this book. I hope they inspire you to think and believe a little bigger and better than you did before you read them as you realize how Loved you are, Who You Really Are, and how possible the ‘impossible’ really is.

The miraculous experiences in this book are what fuel my life’s mission to share the truth of how Loved we are and how powerful we are when we align with the Love that is our Source of being. I hope these stories remind you of the God Within you and all life on this planet, that they awaken an awareness of the Love and well-being that is constantly flowing to you, and help you release the limiting beliefs that have kept you from allowing into your life all that your heart desires. We Are So Loved is my first book, and just the beginning of much more to come.
– Jill Lambert

Jill’s experiences since childhood and those others have shared with her of extraordinary care and assistance from the Divine, miracles and moments of grace, as well the miraculous healings she’s witnessed as a Reconnective Healing Practitioner, have provided her the tools and insight to overcome abuse, decades of health issues and a difficult marriage that finally ended in divorce after thirty-seven years. These experiences are what fuel her life’s mission to share the truth of how Loved we are, and how powerful we are when we align with the Love that is our Source of being. This, her first book, We Are So Loved, is just the beginning of much more to come.