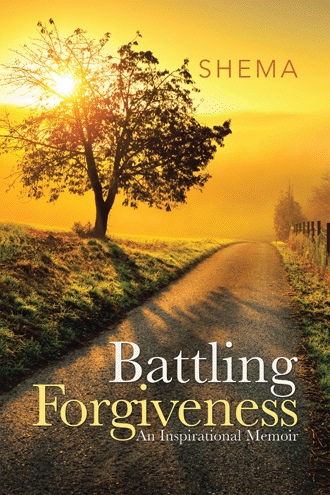 When I was five years old life was wonderful. I lived in the little village of Kaganza in Gitarama Prefecture of Rwanda. I lived with my mother and grandparents. They loved me very much. We didn’t have much and saying that we were poor was the right description of us. We didn’t have electricity or running water. We gathered wood to light the fire. This was fun for everybody in the village. We didn’t see it as a problem. I was the youngest person in the whole house. Everybody paid attention to me. I didn’t seem to miss anything. My grandparents were farmers. We ate what we grew and also had a few cows that provided milk. My other grandparents on my father’s side lived a mile from us. I only went there once and didn’t understand who they were since I didn’t know my father. I was told they were my grandparents but they didn’t really mean anything to me. The grandparents on my father’s side were well off. They had a lot of cows and large pieces of land to grow crops on. When I went there they feed me a lot of food and gave me things to take home. My life in the village was great. I had a lot of neighbors’ kids to play with. Besides playing I helped my mother to bring water home from the well. Also, I gathered wood to make a fire and cook dinner. I liked picking flowers in the woods. We played in dust and mud. None of us wore shoes. To church on Sunday I wore a pair. Church was a big part of my family life. At night the whole village was dark because there wasn’t any electricity. Our family sat in the back yard while my mother cooked dinner over an open fire. I looked up the sky and the counted stars with my cousins and uncles as they told fairy tales. My favorite one was about a hare and a hyena. The hare was smart and funny. One day, uncle Gilbert, my father’s young brother, came and knocked on our door. He invited my father to come to his parents’ house. Also, he wanted my mother to take me there so I can meet my father for the first time. Mother dressed me up in my Sunday dress and shoes. The dress was white with a lot of yellow and black flowers. My shoes had big flowers on them, also. I was excited to meet this new person in my life. So we went. When we got there I saw a white car parked in front of the house. My father stood next to it. He came over and lifted me. Then he asked me if I had ever been in a car before. I said no. He put me in the back seat to play. There was a lady inside. She was my cousin, I was told. Her name was Fifi and she was in her twenties. After he closed the door I saw him through the window arguing with my mother. They were yelling so loud and then father beat my mother. I cried and tried to get out of the car. My cousin Fifi held me so I couldn’t get out. Fighting back, I kicked and bit her, but she didn’t let go. Then my father ran to the car, got in, and locked the door. While the car moved quickly away I stood up to see my mother chasing the car and throwing rocks. She screamed, cried, and kept running. Soon, I couldn’t see her anymore. That was the last time I saw my mother. From crying so much I fell asleep. When I woke up it was dark. Still in the car I saw streetlights. It was kind of strange for me to see that. I remember my cousin telling me that we were in Kigali city. The car kept going until we reached my father’s big, beautiful, house. After we got out of the car I was introduced to his wife Christine. My father said, “This is your mother, now. You’ll call her Mama and whatever happened before never existed. You’re not allowed to tell anybody about what happened today. Do you understand that?” I nodded.

Battling Forgiveness tells the story of a five-year-old girl kidnapped from her family. Her father abducted Shema from her village of Kaganza in Gitarama Prefecture of Rwanda. Due to the political climate of the country, her father brought her to America along with his new family. While moving through the various stages of grief and trauma, God guides her through the path toward forgiving her dad, brothers, and stepmother.

Shema was born on 08/02/1983 in a small village in Rwanda. Her mother was a poor teenager who had been taken advantage of by Shema’s father who was her boss at first. Shema only got to spend 5 years with her mother until her father kidnapped her, and it has been 29 years since she last saw her mother. Shema was able to come to America in 2000, got free from her father, step brothers and step mother, and went on to become a mother, and a professional chef.