Since You’ve Been Gone

A Year of Firsts 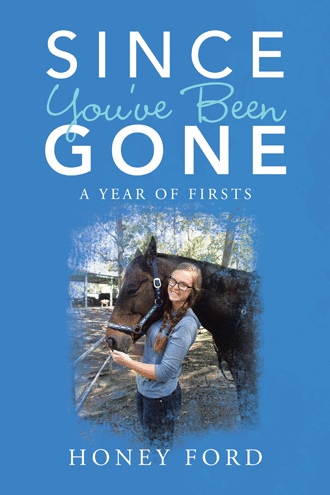 A Nurse waited outside the room with us explaining what they were doing. Nathan and I joked that Chelsea would be cranky that she would have to take yet another pill—this time for epilepsy! Shortly after, we were allowed to go back in and saw that Chelsea had tubes and wires everywhere! A Nurse checked her vital signs. I watched as she opened Chelsea’s eyelids to see if her eyes were still dilating when a light was shone in them. They were. I saw them—her beautiful blue eyes that were so bright. The Doctors told us that they would get her round to have a CT scan immediately. They packed up the bed with all the machines and monitors and took her away. As they were rounding the bend, another bed with a patient was coming down the corridor. The Nurses yelled, “Move! Move!” I remember thinking this was a full-on emergency, just like you see on TV on those ER shows. But it was Chelsea, my Chelsea. That was not right! When she came back from the scan, they asked us to wait outside again while they set her up in the room. When the Doctor called for us, he took us straight over to the far corner of the room to the computer screen. I looked around and noticed there must have been ten Nurses and Doctors all working around Chelsea. I was amazed to see this many people! Again, this was not a TV show I was watching. This was my daughter! The Doctor showed us her CT scan. We could see that it wasn’t right. There were too many grey areas. What he said next I will never forget. “She has bleeding on the brain. You can see here that it is all over.” He pointed at the screen and to all the areas around her brainstem. Fuck! We knew this wasn’t good. We knew we had a fight here. Inside, I was nervous about the future, about Nathan’s reaction, and the thought of her having another drain in her brain. Outside, I was calm, but it also felt like I was watching myself in the third person. We went to her bedside and held her hand. We cried and kissed her and told her we loved her. I knew this was the end for her. I knew what was coming. I didn’t want to prolong the inevitable on life support with a drain to release the pressure. She had been through enough. I said to her quietly as I kissed her forehead, “You can go whenever you’re ready, darling. I love you.”

On April 7, 2014, Honey Ford and her husband, Nathan, heard devastating news that would change their lives forever. Their seventeen-year-old daughter, Chelsea, had a brain tumor. In a candid story of love, inner-strength, and courage, Honey chronicles their heartbreaking journey from the moment they learned of the diagnosis through Chelsea’s continual challenges as she battled the disease through surgery and subsequent treatments. As Honey fought to keep her only child alive, she details how she became a passionate advocate for Chelsea, relayed news to family and friends, coordinated visitors, and organized a much-needed getaway to Fiji for the family. As the worst possible outcome became a reality, Honey reveals how she managed to get through the darkest of days and a year of firsts—one step at a time—while providing inspiration to others enduring similar challenges. Since You’ve Been Gone shares the true story of the tragic reality a small family endured after their only child was diagnosed with brain cancer.

Honey Ford and her husband, Nathan, reside in Brisbane, Australia. Their daughter, Chelsea, was just eighteen years old when she passed away in 2014 from brain cancer after a brave six-month battle. Honey believes that everything happens for a reason and that this is hers—to tell the world about her darling daughter.