Create Miracles Through the Power of Ink 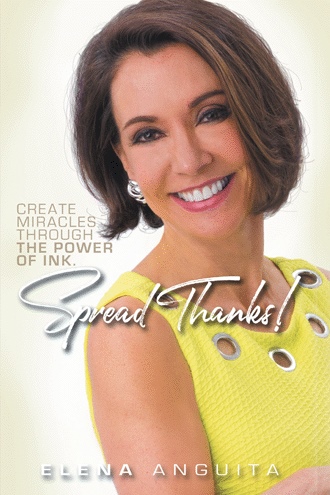 It was just an ordinary day and I was clearing out my bedroom closets, when I looked down and my heart caught in my throat. I saw my mother’s handwriting peeking out from under a stack of photographs and greeting cards from years gone by. I recognized her handwriting immediately. I could hardly believe it had been 10 years since she had passed away, so I was even more in awe of finding this treasure.

As I gently picked up the first card, I noticed several more from her underneath, and I wistfully decided to read each one that morning, despite the pangs of longing for her that I still felt in my heart. As I opened the first card, I could see it was a humorous one that she had sent me to congratulate me after ending a terrible job. As I read her funny note, in her unmistakable handwriting, I was instantly transported in time to the event that triggered the card. It felt like forever ago. I chuckled at her words and was reminded of her wit, bone-dry and somewhat sarcastic but, oh so sharp! How thoughtful of Mom to send me a card, and how like her to make a joke of it, in such a time of crisis. I loved that about her.

I smiled and eagerly opened the next one, which was a birthday card in which she had simply written, “Much love, Mom”. Again I felt transported back in time and I felt her presence, her love, and her support. I continued the exercise of opening and reading her cards, thoroughly enjoying the experience of traveling through time and feeling her with me again.

Then I came upon the last card, one she had written during her illness, and I noticed the stark difference in her handwriting, which was weak and especially hard to decipher. My eyes welled with tears as I felt a flood of emotions wash over me, this time recalling the dark days that passed from the time she was first diagnosed with lung cancer, to the chemo and radiation treatments, and her eventual death. I closed the last card and gently wept. It was quite the unexpected journey.

After a few minutes, I returned to my task, and that’s when my eyes caught sight of my grandmother’s writing. I called her Nana and just glancing at the envelope, her image sprung to mind immediately. My Nana was a petite woman, barely 4’ 11” tall, but with stately elegance and impeccable taste. She would walk into a room, shoulders high, in her matching outfit, stiletto heels, and gloves (of course) and people would stop and watch her. To me, Nana was, and always will be, the most elegant and loving woman I ever knew.

As I began reading her letter, I realized she’d sent it to me when I first went away for job training with IBM. As I felt her presence, a whole new set of memories came to mind. I remembered it was Nana who got the house ready for us when we needed to move back to America. It was she who would cook extraordinary holiday meals and she who made the best fudge known to man. But most especially, as I was reading her letter, I felt her loving energy, which was so patient, so sweet, so fabulous, and could only come from My One and Only Nana.

Eventually I made my way through the papers and cards, and near the end of the process, I found a card from my niece Kelly. It was a thank you note she had written when she was 11 or 12, thanking me, her “Aunt Elena”, for a birthday present. From the handwriting, I could tell Kelly was not yet in high school and sure enough, just from holding her card in my hand, I could see her in my mind’s eye at that age, full of energy and enthusiasm, such an affectionate child.

Kelly was one who was always eager for hugs and saying, “I love you.” Face beaming with a great smile, she would always see a glass as being half full. I felt a smile on my face recalling the famous Kelly story when she was learning to ride a bike and fell hard on the gravel road. She got up right away and looked at her Dad. Rather than bursting into tears, she exclaimed, “Daddy, daddy, did you see how far I went?”

As I closed Kelly’s card and tucked it back away with the others, I was amazed at the evocative power of handwriting. I was literally transported in time with each note I read and I felt the presence of those special people, conveying their essence and their state of mind just from the mere appearance of their words on those pages.

There was something very special not only about the notes but about the handwriting itself. Could I have stumbled upon something?

Very often, the simplest solution is the best. If you are looking to dramatically improve your life and leave a legacy of goodness to the world, let your thoughtfulness shine through. Lift your pen, and write a note of thanks. It’s that easy. Spread Thanks is both a book and a movement that just takes a few minutes a day but pays you back a million times over. Within this book, you’ll find out how, when, where, and why this practice is so powerful. There is so much to gain! Boost your peace, love, energy, enthusiasm, and prosperity—all of these are in your hands and in your handwriting. Try it today and you’ll soon be a believer!

Elena Anguita is a change agent, author, and speaker who passionately supports education, literacy, and helping people learn. She lives in Pennsylvania and works as an account executive for a leading American educational products company. With many national awards to her credit, Elena enjoys using her natural enthusiasm to advance creative and philanthropic endeavors. Drawing on her unique ability to connect people and ideas in miraculous ways, she launched the Spread Thanks revolution in 2017.