Misbehavin' A to Z 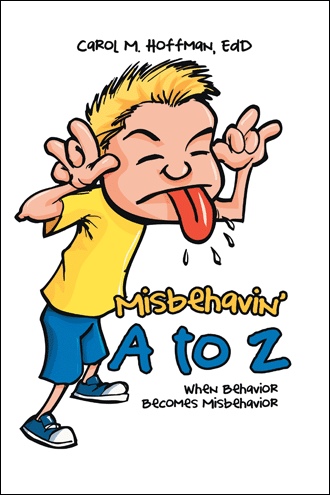 All of us are social creatures; we need and want others in our lives. However, too often we feel we don’t fit or belong anywhere. When people don’t feel they belong or fit in, they misbehave. We have learned how not to behave, and we are very good at it. We need common sense approaches to improving relationships among all age groups and cultures. Common sense approaches, ideas and tried-and-true methods abound in the book. There are stories to tell about real people. Some will make us laugh, and some will make us want to think more deeply about the way we are living our lives and developing long-term relationships. Learning more about ourselves is essential to becoming a happier, better-behaved person. Learning about others through stories, the Four Goals of Misbehavior and family dynamics can lighten the load.

Carol Hoffman was Director of Elementary Education for the Wilson School District in Pennsylvania. She authored four education books and co-authored two books on classroom management. Her most recent book was: Ethel - Child of Abuse, Woman of Grace and Courage. Children, parents and teachers are her favorite people. Her family is her greatest blessing.