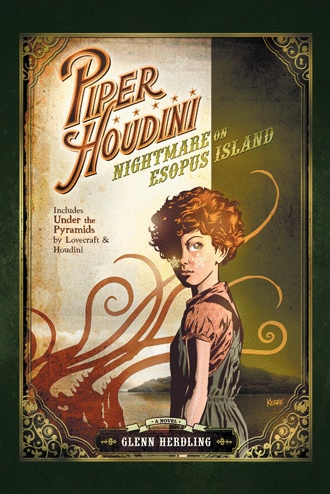 A crowd of fawning young women had gathered outside the Hotel Ambassador on Park Avenue and Fifty-First Street. The hotel was one of the first skyscrapers to be built in the city’s Turtle Bay residential district. But that wasn’t the reason for the shrill gathering outside the hotel’s rusticated and raised first story. Rumor had surfaced among the nearby and not-so-nearby residents that somewhere within the twenty-two story building a party was being thrown for the cast of Son of the Sheik. It was also said that Rudolph Valentino himself was staying in the top floor of the Hotel Ambassador’s stepped peak. A few weeks earlier, Valentino and his troupe had embarked on a nationwide tour to promote the new film. The critics had been heralding Valentino’s performance as one of the best in his career. It was Friday the 13th, a day that Valentino’s mother had always said was unlucky to undertake journeys or begin new projects. Valentino had heard that even the great Houdini, who was ordinarily without fear or superstition, would take no risks whatsoever on this day. Yet here he was, twenty-five hundred miles from his beautiful Falcon Lair in Beverly Hills. Outside the entrance to the hotel, police had erected barriers and posted armed guards. But the fortification was a pointless endeavor because at the moment, none of the movie’s cast was inside the building. The actual celebration was taking place a short distance from the Ambassador. A six-hundred-foot tunnel ran under the alley from the hotel to the Club Trocadero where the party was in full swing. Valentino, however, was not among the merrymakers. The thirty-one-year-old actor had returned to the dark tunnel hoping to sneak off for a quick tryst with his leading lady without fear of discovery by his agent or publicist. Or his bodyguard. Which may not have been the brightest idea, he thought, as a stocky silhouette emerged at the far end of the corridor. The figure approached him and Valentino shifted to the right to allow him to pass. The shadow also moved right. Valentino crossed to the left side of the tunnel. The shadow moved left. Oh, no. Not this again, Valentino thought. One of the hazards of being a movie star was that sometimes, pretentious men who had seen him brawl on the big screen would try to assert their masculinity by challenging him. Particularly jealous boyfriends. But despite the roles he played in the flickers, Valentino had never been much of a fighter. The figure stopped two feet in front of him. Though the underpass wasn’t well lit, the actor could tell that beneath his trilby hat the man’s features were categorically byzantine. But he couldn’t tell if it was a trick of the light or if his would-be contender’s hair actually gave off a reddish shimmer. “Rudolph Valentino?” the husky man asked in broken English. “Now look here, old sport—I don’t want any trouble,” Valentino began. The blow that followed was a delicate thrust to his lower abdomen. The actor put up his hand to ward off a second, much harder punch that he was certain would follow. But it never came. Valentino remained in a hunched position and gave his assailant a wary look. The strange-looking man tipped his hat and then walked to the end of the tunnel from which he had emerged. “I have some of the strangest fans,” Valentino mused, his voice echoing off the tunnel walls. 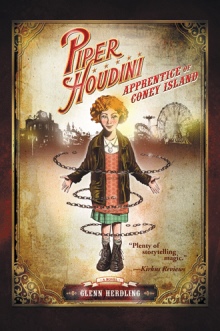 After running away from Houdini and his wife, saving wild animals from a raging inferno, and a breathtaking showdown with a vampire named Flapper, Piper settles in with the performers of the Coney Island freak show only to discover that she may be the greatest freak of all. As the summer of 1926 heats up, Piper continues the quest for her dark legacy. Along the way, she will encounter a variety of real-life luminaries from the 1920s, including the erudite author H. P. Lovecraft, the occultist Aleister Crowley, and a Rudolph Valentino zombie. Piper will need to use all the valuable skills she learns from her new friends to confront the lunatic who has been murdering sideshow performers. In this pulse-pounding conclusion to the tale begun in Piper Houdini: Apprentice of Coney Island, author Glenn Herdling takes readers from the rousing backdrop of the legendary Brooklyn amusement pier to a mysterious island on the Hudson River, where a sinister rite takes place that could enslave the human race—unless Piper and her unusual friends can stop it.

Glenn Herdling, a graduate of Bucknell University and post-graduate of New York University, began his publishing career in 1987 as an editor and writer at Marvel Comics. He was born and raised in New Jersey where he currently works in the healthcare and financial sectors struggling to make insurance documents read like plain English. He has contributed to numerous published works and has written over 80 comic books, including Spider-Man and Deadpool. Piper Houdini: Nightmare on Esopus Island is Herdling's second book in the Piper Houdini series.