I Love Who I Am 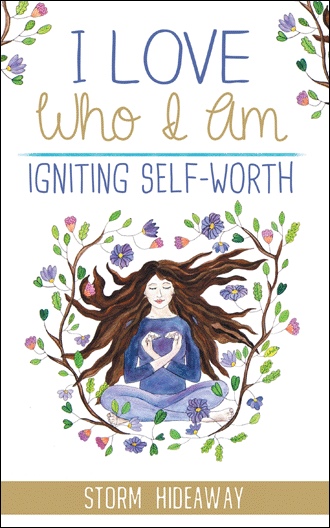 I deserve to be loved I spent years trying to improve the relationship; I was continually searching for something that would give us the possibility of being happy – of making him happy. But was he ever happy? I tried and tried to find ways to have the relationship I always wanted. The final realisation – or bells that rang in my head – followed a conversation with one of Evan’s close relatives. She said to me, ‘It’s not the country, it’s not Australia, it’s him.’ Instantly my eyes opened. I finally realised at that moment she was right. It wasn’t me, it was him. Nothing made him happy, and nothing was going to make him happy. No matter what I did, where I was in the world, I couldn’t make it better. It was who he was. More than anything, I was upset, hurt and annoyed that it took me 15 years to realise this. Somewhere deep inside, had I really known all along? On my last birthday I celebrated with him, I asked him if he could take me out for dinner – on a date. Unfortunately he was not interested in going out for dinner. He wasn’t interested in being romantic on my birthday. He just wasn’t interested full stop! He threw the credit card on the bench and said, ‘Here, go buy yourself something.’ Wow, is that all I’m worth? A two-second phrase? Those last moments were incredibly sad. They made me realise I was worth so much more. He may have loved me once, but he loved me in his own selfish way. I deserved better. I made the decision on 2 July 2009 to leave my husband. After thinking about it for weeks, I started making plans. I discussed it with my sister-in-law and brother, and knew I had their support to live with them until things settled. The night before, I packed a bag for the girls. I told Cielo that we were going to be spending the night at my sister-in-law’s place and that she would be picking them up from school. I had packed a bag for me and took half of my clothes. In the morning, Evan would always leave earlier than us, so I placed the things in the car, dropped the girls off at school, and tried to make things as normal as possible. I was nervous because I knew this was the only way to do it. He would have never allowed me to leave.   CHAPTER 16 – A frightening departure I received a phone call from Evan at work that day. He asked me, ‘Why are half your clothes missing?’ I was too afraid to tell him, I didn’t know what his reaction would be, so I said to him with fear, ‘You never know when I might need them.’ His words in response were, ‘You’ve got someone else. I’m going to your school.’ He turned up at the school in such a rage. Before he arrived, I told my colleagues I needed their support. It felt like a scene from a movie: they were hiding me behind a door so he could not see me. I didn’t know which door to leave the school, but eventually they got me out a back door. I realised then that he may have already gone to pick up the girls from school, so I rang my sister-in-law and asked her to pick up the girls straight away. However, she was over half an hour away and by the time she arrived, he had already picked them up. I knew that if I went home, it could become a fearful, dangerous situation. I didn’t know what he could do. I took refuge with my brother and asked him to come with me to chat with Evan. Then I rang Evan’s brother to be there too because he had been through a separation, and I knew he would be looking out for my husband’s wellbeing. When we got there, the girls didn’t want to leave him. For some reason they were protecting their father. I told him it was over and that I didn’t love him anymore. I packed some things and even though the girls hesitated, I left with them and stayed at my brother’s place. This was one of the scariest moments of my life. But when I made it to my brother’s house and I was away from him for the first time, I felt such overwhelming relief. I knew I had made the right decision. For the first time ever in my life, I put myself first. I acknowledged who I was and what I deserved in life. I deserved to be treated with kindness and respect and I deserved to be loved just as much as I loved back.

Growing up in Australia with non-English-speaking, hardworking parents, Storm struggled to find her place in the world. From a very young age, Storm’s inner world was plagued by a low sense of self-worth and acceptance. Marrying young and welcoming beautiful children was meant to heal her pain, yet this ultimately led to the most heart-wrenching and devastating time of Storm’s life. This is a personal story of Storm’s struggles with emotional abuse that led to depression, her search for peace, and her enduring hope for the future.