Tap into the Power of the Universal Rays 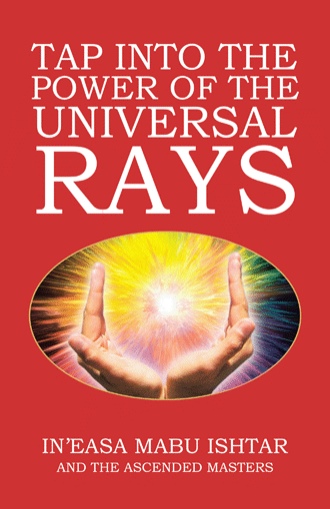 The Universal Rays support the soul to remember to learn what they have come to the Earth to master and experience in each lifetime. Before the soul incarnates, specific Universal Rays are assigned to you in various expressions of your experience in the physical form. These rays assist and support you to become a master of this creation principle at some level. The Universal Rays hold all a polarity of vibration for each of the creation principles. When we work with them on the Earth we are often galvanised into duality because of the density of consciousness that we may hold. We may find it difficult to understand that there are many possibilities any wave of polarity. Our mind often attaches itself to one duality instead of flowing along the potential of the wave the polarity. The 13 Ascended Masters have each mastered these waves of polarity from one potential to the other through their own experiences in matter. It is this mastery that they offer any soul who is choosing to anchor their soul mission. The Ascended Masters explain that every soul is working with the Universal Rays on the Earth in some way. Each soul is assigned particular Universal Rays so they may lift their consciousness to a higher evolution. The soul does this though their own unique expression and this affects how they choose to create their reality on the Earth. When you have an understanding of what Universal Rays govern your experience and expression on the Earth then you may better understand what drives you to behave in a certain way or make the choices you make. The Universal Rays include the seven principles of creation that are held by eight of the ‘Masculine’ Ascended Masters and five principles of creation that are held by five ‘Feminine’ Ascended Masters. The first seven rays govern learning through the action of doing and manifesting on the Earth. In other words, how you behave and act. This consciousness governs all that you need to learn and master in yourself through your interaction and experiences on the Earth. Where these seven Universal Rays fall in your Soul Chart shows you how you express and work with this consciousness in your life to create the reality you are choosing to live on the Earth. The Universal Rays show you what drives you to make the choices you make, and how you can lift this consciousness to a higher polarity of vibration and create a different reality, if you choose to. The five ‘feminine’ rays hold the consciousness that you are asked to permit yourself to receive. When you do this you receive the support you need to master the first seven creation principles. These five Universal Rays show you what you need to receive so you may be nurtured, supported, regenerated and energised on your journey on the Earth. These rays ask you to let go and surrender so you can receive what you need. Yet, it is these five rays that are often the most difficult to master. When you choose to receive with an open heart, you learn to co-create with God, instead of believing you have to do it all on your own on the Earth. Sometimes we only want to do it on our own or feel we have to do it on our own. The Ascended Masters say that in between incarnations every soul meets with their Ascension Council and it is at this time that the Universal Rays of creation are assigned to the soul for your next incarnation. Some of the Universal Rays remain with you for numerous lifetimes and some just for one or two. Every ray helps you in some way to evolve as you learn or experience a creation principle that supports you to step into soul mastery. During a Universal Ray Healing, the healer channels the Universal Rays from the 13 Ascended Masters that govern the rays. The healer has been trained to do this and has undergone specific energy attunements that allow them to open their Lifelight Chakra and receive these rays from the Ascended Masters, and therefore to impart this energy to the person they are healing. The codes held by the Universal Rays are then shared with the consciousness of the soul that may be in resistance to learning what the soul has come to master. These codes help the soul to let go their attachment to this resistance and assist the soul to accept a higher potential on the wave of polarity they are working with at the time, so they may embrace their mission in the Earth. Initially, there may be resistance and emotional reaction when a person begins to receive the Universal Rays because unconscious energy may arise. But after two to three sessions this begins to shift and the soul’s consciousness begins to rise to a higher vibration along the polarity of the Universal Ray. In other words, the soul awakens to a new way of seeing their reality with more insight and clarity. In this way, your consciousness begins to change and you are better supported to live a life that is fulfilling. You may begin to see possibilities and potential instead of obstacles and struggle.

International teacher and channel In’Easa mabu Ishtar has spent more than a decade learning at the feet of the ascended masters. In Tap into the Power of the Universal Rays, she shares a roadmap to charting and following our soul’s mission that provides insight as to why we make choices and how to look inward to attain our true purpose in life. Ishtar relies on her experience channeling the ascended masters to guide others on an introspective journey of self-mastery for the soul. Through twelve creation principles of the universe, Ishtar leads spiritual seekers down a path of enlightenment where they will learn what they have come to Earth to master and experience in each lifetime, and then transfer that knowledge to today’s world to attain their highest potential and create peace and harmony. Tap into the Power of the Universal Rays shares twelve principles that guide others to chart the journey of their souls and, in the process, realize happiness, abundance and success.

In’Easa mabu Ishtar is an international spiritual teacher, counselor, and master channel who has worked with the ascended masters for more than ten years. A journalist who worked for such magazines as Cosmopolitan, Good Housekeeping, and Family Circle, Ishtar is now a publisher of licensed titles that include Your Destiny magazine. Today, Ishtar lives near Sydney, Australia.