Physical to Metaphysical in Four Steps and One Giant Leap 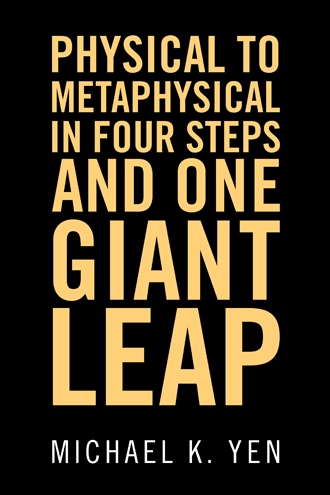 When René Descartes declared that “I think therefore I am,” he implicitly reduced the mind to a kind of material, i.e., a thinking substance. And when Isaac Newton declared that “God in the beginning formed Matter in solid, massy, hard, impenetrable, moveable Particles...so very hard, as never to wear or break in pieces,” some made science into a form of materialistic religion and anything that wasn’t matter didn’t matter. Then Darwin introduced Newton’s materialism into biology, “survival of the fittest” and inheriting desirable traits became the essence of life, and in Social-Darwinism, greed and accumulation became the natural virtues of society, segregating one individual from the next, one country from the next, and humans from all other species. In this way, all aspects of life were affected: The physical sciences had nothing to do with ethics, philosophy had nothing to do with the arts, and the order of the universe had nothing to do with the way in which we should live. In such a world, Jacques Monod advises Man to wake up to “his total solitude, his fundamental isolation. He must realize that, like a gypsy, he lives on the boundary of an alien world; a world that is deaf to his music and as indifferent to his hopes as it is to his suffering or his crimes.” No ghosts, no gods, not much good. In this totalitarian materialistic environment, let’s have the courage to remember that our physical reality is guided by a system of unseen forms which are so powerful that even though they don’t carry any mass or energy they are really “what is real.” The ancient Taoists posit that all creation emerged from Nothingness. The ancient Greek philosophers saw an underlying reality of perfect forms from which our physical world is projected. The major revealed religions all teach that this earthly life is but a preparation for the real world of the spirit. Classical great thinkers have variously come to very similar conclusions – WHAT APPEARS MATERIAL IS NOT, REALITY IS NOT PHYSICAL. 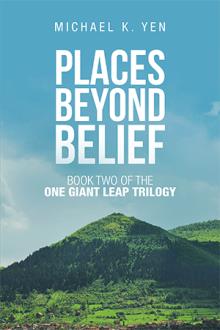 In this study of human consciousness, Dr. Michael Yen, a Jungian analyst, uses the concepts of C.G. Jung and the discoveries of quantum physics to write about physical reality and the “realm of the world we can’t see” of nonmaterial reality. In the book, the author carefully lays out the four-step process (followed by one giant leap) that helps people separate themselves from their body, emotions, and thoughts in order to embrace the energy that consists of everything in the universe, leading to a chance to connect with one’s true self. Using his own real life experiences, Dr. Yen describes how he learned to go from physical reality into the metaphysical ultimate reality. This book will appeal to readers who are interested in metaphysics and spirit-mind-body integration.

Michael Yen was born in Hong Kong when it was still a British Crown Colony. At the age of three, his parents immigrated to the United States, but he remained in Hong Kong at the insistence of his paternal grandfather who wished that he learn some Chinese culture before immigrating. He went on to teach Michael to recite Tang poetry, play Chinese chess and the basics of Taoism. After joining his family in Los Angeles at the age of ten, Michael became a Sci-Fi nerd and started a UFO club at his junior high. At the age of 18, he surprised everyone and joined the U.S. Army Reserves without telling anyone in advance. A more mature man returned and began studying at SF State University. During the last year of his graduate studies in International Relations, Michael passed the Foreign Service exam and was offered a position by the United States Department of State in 1990. After serving at Washington, DC and overseas in Taiwan, Japan and the People’s Republic of China, Michael was posted to the U.S. Consulate-General in Hong Kong where he declared as a member of the Baha’i Faith. While in Hong Kong, Michael was elected to the Local Spiritual Assembly of the Southern District and later to the National Spiritual Assembly of Hong Kong. After meeting his future mentor, Professor Heyong Shen at a diplomatic function to celebrate the professor’s achievement of becoming the first internationally certified Jungian analyst in China and the visit of a U.S. delegation of leading psychologists, Michael became interested in psychology. Invited to join the doctoral program at Professor Shen’s university in 2002, Michael leapt at the chance. Following a minor international incident, Michael was permitted to become the first active duty foreign diplomat to concurrently hold international scholar status and enjoy unrestricted access to a university campus in the history of the PRC. In 2005, Michael resigned from the Foreign Service to take care of his disabled mother and to focus on his doctoral dissertation. In 2006, Michael completed the oral defense of his dissertation in China and was awarded the degree Philosophiae Doctor. Michael worked as a therapist in Guangzhou and served as consulting psychologist for the Zhuhai International School, but also spent time with his mother. When his mother’s health deteriorated in 2009, Michael relocated permanently to San Francisco. In 2010, Michael married Cathy, a woman he met on a plane nine years earlier. After “One Giant Leap,” Michael is working on a second book, “Places Beyond Belief,” that details their exploration together of the multitude dimensions of human consciousness.