Half a Lira’s Worth

The Life and Times of Vivronia 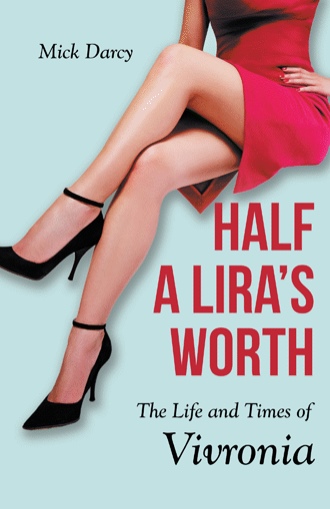 Vivronia was born a girl in the male-dominated Eastern/Arab society. Her mother rejected her at birth because she had black moles on her face and neck. Throughout her childhood and youth, her mother convinced her that love and marriage could never be possible for her. So what opportunities were there for a tall, fat, ugly female with the world in turmoil around her as she tried to survive the Lebanese Civil War? She had to create her own opportunities.

Aged twenty-three years, she met a man, gave him “half a Lira’s worth,” married him, and obtained a visa to migrate to Australia as his wife. In line with the Eastern culture, sex was his privilege and her duty only. It was a matter of being “out of the frying pan—and into the fire.”

In Sydney, five years later, with her two infant sons, she deserted her violent husband to become a single mother on welfare. The welfare system paid for the removal of her facial moles turning the “ugly duckling” into a “beautiful swan.”

Aged forty-five years, after a “singles without partners” party, she was seduced by a tall handsome lover who taught her Western culture lovemaking, where women are allowed to enjoy sex. She became belatedly addicted to it.

During the ensuing five years, she climbed up the social ladder and married a prominent recent widower to secure her social and financial standing. But her past life of guilt and shame caught up with her.

The reader is left with the question, was she a conniving female gold digger using her sexuality to obtain more of what she was not entitled to, or was she the victim of her lifelong fractured environment, forced to survive on her own in a male-dominated society?