The Gift of a Peaceful Death 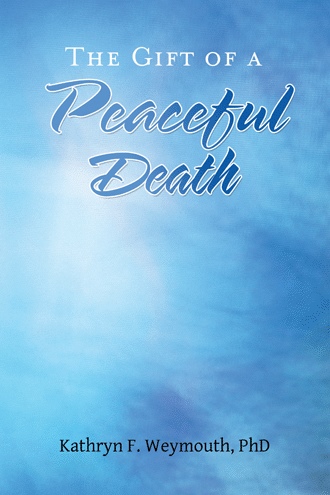 Healing Touch When I first became a nurse, I worked swing shift and every patient got a back rub at bedtime. We had that human touch of just doing that calming thing of rubbing somebody’s back before they went to sleep for the night. So Healing Touch kind of brings back that old basic of nursing, that human touch. There is so much of the mechanical and electronic going on now, especially with hospital patients that they don’t really get touched. Some people don’t want to be touched or to receive Healing Touch, which is fine, because it can be done without ever touching the body. What I want people to know is that it’s just another modality, another treatment that, if they can open their minds to it, may benefit them more than they can imagine, and that it can complement any treatment that they are already doing. I believe that the more people who experience the work, and the more who talk about it, the more it will become incorporated into mainstream medicine. Patients are going to ask for it because they are not all about medications, they don’t want to take medications and deal with the side effects, and sometimes medications don’t do the job. One day I was doing a session with a patient in the hospital and the doctor waited outside the door until we were finished. When he came in he said, “I wish you could be here every day.” What a wonderful acknowledgement of the benefits of the work. Massage Therapy Massage therapy is also a human-to-human relationship that provides many benefits that we don’t often think about. It creates a space for people to talk about the things that are important to them, like their families, and the time for life review. It helps bring order out of chaos; there’s something about touch that helps bring a sense of order and calmness. When a person gets a diagnosis of cancer, let’s say, but it could be any type of serious illness, the limbic system goes bonkers and you can hardly think. That happens all along the way, and when in the hospital it is traumatizing for people, there is a lot of chaos, it’s really hard to settle down. With the benefit of massage they are able to make decisions more easily and they have more clarity. When you can calm the limbic system it will naturally have some effect on a person’s levels of pain and anxiety. Acupuncture I got a call asking if I would be available to do an acupuncture treatment on a young woman who was dying of colon cancer. There was a portal backup, so she was completely jaundiced and swelling and couldn’t breathe, and of course there was anxiety and panic over her not being able to breathe, just kind of suffocating. I checked the acupuncture point on her wrist that opens up the chest, did that point and a couple of others and she started to be able to breathe; it was a dramatic difference. Her parents called me later and asked if I could please come every day, so I went daily until she died. Aromatherapy The essential oil Jasmine is used for depression, it just generally uplifts people when they are in a sad state. Rose is another one that’s really good for both pain and depression. For nausea, any of the mints, spearmint, peppermint, they’re all excellent, and lemon is another great one. You can make ice cubes from these, just one drop of the essential oil in an ice cube, and if a patient is not doing well and can’t take much nourishment, sucking on a small ice cube can sometimes bring huge relief. Music Therapy There are times when a patient is referred to me [for music therapy] who is so close to the end that it is not possible to have a conversation but we create ways to communicate anyway. [One patient] was no longer verbal but we came up with hand gestures for yes and no and skip. I was able to come up with a handful of songs that were particularly meaningful to him. At one point he put out his fist for a fist bump because he really loved, “Have You Ever Seen The Rain” by Creedence Clearwater Revival. A few days later I stopped back in his room to do a routine visit and his brothers had come into town. [They] asked me to play a few of the songs that he had stated were his favorites, so I played softly in the background while his brothers said their final goodbyes. They were very deep, meaningful, poetic, loving goodbyes. I continued playing his music softly for him in the background, and within thirty seconds of them leaving the room his heart stopped beating and he took his last breath. He died there to the tune of his favorite song. I got a nurse and they pronounced him, they called his brothers and they came right back into the room for a very tearful goodbye, appropriately so, and hugged their brother one last time. I asked if they would like me to continue playing and they said yes, play him a hymn, so I played “The Lord’s Prayer” and that was the final song that I played for him. I felt the love they were emitting, they were oozing love for their brother, their baby brother. That to me was beautiful. Palliative Care The big tragedy in end of life in the United States is not so much those who die alone, but for those who have not been with them on the journey in the last months, leaving them isolated and lonely in a nursing home. The person who dies, their suffering is over, but for the people who weren’t with them, they have missed out on one of the most important things that life has to offer. 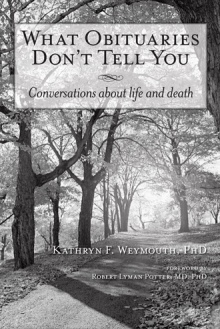 Many times you will hear people say that they don’t fear death but they do fear what they may have to endure before they reach that final passage. Relying on medical interventions and pharmaceuticals alone often does not bring the peaceful death that people hope for, but by integrating complementary and alternative methods with Western medicine the possibility of having that ease at the end is significantly heightened. In this book you will read accounts by practicing professionals on how and when they use complementary and alternative modalities with their patients and clients. You will read about the many uses of energy healing, including how a hospital chaplain uses it to ease the pain and fear of patients who are on a medical ventilator. You will read about nurses who use essential oils to induce relaxation, reduce pain, and eliminate nausea. The music therapist shares stories of how music can soothe, elevate mood, and bring families together at the end of life. You will see how simple massage techniques can reduce pain and stress and lower blood pressure, how acupuncture can ease symptoms and in one case restored a patient’s ability to breathe. With the probable exception of palliative care physicians, your medical provider may be prohibited from suggesting these be part of your treatment plan, but you, as the patient, or a family member, can ask for them. Creating an integrative treatment plan is consistent with the philosophy of hospice care: treat the whole person. The founder of the modern hospice movement, Dame Cicely Saunders, MD, saw the suffering of people with terminal illnesses who did not have adequate pain relief, who were lonely and isolated, and who felt spiritually bereft. This book shows how the complementary and alternative methods discussed fit perfectly within the model of holistic care and palliative medicine.

As an experienced counselor, researcher, and author, Dr. Weymouth looks at aspects of end-of-life care, dying, and death from an integrative point of view. Since being certified in Healing Touch through the Healing Touch Program™in 1997 she has seen the benefits that energy healing and allied practices can bring to people suffering from pain, anxiety, restlessness, and fear. She brings awareness of these practices, how and when they are used, and the outcomes through her counseling and healing practice, writing, speaking, and teaching. Holding a PhD in psychology, certified in Healing Touch, and credentialed as an Advanced Practice Hypnotherpist she brings a combination of skills and perspectives that can best be described as holistic and integrative. kfweymouthphd@gmail.com kweymouth.com Other books by the author: What Obituaries Don't Tell You: Conversations About Life and Death A Way Through: Healing From Loss. A Workbook.