Running the Marathon with Cancer 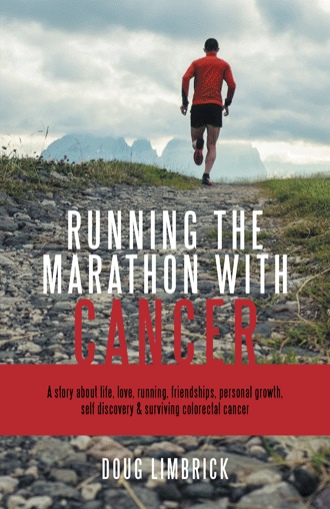 This is the story about a personal journey that started with a diagnosis of colorectal cancer while the author was training to run a marathon, involved lots of treatment, many complications, a long period of rehabilitation, much love and support, a considerable number of learnings and personal growth and finally no cancer. The book starts with running a marathon with cancer and finishes with running a marathon without cancer. A few days before the author was to run a marathon he was advised that he had colorectal cancer, that it was large, had been there for some time and needed to be removed as soon as possible. This was a shock because he was extremely healthy and very fit, having spent three months training to run a marathon. Furthermore he hadn’t had a sick day from work in 20 years and had been a runner for 30 years. The diagnosis was not only a surpise but also a blow to his ego. The story continues with an account of the treatment that was provided starting with the first surgery to remove the cancer. The author talks about what it was like to have major surgery and what the impact was on him physically and psychologically. Then came complications, which lead to six months of chemotherapy and five weeks of radiotherapy. Having been a runner for 30 years there is a running theme throughout the book including a desire to get back to running. There are some stories about attempts to get back to running during the various phases of treatment. At one point the author tells about starting back running during the period of chemotherapy in an attempt to regain some fitness and distract from and assist with the side effects of the chemotherapy. This happened during a period of five weeks of continuous chemotherapy infusion. To be able to run he had to carry a black box in one hand, which contained the chemotherapy and was connected to his chest by a tube, which delivered a dose at predetermined intervals. Having received some strange looks from people he concludes that he and his black box must have looked rather strange to those people he encountered. Just when it looked like the treatment had finished problems arose because of the radiotherapy and further surgery was required. Unfortunately during the surgery he contracted septicaemia, which led to a near death experience, more surgery, two months in hospital (including two weeks in intensive care) and other complications (pneumonia, infections and liver problems). Finally he left the hospital weighing 52kg (115 pounds), unable to walk without help and needing lots of support. A long process of rehabilitation started at that point. Friends and friendships, what they meant and how they grew, are an important part in the story. The second part of the book deals in some detail with some very important questions: • Why did he get cancer; • Why did he survive; and • What did he learn? As T.S Elliot said: “We had the experience but missed the meaning”. The author comments that it took a considerable period of time to explore these important questions, to write about them and share his insights and conclusions. The last chapter in the book looks at life after the experiences with cancer and the application of what was learnt to life without cancer.

A few days before Doug Limbrick is to run a marathon he receives a diagnosis of colorectal cancer. The large mass has been there for some time and must be removed at once. What a shock for a healthy, fit man who hasn’t had a sick day from work in twenty years and has been a runner for thirty.

In his memoir, the author shares what it is like to have major surgery that impacts him both physically and psychologically. Six months of chemotherapy and five weeks of radiotherapy bring complications. Yet Doug returns to running during chemotherapy in an attempt to regain some fitness and distract himself from the side effects of weeks of continuous infusions. He runs while carrying a black box that delivers the chemotherapy drugs through a tube in his chest at predetermined intervals.

Living through more surgery and complications from septicemia and pneumonia, he leaves the hospital after two months weighing 115 pounds (52 kilograms). The long process of rehabilitation begins, with the help of some very good friends.

Doug raises some important questions. Why did he get cancer? Why did he survive? And what did he learn? The final chapter looks at life after cancer and the lessons Doug gleaned from his illness and recovery.

Doug Limbrickis a keen runner who also has had cancer. Author of many journal articles on social policy issues and several books on nineteenth century Australian history, his experience in marathon running led him to write a comprehensive guide to running your first marathon. But writing his memoir—about being extremely fit and healthy with a cancer diagnoses—was a new challenge.