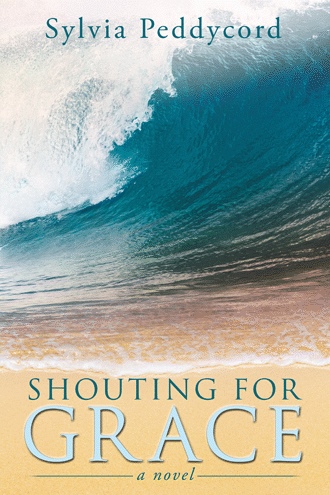 The glare of the desert sun bounces off the hood of my car and makes it difficult to see God’s Warning. A car horn blares as I drift into the oncoming lane. I slam on my brakes and my Volvo careens into a shallow, sandy ditch. Tilted up toward the billboard, I have no choice but to see the warning: DON’T MAKE ME COME DOWN THERE —GOD. I’m on Highway 60 outside Cabazon, heading toward Palm Springs. A few cars slow down as they pass but none stop. The drivers staring at the maniac who drove into a ditch for no apparent reason don’t see the billboard. Anyway, the warning from God is just for me. I reach for the door handle to get out of the car, but my brain has other ideas. I turn in the opposite direction and look over my shoulder, again and again, and struggle blindly to find the handle. My neck hurts and my heart races as I attempt to grasp the handle and turn my head in the opposite direction at the same time. Turn. Turn. One more time. Look over my shoulder to the right twice. My physical self fights against my mental self and I’m stuck in this car. The compulsions are back. I turn my head two times to the right, my body using this compulsion to stop my mind from thinking about what I did to her. Three more times to the right, that’s the last time. Just two more. Look over my shoulder. Then again. Once more. I have to face my fears to get rid of this. That’s what my therapist told me. Okay. Just a little Exposure and Response Therapy while sitting in the ditch. Think about Grace and control my actions. Think how well she is doing without me, then don’t give in to my compulsion for three deep breaths. Then think about her, and go for four breaths. My past exploded into my present life this morning when I turned on the computer to check the message board on my “Travel with Joella” Web site. In the kitchen/office in my 1940's home in Pacific Beach, I thought I was safe from the past. Bustling, loud, and full of tourists, Pacific Beach became my favorite part of San Diego when I arrived ten years ago. As soon as I saved the down payment, I bought the little beach bungalow because I wanted to belong somewhere. A place where I could belong but where no one knew me. I opened Outlook and the emails downloaded. A message from my sister, Kate, popped up. Even though I rarely acknowledged her emails, my heart jumped each time one came in. I got up from my chair and poured myself a cup of coffee. After the strong, resuscitating smell hammered a passage to my brain, I double clicked to open her email. The telegraph-like message read: Urgent. Can you come home? We are having a problem with Gracie. What kind of problems could they be having? She was only twelve. Was she ill? Did she get hurt? If they thought they could get me back there by using my daughter─ well, that wasn’t going to work. And no way on this green earth was Grace coming to me. We’d tried that already. So what was it? Was she hurt? Was she hurt? My mind sticks on the image of her hurt and nothing will stop the landslide that is going to take me down that dark path that spirals me to darkness. The compulsions find their way back into my brain and my old ‘habits’ take root. The habits that rendered me helpless four years ago and caused me to send Grace away. Movement. Repeat. Movement. Repeat. Those are the habits I am talking about. I had suggested her name. Grace. Not Gracie. I hate the way my family sticks that “ie” onto the end of every name. As if the “ie” tacked onto a name could make someone cuter, nicer, less likely to do bad things. I had proved them wrong. When I left the South, I left “Ellie” behind and chose a name no one would associate with “ie.” Joella Paloma Hartley. My sister, the former Katherine Annabelle Hartley, is called Katie. By some. Not me—she gets to raise my daughter.

Ellie Hartley’s carefully controlled life explodes when she faces the billboard: Don’t Make Me Come Down There—God. Ellie lives in San Diego and has built a life that allows her to function with her compulsive tendencies under control. She fled from her North Carolina home ten years earlier to escape the rituals that rendered her helpless. The message from God forces her return to face both her eccentric family and her twelve-year-old daughter Grace, who is showing signs of obsessive compulsive disorder. Ellie attempts to reconnect with Grace after a long separation. But Grace, hurt, confused, and angry that Ellie abandoned her, runs away. Ellie is diagnosed with breast cancer, and her OCD returns in a fury. Back in San Diego, she attempts to help Grace while being treated for cancer. Her perceptions of her past are turned upside down when she uncovers a stunning secret about her family, a secret that has defined her life. Shouting for Grace explores how childhood experiences and perceptions shape us as children and adults and how fear can define us. Sometimes funny, sometimes sad, and often both, Shouting for Grace celebrates the indomitable human spirit.

Sylvia Peddycord lived the first twenty-two years of her life in North Carolina. After graduating from UNC Chapel Hill, she moved to Southern California. Shouting for Grace is her first book. When she is not at the beach or spending time with her grandkids, she is writing.