What Your Body Is Telling You

And What You Can Do About It 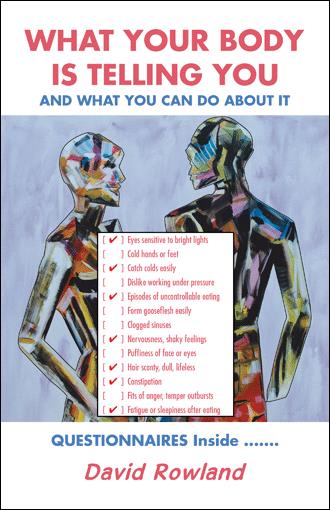 Long before any disease shows up, changes happen in your body that indicate things are not working as well as they should. These may be pesky little discomforts and inconveniences – things that we take for granted, not realizing that some can be early warning signs of a serious health condition. Many people have been given a clean bill of health by their doctors, only to drop dead from a heart attack days or weeks later. This is because electrocardiograms can measure problems with the electrical activity of your heart only after they have occurred – and stress tests can indicate problems only after coronary arteries have been at least 70 percent blocked. Neither of these tests are predictive of what could happen in the very near or distant future. Studying the subclinical symptoms presented in this book enables you to predict in which disease direction your body may be headed, if you do not take corrective action. This knowledge empowers you to take pre-emptive nutritional measures to prevent what otherwise could be inevitable. 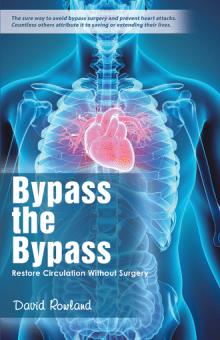 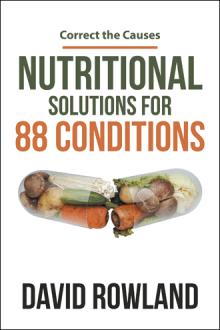 The questions in this book are used by practitioners to identify health conditions that don't yet show up on lab tests. Your answers enable you to correct small health problems before they become big challenges. This is true prevention.

David Rowland is Canada’s foremost expert in holistic nutrition. He is publisher of Nutritiapedia®, the free on-line nutritional encyclopedia – and creator of the Nutri-Body® system used by natural health practitioners for determining nutritional and biochemical weaknesses. David founded the Canadian Nutrition Institute (1983), the Nutritional Consultants Organization of Canada (1983), and the Edison Institute of Nutrition (1996). He is also court recognized as an expert in complementary medicine.