An Adoption Story in Three Voices 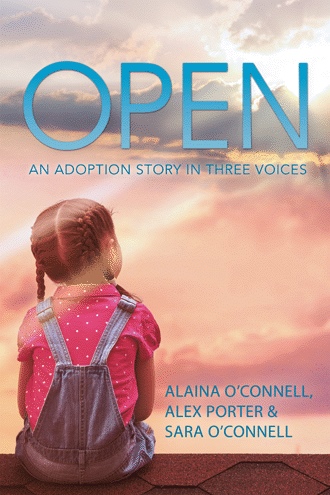 Preface This is a true story, and like many true stories, it does not follow a scripted format. It began as a gift to my daughter Sara. I wanted to tell her the story of her adoption, of how she was loved, wanted, and valued. I enriched the story with photographs of smiling faces and happy endings. It was to be my gift to her when she came of age, before she met her birth mother. Actually, I began writing it before she was born. I would stand beside her little crib and pray for her spirit to hear mine and respond to my voice through the firmament. I wanted her. I would be a good mother. My husband dreamed of having his own child. It was a prayer—a prayer that was answered. After Sara came into our lives, I began writing nightly entries into a journal, chronicling the rollercoaster ride of the adoption process. I softened some of my feelings because I wanted to protect her from all the grown-up happenings surrounding her life. My journaling was truthful, but it left out much of the story. Maybe it left out most of the truth. When I finished my story, I sat for months pondering the impact of my own writing and the love that poured onto the pages that Sara would one day read. However, with time, I realized that only half of the story had been written. One half had not—her birth mother’s half. We had been in communication throughout the adoption process, so it was easy for me to call one evening and tell her what I had done. I asked her if she was ready and willing to tell her story, too, so that Sara would have the whole legacy of her beginning. Alex, her birth mother, wholeheartedly agreed, and within a few months, she sent her half of Sara’s story. I was awestruck by the simple, healing honesty of this young woman, who had given my husband and me such a wondrous gift at a great cost to her. She had no idea what the cost had been to us. The journal sat in a box for several years as we added to our story: the changes in our lives, our fears for the future, and how to tell Sara about her adoption. In the course of time, there emerged another story within the one we had written: the unique relationship between Alex and me. Most of my friends who had adopted wanted nothing to do with the birth mothers; there was a sense of ownership, a territorialism, toward the child. By not allowing birth mothers into their lives, the birth mothers didn’t exist. But Alex did exist. I saw her every time I gazed into Sara’s eyes. I did not own Sara. Our story is real. It was sometimes tragic, like life. Yet, on some level, the guts of our story had been left out of the journal. Finally, eight years after we began, in a conversation as casual as one over a cup of coffee, Alex and I decided to rewrite it and tell the whole truth—the real story. And so, what began as a journal for Sara evolved into a journey of two women whose love for one another grew over the years and who promised each other to do the right thing for the child they both loved. This is that story. All names have been changed to protect the privacy of the people involved. We hope that we have done that respectfully; that was our intent. The story meanders at times because we must tell you who we are. We must show you where the scars are hidden. We must say it straight, without sugar or manipulation. This story is for every woman who considers adopting a child or who considers giving her child up for adoption. It is about how complicated life is and how destiny plays a great role in each of our lives. It is about a windy road that leads to a salvation of sorts. This story will never end. It was written for the love of Sara and for what it means to be truly O P E N.

Open is a story of open adoption. It speaks to anyone who has adopted a child, has or wants to adopt a child, or who is contemplating giving a child up for adoption. Open brings an honest humanity to the people affected by open adoption, revealing the fragility and courage of the human spirit. Open will open your heart and mind to this ever-changing experience. More than anything, Open is a true story of two women whose voices will ring true, raw and triumphant, and whose love for one child will change their world forever. Ultimately, there is a third voice, the adopted child herself, speaking as an adult who reflects on her own journey and gives testimony to the power of open adoption.

Alaina O’Connell teaches writing to elders who want to leave a written legacy to their families. She brings the totality of her professional life as an English and writing teacher, counselor and group facilitator to her work with elders. Alaina is the mother of four children, and it is her experience as a biological and adoptive mother that drives her desire to bring her own story of Open Adoption to the world. Alex Porter put her first daughter up for adoption in 1991. She has been an honest speaker at adoption forums that seek information about the experience of open adoption. She is a business owner in the northwest where she is raising her two daughters. Sara O’Connell is the adoptive daughter of Alaina and the biological daughter of Alex Porter. She shares her insights about the open adoption experience from a personal point of view. She is a registered nurse.