My Life as a Mongolian Contortionist 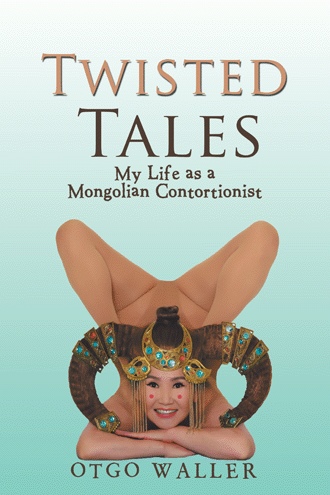 At age seven, Otgo first fell in love with the beautiful art form that is contortion; and since then, she has never changed her mind. Throughout her life, her goal of being one of the top contortionists has not been a smooth journey. From the grasp of a socialist country, she escaped a morose childhood and transformed herself into a world famous performer. This is the story of Otgo reaching for the rare treat of success that seemed almost impossible as any challenge could have overtaken her. Since she was armed with intense devotion to her success, contortion saved her life and gifted Otgo with many opportunities.

Otgontsetseg (Otgo) Waller was born and raised in Ulaanbaatar, the Mongolian capital city. She now lives in Nevada with her husband Andrew and their eighteen-year-old daughter Emily. She has been a professional contortionist for 30 years, having an international recognition and awards, and she just recently opened her own business, Flexible Body Art, where she trains people in the art of contortion as well as flexibility and choreography. Her hobbies include meditation, traveling, and visiting old museums and temples. Twisted Tales: My Life as a Mongolian Contortionist is Otgo’s first book. Please visit Otgo’s website at www.Flexiblebodyart.com