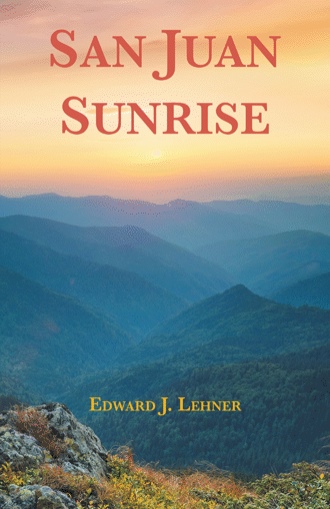 Jennifer Kathryn Morse was twenty-five years old, five foot ten, and lean and fit from a summer of backpacking and living in the San Juan Mountains in southwestern Colorado. She had cold, gray eyes and dirty-blond, shaggy, dreadlocked hair from cutting it herself with her knife and bathing all summer in cold mountain streams and waterfalls. Jenny had spent another summer living in the high country. She loved being alone up in the mountains, which seemed to console her, like a mother she had not ever known. But it was getting late in the season and getting very cold at night, the chill barely leaving during the day. She was not at all equipped for cold, her gear being barely adequate for summer. She chastised herself for prolonging her trip down to the cabin where she had spent last winter. It was time to head down, which was a long two days of hiking through rough terrain. Nobody knew where she was. If she died up here, nobody would ever know. Nobody would even miss her, except maybe her brother and her grandparents, the only people who know she even still existed. And they probably wondered if she still did since she had barely been in touch the past two years. Jenny dreaded going back to civilization after the last four months of solitude other than brief trips down to get supplies. She had to leave now. Jenny went back to her camp, had a quick breakfast of a PowerBar, and packed up her small, secluded camp, which was about half a mile off any trail at around nine thousand feet in elevation. She shouldered her backpack and headed out. There wouldn’t be any trace that anyone had ever been there. She had a long two-day trek to get down to the cabin. Two long days later, she hiked into the north end of the Animas River Valley, a glacial plain that extends from Durango, a small mountain town in southwestern Colorado, up about fifteen miles to where the river narrows into a rocky canyon. Jenny arrived at the spot where the cabin should have stood. But the cabin wasn’t there. All she saw was a pile of burnt rubble, the old cast-iron wood stove, and the stone foundation. The old outhouse was all that was left standing. Shit, shit, shit! What should I do now? She could camp by the burned down cabin for the night, but she decided she wanted to be inside someplace warm and cozy. Why not? I can certainly afford it. She turned and headed back out to the road toward Durango, hoping to hitch a ride. She was thinking about a nice hotel room, a hot shower, and a dinner with wine. After two miles of hiking down the road, there were no cars and no ride. The sun had set over the mountains thirty minutes ago, clouds had been moving in, and the temperature was dropping. God, I’m totally exhausted. I need to stop. It’s all private land here. No place to legally set up camp. Just gotta keep going. After another mile of hiking, she saw what looked like a ranch house on her right. There were lights on. The house sat a few hundred yards down a gravel drive in some pine trees. There was a three-car garage, an open outbuilding with an old pickup inside, and what looked like a cabin off to the left. She really didn’t want to, but she felt she had no choice other than to ask permission to camp there. She reluctantly walked down the drive, went up on the porch, and knocked timidly on a solid-looking door that looked to be made of old, weathered boards. The large brass lockset clicked with the sound of a precision mechanism as it opened. A tall, nice-looking man, with soft, dark eyes and graying hair and a well trimmed beard, stood facing her.

Jenny was raised, along with her twin brother, in a commune in northern California. Her life there had become a living nightmare from parental neglect and abuse, as well as bullying from her peers. A surprise birthday gift from her grandparents for her eighteenth birthday gave her the ability to run away. She managed to get to her grandparents in Denver who nurtured her and helped her earn her college degree. She moved to southwest Colorado after she graduated, and became a recluse, not trusting that anyone she might meet would not try to torment her as she had been in her childhood. She chose to live her life in isolation from human contact and did so for the next two years: summers of living out of a backpack in the San Juan Mountains and winters spent in a secluded cabin north of Durango. She spent her time exploring the mountain wilderness, reading books, and working on becoming a writer. Her only social interactions during this time of self-imposed seclusion were with the few people she encountered when she had to purchase supplies. Hiking down from the mountains for winter, she has a chance encounter with an older man on whose property she wants to camp for a night. A surprise early snowstorm strands her with this man for the duration and sets in motion a series of events that will lead her on adventures of self discovery that move her from the shadows of her past.

Ed Lehner is a retired professor of graphic design/visual communication from Iowa State University, Ames, Iowa. He has journaled and written poetry for over 40 years. He stared to write prose a few years ago starting with writing short stories. Ed began his first novel in December 2015. He is a luthier, musician, a Reiki Master, and lives with his wife and cat in Durango Colorado.