The F.A.I.T.H. of Modern-Day Christianity

by Dr. Dale I. Morgan 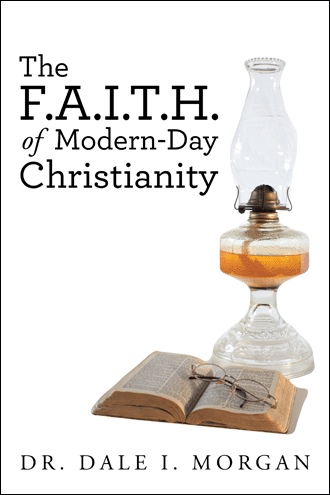 Let us first talk about the House of God itself. I will take time to explain the purpose of the church in the next chapter but I want to make it perfectly clear that the House of God is exactly that; The House of God. It seems now that we have to have “catch phrases” for God’s House now. Phrases like, “The Church for People Who Don’t like Church.” “The Church Where It’s Ok to Not Be Ok.” Whatever happened to “So and So Baptist Church” or “So and So Methodist Church” or “Presbyterian” or whoever? At least with the denominational name, people will have some idea as to what kind of doctrine the church has. Are they ashamed of the doctrine? Why even have a church if you’re not going to try to help people get their lives straightened out? I get so sick of “Gimmicks in the name of God” that it makes me want to throw up. Preachers, if you’re not going to preach God’s Word, meaning that you should be preaching that people are lost and dying in their sins, preaching that if they don’t repent of their sins and ask God to save them that they’re going to die and spend an eternity in hell, then you, my friends, are poor excuses for preachers. Get rid of the gimmicks, get rid of the showmanship, get rid of the bells and whistles and start doing what God expects of all His preachers, and that is preaching the Word. The reason we’re not getting people saved anymore is because these phony baloney pastors are afraid that if they insult someone they’ll lose money. Hear me on this and hear me well; God’s Word wasn’t popular during Jesus’ time, and it’s not popular now. But that didn’t stop Jesus nor His disciples from preaching the truth. As a matter of fact, all of them except for John, died martyr’s deaths for being true to God’s Word.

Throughout the past century or so, I have seen a decline in the true worship of our lord and savior, Jesus Christ. Say what you want, but if Christianity had been done the way Paul and the other apostles did, things might be different in the world today. This book takes a critical, yet constructive look at the church and Christianity as a whole.

Dr. Dale Morgan spent nearly twenty-four years in the United States Army. During these years, he furthered his education, attending colleges such as Laney College, California State University, the University of Alabama, Troy University, and Bethany Divinity College and Seminary. He has been a pastor for the past fifteen years. Dr. Morgan and his wife, In Cha, have four children and four grandchildren.