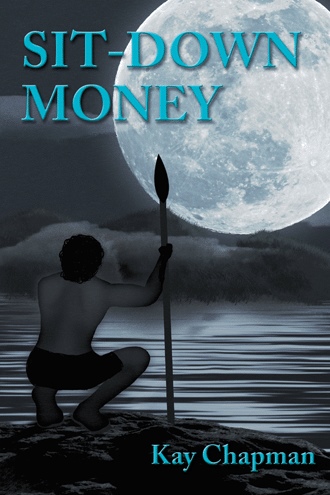 Silhouetted by a combination of moonlight and firelight she noticed Joaz. He was with two other young men and they danced seductively together. This was somewhat difficult for Savannah to watch. She wondered if they were merely displaying their dance skills and considered males and females interchangeable or whether they only fancied men. She was conscious of staring but unable to avert her gaze from this group – she had never seen anything like them. She was mesmerized by the raw sensuality of their movement and their freedom of expression. Although the night air had infiltrated Savannah felt hot and suspected it may be more than the ambient temperature that caused her discomfort. Joaz had been watching her and when their eyes met Savannah quickly looked away embarrassed by her captivation. He then removed his shirt and tied it around his slim hips. This only accentuated his sculptured body. Savannah couldn’t help but take account of it – his broad shoulders were encased in muscle groups that seemed to be engaged in their own dance. A taut abdomen of rippled muscle fitted neatly into his narrow pelvis which gyrated in unison. The top of his jeans just covered that which was necessary in the name of decency closely following the lines of his firm butt and long legs. The soft handsome features of his face were highlighted by the most beautiful pair of big brown eyes and framed by his ebony curls – when he smiled his face lit up like a lighthouse beacon. Savannah was captivated. The light of the fire framed the rivulets of perspiration as they ran down Joaz’s chest – they too seemed to glisten to the music. Savannah was sure everyone would be able to see that every cell of her body was erupting with excitement.

It is 1987 when Gina Atkins leaves her teenage daughter behind and travels from Melbourne to Lumbarta Island to fulfill her life purpose. As Gina departs the airplane, she attempts to steel herself against her rising anxiety and muster some of the courage that has forsaken her. After the pilot bids her farewell, She is left alone to pursue her dream of being a remote area nurse in an Aboriginal community. Gina, a former fashion editor, is no stranger to hard work. But as soon as she arrives at the island’s health clinic, she realizes that working within a different culture comes with unparalleled situations. Each day brings a new happenstance, Gina’s journey eventually leads her to Regan Ayres, a fledgling bush pilot who soon captures her heart. But when he reignites a long-lost passion within her, Gina cannot help but wonder if their forbidden love will ever have a chance to blossom in a world where it seems there is a new challenge around every corner. While struggling with her own feelings Gina also has to deal with the awakening passions of her daughter. Sit-Down Money shares the tale of one woman’s experiential journey as she immerses herself into a new culture, reconnects with her past, finds love, and ultimately discovers herself in the process.

Kay Chapman worked as a registered nurse/midwife in a wide variety of settings throughout her forty-five year career that included teaching and private hospitals, the military, charities, and home-birthing environments. Now retired, she lives in Fletcher, New South Wales, Australia, where she enjoys writing and spending time with her family. Sit-Down Money is her first book.