GPS for the Soul

Wisdom of the Master 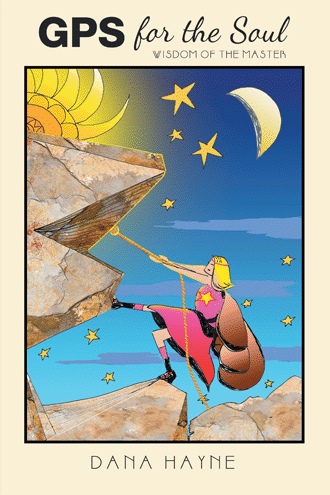 One early predawn morning, my new friend Dotty and I bundled into her battered but trustworthy rusty blue Mustang convertible and dropped down the New York State Thruway to the City of Brotherly Love for me to meet this holy man from Sri Lanka. On arrival, the two of us were ushered into the second-floor kitchen of the fellowship meeting house to wait—for what, I didn’t know. While waiting ages, we were tea’ed and talked to by one of Bawa’s Sri Lankan lady disciples. I watched as Najma, bangles clinking, poured the steamy-hot, spiced tea back and forth from one cup to another in a three-foot foamy cataract, cooling it to “just right.” As she poured, she pried.

“Yes, Auntie, I was living in Woodstock.”

“No, Auntie, I don’t know about demons. What do you mean demons can enter people when they take drugs? What do you mean that I might need to be exorcised?” (By now, I was beginning to get scared.)

Swooping the tail of her brilliantly colored royal-blue and gold sari over her head like a scarf, Najma took me by the hand and dragged me into Bawa’s room. She walked right up to the bed where he sat cross-legged, and she started rattling away to him in what I assumed was Tamil, his native language. I stood there bashful and uncertain, watching, not understanding. As she chortled, I watched.

Oh, indeed, this being in front of me was beautiful! There was no other word for him. His eyes! Vast, creamy pools that reflected the light of universes; the twinkle of constellations stared at me. Those eyes seemed like they could enfold you with the tenderness of the divine mother if your soul cried from its depths—or skewer you like a hawk should you get out of line. Unable to hold his gaze, I looked down and surreptitiously studied his form while Najma continued to babble to him. His limbs were long-muscled, thin, and supple like a reed, and he had long fingers and toes, narrow hips, and broad shoulders. His skin, a deep, nutty brown, stretched without wrinkle over high, high cheekbones above a mirthful, impish mouth with full lips and proverbial, pearly white teeth. What a curious combination of opposites was this being in front of me. On one hand, he appeared birdlike—light-boned, airy, and ethereal—but on the other, he appeared to have the coiled, contracted, ignition-ready energy of a runner awaiting the starting gun. His physical presence seemed incredibly exhilarating yet simultaneously profoundly still and peaceful. It was as though he possessed a deep, palpable silence, even when immensely active.

Suddenly, Najma and Bawa had stopped talking, and I found myself no longer the observer but the observed—for Bawa had turned his attention from Najma to me. From his perch, he beamed at me with the most beatific, penetrating gaze, such that I felt transparent—like glass, and like he could see through me. Standing there under the force of that unimaginable, unconditional love, I knew he could see all the dirt—all the questionable pieces I tried to hide from others so they might love me. But despite seeing all this dirt, he did love me. And for a moment, I felt adored. I felt pure and innocent. For a moment, I felt the bliss of being complete in all my God-given loveliness.

Unfortunately, this bliss was short-lived and I was brought back to the moment when Bawa addressed me in a high-pitched, singsong voice, which Najma translated.

“So, pullé [child], why did you take these drugs?”

What? What was he asking? Take the drugs? Well, gee! I didn’t know. How would I know? I’d never even thought about why. I just wanted to be in, and it seemed like drugs were part of the admission package.

Holy shit! My brother! How did he know I had a brother? Why was he asking me about him? How did he know that I had turned him on to drugs? By now my cheeks were burning with embarrassment. What was going on? In thirty seconds, I had gone from bliss to bummed!

Compassionately, Bawa broke our gaze. He motioned me forward, put his hand on my head, and recited what felt and sounded like prayers or a blessing. Then he placed an apple in my two hands, and he gently suggested that I not do that drug thing anymore. The next moment, I was in the kitchen once more with Najma, being tea’ed and chatted to yet again.

GPS for the Soul—the contemporary Everyman’s search for truth. Finding one’s center and inner guide is essential on the road called life. Join the author, Dana Hayne, in her global travels and real life experiences of living communally for thirteen years with a hundred-year-old sage from the jungles of Sri Lanka as she discovers the awakening of that inner guide. Enjoy the author’s wit and wisdom as she explores topics such as the first years of marriage, miracles, addictions, fairy food, SIDS deaths, transplants, world peace and more under the tutelage of this master—His Holiness M.R. Bawa Muhaiyaddeen. Dana hopes that by sharing these vignettes from those years that others who are seeking that inner guide will be touched by the principles taught by His Holiness and be inspired to study the universal wisdom he left behind.

Dana Hayne is a retired labor and delivery and maternity nurse. She received a bachelor of science in nursing from Thomas Jefferson University in Philadelphia, graduating magna cum laude. She lived and studied alongside His Holiness Muhammad Raheem Bawa Muhaiyaddeen, a spiritual teacher from Sri Lanka, for thirteen years until his passing in 1986. She continues to assist individuals in their healing journey as a medical tour guide to the Casa de Dominacio Healing Center in Brazil for the spiritual healer, John of God. She also volunteers with the chaplaincy and hospice services in her community hospital. Dana lives with Rodger, her husband of more than forty years, in the suburbs of Philadelphia where they enjoy their two sons and three grandchildren.