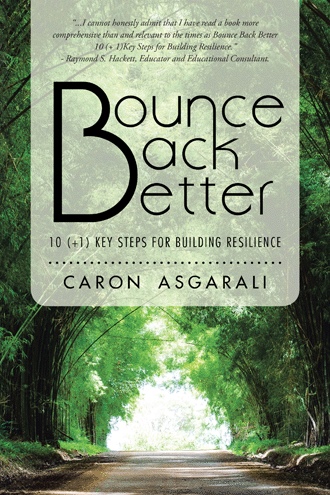 In this life we are constantly bombarded by the “successes” of others. Great fanfare is the order of the day when an athlete wins a gold medal or when a favoured sports team emerges victorious. Remember the celebrations when President Obama first won the Presidency? What about all the hype surrounding such award shows as the Oscars or the Emmy awards? … And this is all good. It has its place and purpose. But we must be cognizant of the scope of success. Each of us experiences success in different ways, sometimes every day. Sometimes it may seem as though defeat has locked us in its dentate grip. That is the time when we must allow our internal light to begin to shine. The overcoming of life’s difficulties or misfortunes is not a task for the faint-hearted. No, it is a feat which requires the courage of a matador, the discipline of a soldier and the strength of a lion, underscored by the patience of Job. The ability to face our internal battles head on with the conviction that we will not get lost in the deluge of despondency is equivalent to, if not greater than, any tangible reward. There is no obstacle to success for anyone, as long as there is commitment, passion and constant motion. According to Newton’s Law of inertia, there is a tendency for objects to remain in their current state. It requires some external force to cause a change in that state, whether it is a state of motion or a state of rest. How does this relate to success and tragedy? Well, if we regard our misfortunes as obstacles, then we can sit back and refuse to move. If, however, we embrace them for what they are – external forces meant to change the direction of our lives – then we can use unfortunate circumstances to propel us along a path of forward motion in a positive direction. I have so many times referred to the incident which changed the course of my life – the incident which resulted in my possession of a “bionic” jaw and a new look. I refer to it once more. I could have wallowed in self-pity or drowned myself in a sea of desolation or become immersed in a state of ennui. Through the grace of God, the flexibility of resilience and neuroscience, not one of those scenarios has happened. When I was shot at close range by a cold blooded hoodlum, it brought my life to a complete stop… before I began once again to march, this time slowly but steadily, to the rhythm of life.

Bounce Back Better: 10 (+1) Key Steps for Building Resilience is for those who are seeking to use obstacles or misfortunes to propel them along a path of forward, positive actions. This book is for you if you are going through a difficult life transition or have experienced: — the loss of a loved one, — being fired or laid off, — a bad medical diagnosis or physical injury, — a relationship breakup, and/or — failure at an examination or business venture. Simple, familiar principles come together to create a powerful systematic approach to building resilience, making Bounce Back Better unique, practical, and worthwhile. The key steps are identified and illustrated by vivid accounts of the misfortunes undergone by Caron Asgarali. Advice is offered on how to develop the necessary discipline for coping with overwhelming difficulties, how to manage a scientific approach to eating for good health, how to build character and integrity and how to identify with God or the Supreme Force of the Universe. “ . . . I cannot honestly admit that I have read a book more comprehensive than and relevant to the times as Bounce Back Better: 10 (+ 1) Key Steps for Building Resilience” (Raymond S. Hackett, educator and educational consultant).

Caron Asgarali is an educator and published author of the inspirational book, From Lion to Lamb: A Spiritual Journey. She is committed to sharing the principles that helped her to bounce back better after becoming yet another statistic of violent criminal activity in 2013. Caron lives in Trinidad, where she is a member of the local Victim Support Foundation.