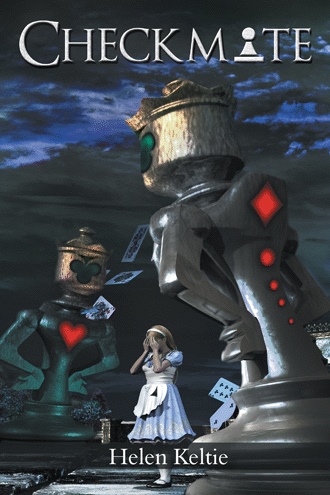 The story begins with Coralie attending boarding school. Wizen has accompanied Meerlyn and Coralie to the school and Meerlyn plans on staying with her sister Agava for the first term. Behind the school building is a huge kelp forest. Coralie is warmed not to enter as it is inhabited by trauns [dreams]. The forest is ruled over by the Alptraum [nightmare]. Coralie meets the Alptraum and is given a strange magical power. The Alptraum is really Prince Seaforth and has been confined to the kelp forest by his nephew Darkla, a dangerous ruler. The Alptraum’s sister, Wasser, had twin daughters Cara and Cata. Cara is the grandmother of Shelly, who has become friendly with Nepta. Cata disappeared to the earthworld and is discovered to be the grandmother of Josh, Katie and Kyle. Katie and Shelley are so much alike, they could have been identical twins. The Alptum wishes Katie to be brought to the world of Otriana. He wants to substitute Katie for Shelley and upset Darkla’s plans, who is anxious to marry his grandson, Rickard to Shelley… The Alptraum engages Sista, one of his traums to report back on events from outside the forest. There are kidnappings and the threat of war. Wizen and Gwilda with Otriana’s help forestall some of the plans. Otriana enlist her sister Eden’s help in the earthworld. Through the traums, Gwilda finds she has a grandmother in the earthworld. She visits the old lady ad discovers her origins. All the problems are eventually solved and end happily except for Coralie who meets her just deserts. 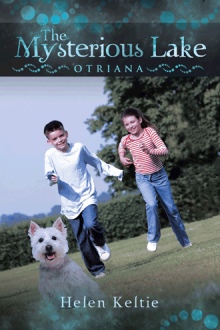 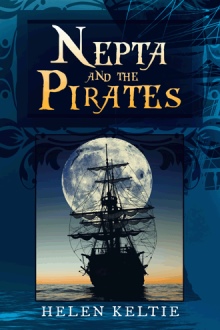 Nepta and the Pirates
Helen Keltie
$17.99

It has been two weeks since Nepta and his sixteen-year-old sister, Coralie, visited the earth world. Now Coralie is ready to leave for boarding school. Wizen, the old merman, is accompanying Coralie and her mother, Meerlyn, on their journey. But as the shell carriage arrives at the school, no one knows what is in store for Coralie.

After her mother and Wizen bid her farewell, Coralie quickly learns that her room overlooks a haunted kelp forest ruled by the Alptraum. Despite warnings to stay away, curiosity leads Coralie to enter the shadowy forest where she is welcomed by those who say they have been waiting for her. After she meets a prince confined to the forest by his dangerous nephew, Darkla, he gifts her with a strange magical power. As Coralie is led on a journey into the unknown where she must plot against Gwilda the white witch, she travels between reality and the forest world as her friends and family set out through turmoil to find the truth and hopefully save Coralie from herself.

Checkmate shares the exciting conclusion to a trilogy as a teenager enters a dark forest and into a destiny she never expected.

Helen Keltie is a retired paediatric nurse and widow with two children, three adult granddaughters, and one great-grandchild. She loves writing children’s stories and playing croquet, otherwise known as “Hit and Giggle.” She lives in Portland, Victoria, Australia. Checkmate is the final book in her trilogy.