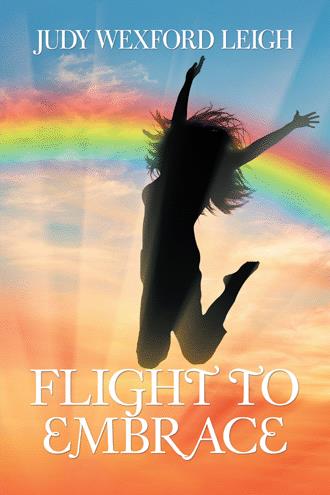 1. VENTURE So much to do! Not enough time! Now I was even late to rehearsal for the long-anticipated yearly reunion of the Collegians college choral group. It was the first day of May, and next month was to have been my graduation from a college in Southern California. As I walked into the auditorium choir loft, I noticed an attractive man sitting behind where I found an empty seat in the soprano section. He noticed me and gave a broad smile! There was something familiar. What was it? Could he be a classmate from previous years? I was intrigued. Surely we must have met in the past somewhere. How can I unobtrusively learn more? I shifted my position to look again as new sheet music was being handed out. Picking one for myself, I passed the remainder on down the row, giving a fleeting backward glance. There he was! His light blond wavy hair was parted on the side and brushed away from a tan face. It’s amazing how much I could observe from less-than-second-long-glances! The varying streaks of blond hair framed an oblong, very masculine countenance. Strong jaw. Regal nose. High forehead above intense blue eyes that spoke even more deeply than his less dramatic mouth. He appeared slim, but strong-muscled. He was sitting in a chair two rows behind me, and a bit to my right, so I couldn’t tell how tall he was. But I noticed the length of his bare arms, my eyes following their line to his long, slim fingers. Aha! He shifted his position to where he could see me better and even smiled again! Who is he? I'm certain I’ve seen him before! When rehearsal was over and all stood to leave, he seemed to unfold his lanky legs and stretch to more than six feet. Could it be six feet three inches? He was wearing smart, well-fitted black-and-white-hound’s-tooth slacks and a black silky shirt with the top three buttons open, showing a little bit of bare chest. A smart dresser? Yes indeed! He suddenly turned and looked the opposite direction toward an approaching brunette. He now smiled at her, squared his broad shoulders, and accompanied this attractive, slim, dark figure through the nearest exit. They are gone! “Well, you can’t win them all,” my brain tried to mollify my ego, as I let out a long and disappointed sigh and headed to another door which was closest to my car. Unlocking my vehicle and flopping onto the seat, I looked straight into the mirror. Disappointment glared back. Determined, I flashed a sly smile at myself, knowing I would see him again tomorrow when the choir sang for church. Then again tomorrow night he would be at the Reunion Concert performance. I beamed messages of hope into my reflection! As I drove home it finally dawned on me that I had seen his picture in a friend's dorm room earlier in the year. Then later I remembered he had dated my brother’s fiancé’s cousin somewhere in the dimly remembered past. Finally the name Victor Leigh slipped into my awareness, and relief relaxed my pondering. By the end of the encored Collegians’ Reunion Concert the next evening, the lovely brunette had disappeared. Victor was alone at the crowded post-concert Reception! I was immediately enchanted as he and I distantly appraised each other over our cups of punch. Moments later I saw my brother-in-law chatting briefly with Victor, so I soon persuaded my sister to ask her husband, who obviously knew him, to introduce the two of us. Happily I spent the remainder of the evening in conversation with this handsome man. When Victor asked for my phone number, I also offered my address, making sure he could contact me. I had moved out of the dorm earlier in the year and was living a half hour away with my parents. KAREN: Both Judy and Victor were naive. It is important to evaluate as you proceed slowly. It would have been wise for Judy to give only her phone number. By offering her address, she was actually blocking the chance for the “dance” of romantic pursuit. Take only one step at a time. This does not remove romance; it enhances it by giving each person a place in the dance. As Victor walked me to my car through a large parking lot, we suddenly both became aware of a car, with its lights off, slowly following us after the reception. Immediately I recognized it was my very-recent-ex-fiancé checking up on me, and I told Victor who it was. Victor: I felt blood rushing to my face, and my hackles were raised for fear this man would attempt to retrieve my new interest! So my usually passive tendencies evaporated, and determined caveman instincts rushed through my emotions. I will not allow any competition to inhibit me from setting up a date with this beauty NOW, or sooner, if possible! I detested saying, “Goodnight,” to Judy as she turned the key in her car and headed home.

Victor and Judy looked like “the perfect couple” for nearly forty years. However, nobody ever really knew the conflict that was actually taking place. Inside this book, you will find the unflinching exposé of their courtship, marriage, and family and the emotional roller-coaster ride told mostly from Judy’s perspective. Discover how Victor sweeps any and all problems under the rug in order to win the power struggle at home and save face as a Christian minister. You will read about their divorce and subsequent engagements to other partners. Is reconciliation even possible? Note: all the names in this story have been changed in order to abide by privacy rights.

Judy Wexford Leigh is a pseudonym. Besides taking a few creative writing classes as an adult, and having an article published in Creation magazine, her "Flight To Embrace" is Judy's only other endeavor as an author.