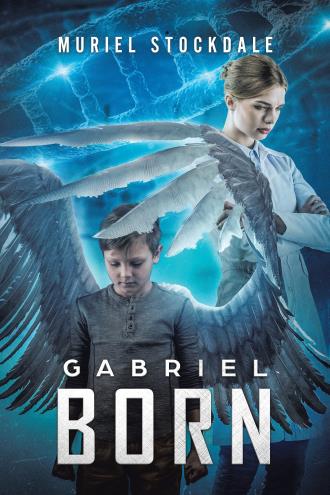 The early spring day does nothing to brighten Sheila’s mood. Cynthia plunks her onto a sun-dappled park bench. She puts the brakes on Baby Jensen’s stroller right in front of Sheila. “Hot dog?” Cynthia asks turning to walk away. “It’ll kill you,” Sheila responds. Cynthia tosses back a casual, “Who cares?” Birds flutter across the path. They converge around a mother and child who are sitting across from Sheila and casting breadcrumbs into a hungry throng of pigeons. Baby Jensen’s tiny hand stretches toward a spooked pigeon that flutters up and grazes past his stroller. Sheila slumps into the park bench and wraps her scarf tightly around her neck with a shiver. She watches her baby. His laughter bubbles up when the pigeon circles around once more, seemingly interested in the delighted baby. It flies so close to Baby J’s head that his outstretched hand almost touches it. Suddenly, Baby J shimmers. Sheila rubs her eyes, confused. Blinking, she looks at him again. Baby J seems to shine, and then he literally floats out of his stroller. He giggles flaps his arms and rolls over, flying like a light-formed cherub. Sheila sits bolt upright, her attention riveted on her baby. Then she too begins to levitate, actually lifting seven inches above the park bench but unaware of it. Baby J giggles, and tiny, cherub-like wings made of light flutter from his shoulders. He swoops over the feeding pigeons. The mother is unaware of him, but the child is ecstatic, pointing, jumping up and down, totally delighted and trying to grab Baby J as he careens around. Sheila sways toward him in response to his movements. A pale, stern, and oblivious young woman in a dark suit marches by, her black shoes clacking. Her somber scarf trails across Baby J’s cherub butt. The woman’s cheeks flush immediately, her brisk pace slows, and she looks around with a kind of wonder and surprise in her eyes, but she doesn’t see the baby, even though he is right in front of her. Stan, a homeless man slouched on a bench opposite and farther down the path, stares. He tugs lanky strings of hair off his eyes and stands up. Then he slinks toward Sheila, a brown-bagged bottle dangling from his hand. “You okay, lady?” Sheila breaks her gaze on Baby Jensen and looks at Stan. She plops down onto her bench with a grunt, and her eyes pop wide open in surprise. Startled, she blinks at him. “W-What?” Stan stutters, unsure and probably used to seeing or thinking he sees odd things. “I . . . I thought you were . . .” He waves his hand vaguely, lifting it up and down as if some motion will bring coherent words, then, frustrated, he offers her the grubby bag. “Hmmm . . . have a drink.” Sheila’s magical child flies right between the two of them. They both turn to watch as he swoops behind the flock of pigeons. Then he circles back through the rainbow-lit shower of water in the park fountain. The fine spray and glittering sunlight halo the event, and the imposing stone angel featured in the center of the scene seems to shimmer, soften and move as if alive. Sheila and Stan are transfixed on the bobbing cherub baby circling around the massive statue that welcomes his antics. The statue and the flying child seem to waver in resolution, becoming clear like the fountain water. At one moment, the baby’s wings are defined. The next moment they are part of the fountain’s tinkling spray. Then the child’s aerial form pours back into the stroller, where the solid form of Baby J lies snuggling and cooing happily. Stan and Sheila stare at the baby carriage, stunned. Finally, Stan breaks the silence. “Hell! Doll, you don’t need this, ‘cause you’re flying already. And I don’t need it, ‘cause I’m seeing things.” He pitches the bottle under her park bench and stumbles off. Sheila stands up and, with surprising ease, lifts her baby. She yanks at his clothing, pulling the onesie off his shoulders and lifting the T-shirt underneath. She pokes all over his nude back. Cynthia drops two white lunch bags on the bench. “Here, we go,” she says, and then she sees Sheila poking at the baby. “What are you doing? Here let me . . . ” She pulls the tiny shirt down over his bare back and tucks the sleeves of his onesie back over his shoulders. Surprised, she gives Sheila an accusing look. “Sheila, it’s wet!”

Sheila Jensen, desperate to invent a genetic cure, defies rules against combining animal and human DNA. She stirs outrage, so her fiancE and boss, Philip Ohl, blames her for the illegal and immoral work, destroying her career. Still, Sheila is motivated; her diagnosis will kill her, so she engineers her last ovum to make a deadly nerve disorder cure. Risking her life, she bears the child, hoping her transferable DNA cure will work, but she can't find the cure in Gabriel's DNA. She loses faith; soon her strength and health deteriorate.

As Gabriel grows, her perception shifts. He is a prodigy that wins her wounded heart. She is shocked when he develops perfect blue wings at age five. All he wants to do is fly. Sheila can't contain him. When he flies, some of each watcher's consciousness joins him; his audience feels as if they fly too. When video goes viral, devotees flock to watch the angel boy, hoping to join the ecstatic ride. Violent protestors arrive too, spewing vitriol against him.

Sheila flees with Gabriel, afraid that Philip will claim her son. When he does so with a court order that shuts Sheila out, she fears for Gabriel. She knows the institution will do anything in the name of research. Gabriel has completely opened her heart, healed her, and given her a taste of unimagined freedom. Clearly, the only way to rescue him is to accept his expanded vision and allow him to teach her how to actually fly.

Muriel Stockdale’s creative compulsion has manifested itself in numerous disciplines. This is her first novel. Her career started in rural Vermont where she secured a federal grant to form a company presenting theater to schoolchildren who had no opportunity to see a play. She went on to direct several shows in New York City and in New England, to perform onstage, crew backstage, design costumes and scenery, and manage costume shops. Soon Disney, NBC, ABC, PBS, and more began turning to Muriel for costume design. So did dozens of US and European regional theaters. She has worked with world-renowned, award winning performers, directors, writers, and composers such as Edward Albee, Adriana Trigiani, Richard Adler, Hayden Panettiere, Colleen Dewhurst, Tony Roberts, Lonette McKee and Kermit the Frog. Wanting to “pay forward” the rich lessons of her career, Muriel taught at NYU’s Tisch School of the Arts, Graduate Design Department for fourteen years. In 2003 Muriel produced and directed a short film entitled, New York City Spirit, celebrating diverse ways New Yorkers connect to their divine impulses. As an artist her US art flag series, E PLURIBUS, celebrating the diverse cultures of the US has been shown in multiple venues during the last 15 years including the Martha Stewart American Made Summit in 2015, The New Britain Museum of American Art in 2009 and two New York Libraries in 2008. In 2005 she returned to costume design for the feature film, Conversations with God produced and directed by Stephen Simon and in 2013 for the Opera Omnia production of The Return of Ulysses. Currently her focus is on production of her art flag series and various writings including a new opera version of The Ramayana. Her secret passion has always been spirituality, science and the mysterious, she has read countless science fiction and fantasy books and many of the world’s scriptural texts but she also devours books that explain the latest scientific knowledge. With a Bachelor of Science and Phi Beta Kappa key from the University of Vermont and a Master of Fine Arts from New York University, it is clear from the beginning that Muriel is not only well rounded in her interests and pursuits but also well rounded in her accomplishments.