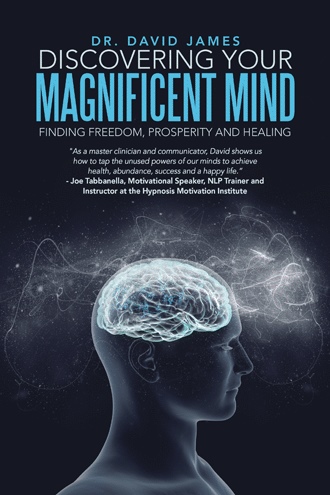 Can you imagine your dream life? Would you be prosperous? Would you be known for your generosity to people and causes important to you? Perhaps you’d be onstage accepting an Oscar or performing to a sold out crowd at Carnegie Hall? Or you’d be free of a debilitating physical or emotional condition that has plagued you for years? Whatever your dream, it all is begins in the workshop of your imagination. Everything that exists today, from the beauty of the Sistine Chapel to the reactor on a nuclear submarine was first in the mind of its creator. We live in an age of such rapid expansion of technology that we forget that everything began as an idea in someone’s imagination.in someone’s imagination. Napoleon Hill once said that “if you can conceive it, you can achieve it.” So let me ask you a question, why haven’t your dreams come true? You may think that it’s because people or circumstances have blocked your advancement in life, or that your body has betrayed you, or that the Government takes too much of your money in taxes. But the truth is there is only one reason you’re not at the level of happiness and success that you desire. It hasn’t happened because you don’t believe it’s possible. At some point, when your dream was in its infancy, a belief came along and killed it. Your mind always responds to the stronger of two ideas, so your belief about lack and limitation, if it is stronger than your imagination will kill your dream every time. Rather than face this truth head-on we find something or someone to blame. But history is filled with stories of people who were undeterred by failure and went on to create wonders that benefit us all right now.

You are living in one of the most exciting times in human history! People have struggled for thousands of years to find happiness and fulfillment, but now it’s clear that you can have the life you desire if you learn to use your mind correctly. Today, the realm of miracles and mystery being understood in a new way as the connection between mind, body, and spirit becomes clearer and more accessible to you. Your mind is not only a powerful ally in your quest for a better life, but it is also your link to others and the Divine through the energy web of all creation. By learning to apply the principles in these pages, you will have greater access to your personal potential and story of success. In this easy-to-read and practical book, Dr. David James, an expert on personal transformation, introduces you to your magnificent mind and shows you how to harness its power to create a life filled with happiness, abundance, and well-being.

Dr. David James is a Master of Transformation, a compassionate healer and compelling public speaker. With a diverse educational, career and service background, David has the ability to touch the hearts of everyone that he encounters. A military veteran, David started his professional life as a Law Enforcement officer with the Los Angeles County Sheriff's Department. Serving as a Patrol Officer, a Crime Scene Investigator, a Field Training Officer, a Narcotics Detective and a Patrol Sergeant, David saw people at their best and at their worst. This elicited deep compassion within him as he understood that we all want to be happy. After retiring from Law Enforcement, David attended both Episcopal and Roman Catholic Seminaries. He was ordained an Episcopal Priest and served congregations in California and Washington. David holds a PhD in Clinical Psychology and graduate degrees in Spirituality and Human Development. He is a Certified Hypnotherapist and is in private practice in Beverly Hills. He teaches meditation in the San Fernando Valley of Los Angeles, David speaks to audiences both large and small in the United States and Canada, sharing his insights into the Magnificent Mind. A father of two and grandfather of six, David enjoys hiking, meditating, road trips and family time.