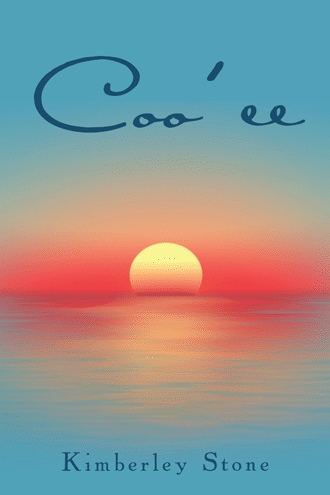 The world is terminally sick. It is dying. The Doomsday clock's hands have been set at 5 minutes to midnight. This is an urgent call to stand and listen to God coo'eeing to you. There is NO time to dither and delay and go about life in "the business as usual" state of mind.

I wish I could tell you that the world is a rose garden, full of goodness and peace. It isn't. Mankind has turned it into an inhospitable wasteland. This was never God's intention or plan. Man is the culprit and must assume responsibility.

It is fashionable in the West to declare oneself too advanced and intellectual in God or a Supreme Being. Religions, worldwide, have not represented God well and the Almighty has been reduced to a powerful tool and weapon in the hands of certain, so-called spiritual leaders. Naturally, there have been remarkable exceptions; however, these don't tend to received media coverage.

Yesterday I heard about the atrocious terror attack in Manchester when a man blew himself asunder and killed over twenty people and maimed many others in his selfish act of madness. The world is a dangerous place. No place on earth is safe and terror can strike at anytime and anywhere. North Korea seems hell-bent on making nuclear missiles. Iran holds the West to ransom regarding its nuclear capacity. Don't look for human saviors – there aren't any! The world leaders don't know what to do anymore to halt, let alone stop, the crises facing mankind. They convene, make empty statements and vague resolution and the world teeters every closer to the edge of the precipice.

We have to look to ourselves, to religious "shepherds", to politicians and we have relied on the world leaders for a way out of the morass (degraded or hopeless taste) and suck deeper into the mire as result. We ignore God. We shut our minds and ears to Him. Man isn't the answer and doesn't have the answers. God does. "I AM THE ANSWER." "I AM THE WAY" "I AM THE HOPE." "I AM!"

On the whole, God has been and poorly represented. Look within. Never judge God by the actions and teachings of humans. My message is urgent: God is calling and coo'eeing to you and mankind. Whoever/Whatever God is – know this: The Supreme Being loves you, cares about you and will NEVER, EVER leave or forsake you. This isn't the time for mankind to exit from God! It is MOST certainly, MOST urgently the time to enter into a union with HIM. HIS DOOR IS WIDE-OPEN. It's five minutes to midnight! It's time to rouse ourselves from our stupor and return to the Father who awaits our return with OPEN ARMS.

Coo’ee - you are being signalled from afar and being called! The world is in crises today. Mankind is desperate - whom to turn to, who to trust? It is transparently clear that the world leaders are at loggerheads and seem more interested in disagreeing than in agreeing with each other! Local, county and national agreements are also rare sights. The flock is shepherdless and groping in the dark and are in danger of falling into a deep, smooth-walled well. We have looked to man for guidance and leadership. We thought that if our organizations became bigger, the pool of wisdom would be enlarged and that fair, sane and healthy solutions would ensue. They didn’t. Bigger organizations resulted in stalemate games where vetos were used to obstruct and to protect interests. These blocs seem to creep forward at a glacial pace whilst the world’s problems are sprinting ahead and out of control. It’s about time we gave God a chance! He is omniscient, omnipotent and omnipresent. I am not talking about a regional or national god/s based on divisive religion - but the One God that is encounted within by the individual! He is the Answer. He is coo’eeing us to tune-in and listen to what He has to say - our survival and our planet depends on it! 2 CHRONICLES 7:14 (Old Testament - the Holy Bible) “IF my people, who are called by my name, will HUMBLE themselves and PRAY and SEEK my face and TURN FROM from their wicked ways, THEN will I HEAR from heaven and will FORGIVE their sin and HEAL their land.”

I was born in Kimberley, South Africa - the city of diamonds and a pale blue sky that stretches beyond heaven and gets so hot that it is capable or melting the earth's core! It was an especially magical place in the 1970's.