Your Path to a More Meaningful, Active, and Vibrant Retirement 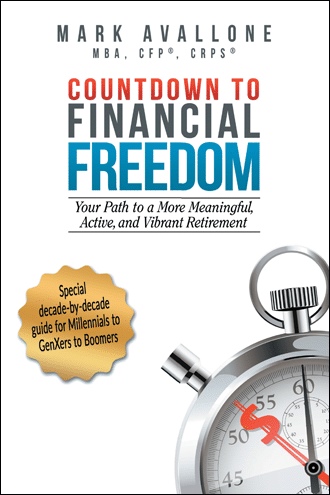 What is Middle Class Poverty and How Can You Avoid It?
If you ask a group of baby boomers, "Who is the first “millionaire” you ever heard of?" there's a good chance they'll say, "Batman." As we know, Batman, under his famous black cape, was really Bruce Wayne. He was the only son of Dr. Thomas and Mrs. Martha Wayne, two very wealthy and charitable socialites living in Gotham City. Bruce was brought up in a happy, wealthy, and privileged lifestyle in Wayne Manor, at least until he was 8 years old when his parents were killed by a small-time criminal. After his parents’ death, Bruce vowed revenge on all things evil in Gotham’s criminal underworld. What helped make his promise of revenge possible was the fortune he inherited from his wealthy parents. It was Bruce’s wealth that provided him with the necessary seclusion (i.e., the Batcave), the physical means (e.g., crime fighting equipment, crime labs, Batmobile), and the flexible schedule (no 9-to-5 job in a cubicle for Batman) he needed in order to fight crime. So what’s Batman got to do with the middle-class? Plenty.
A million dollars back in 1939, when the comic book character first appeared, was an enormous amount of money. Even well into the 1960s and 1970s when the Batman television series was at its height, having a million dollars seemed like the answer to all of life’s financial struggles. Most Americans never imagined they would ever accumulate a million dollars, let alone need that much to retire. The world was a less expensive place, and many people had reliable lifetime pensions once they retired. In today’s world, however, millionaire Bruce Wayne might be just another affluent, upper-middle-class guy facing the challenge of enjoying life while not running out of money at some point.
This is because being a millionaire, or having a million dollars in your various accounts—checking, savings, investments, 401(k) plans, and so on—may not be enough to maintain an affluent or even a middle-class lifestyle. If you are still of the mindset that, in 20 or 30 years, $1 million will buy you a middle class retirement, you might be very disappointed. In the future, the income generated off of $1 million may not be able to cover even a lower-middle-class budget! That is what I refer to as “Million-Dollar Poverty.”
Unfortunately, most of us will not inherit anything like stately Wayne Manor or millions of dollars from a well-to-do family. The fact is the vast majority of us will be solely responsible for accumulating the millions of dollars needed to maintain the middle-class or affluent lifestyle we have achieved or aspire to achieve. The good news is with a solid understanding of your current financial state and a commitment to create and follow a well-thought-out plan, you can begin to visualize the financial freedom you want. You’ll see the term “financial freedom” a lot throughout this book. For many people, and for the purposes of this book, financial freedom is the ability to work only because you want to, and not because you have to. Accumulating enough assets to allow for that freedom is the challenge millions of Americans face.
Middle-Class Poverty and Million-Dollar Poverty
I use the term “Middle-Class Poverty” to describe the unwanted, dramatic drop in lifestyle experienced by some middle-class or upper-middle-class retirees, due to the lack of adequate investment income to sustain their lifestyle through their retirement years. When this happens to a family with $1 million or more of investable assets, I call it “Million-Dollar Poverty.”
Let’s say you’ve saved $1 million. That may sound like enough to enjoy your financial freedom, but as I will explain in detail later, applying a 4% withdrawal rate to your $1 million generates only about $40,000. You can also hopefully consider additional social security income—but even so, will that be enough to afford your desired lifestyle? If you are a current retiree, the $40,000 plus your social security payments may lead to a reasonable amount of income, especially if you have a home with no debt and a modest lifestyle. But for future generations, after considering the impact of inflation, this may not be the case.
Let’s look at what retiring with $1 million might mean for a young baby boomer, a Gen Xer, and a Millennial:
• If you are 52 and you estimate retiring in 15 years (at age 67) with $1 million saved, when we adjust for 3% average annual inflation rate, your $1 million will be worth about $641,861 in today’s dollars. Using a 4% withdrawal rate, your $641,861 will generate only $25,674 in today’s purchasing power for your first year of retirement. (Note: if you stick to a 4% withdrawal rate, your actual withdrawal amount may increase or decrease due to account value fluctuations. But using a 4% withdrawal rate is a good rule of thumb.)
• If you are 42 and estimate retiring in 25 years (age 67) with $1 million saved, it will be worth even less. Adjusted for a 3% average annual inflation rate, your $1 million will be worth only $477,605 in today’s dollars at retirement. Using a 4% withdrawal rate, your $477,605 generates only $19,104 in today’s purchasing power in your first year of retirement!
• If you are age 32 retiring in 35 years (age 67) then your $1 million will be worth far less. Adjusted for a 3% average annual inflation rate, your $1,000,000 will only be worth $355,383 in today’s dollars at retirement. Using a 4% withdrawal rate, your $355,383 generates only $14,215 in your first year of retirement as measured by today’s purchasing power!
This is why I call it “Million-Dollar Poverty” and how it can be a reality, especially for younger people and others not taking their retirement planning seriously.
This book will describe some of the headwinds you may face as you plan your future, and offers strategies that can help you on your path to your financial freedom.

"I know and respect Mark Avallone. So it is not surprising that I found his book to be quite well done. It deserves a wide audience." George Connolly, President and CEO, Securian Financial Services

What Is Your Unique Formula?™

Your financial clock is ticking, and you're running out of time to pursue your desired retirement. Whether you're a Millennial, Gen Xer, or Baby Boomer, the bite of bear markets, inflation, taxes, and higher health care costs is making the seconds tick even faster. In his Countdown to Financial Freedom, CERTIFIED FINANCIAL PLANNER™ practitioner and Forbes contributor, Mark Avallone, offers bold and practical guidance to help you pursue your ideal retirement and financial freedom.

In this refreshing, easy-to-read book, Avallone presents a decade-by-decade guide for everyone whether you're just starting out, entering your peak earning years, or about to retire. Regardless of your current financial position, you'll find Your Unique Formula for determining a clear path to your retirement.

Drawing on stories of people who have overcome financial setbacks, Avallone explains strategies like how to avoid the destructive forces of the 3 D's—disability, divorce, or death of partner—which can ravage even the most sound financial plan.

In Countdown to Financial Freedom, you will see how an award-winning financial advisor clearly communicates ideas and strategies for people of all ages.

Mark Avallone is the founder and President of Potomac Wealth Advisors, LLC, an independent financial advisory firm, serving clients through holistic financial planning and wealth management. Avallone writes on a variety of financial topics, and his contributions have appeared in the Wall Street Journal as well as in Forbes where he is a regular contributor. His insights have also appeared in USA Today, U.S. News & World Report, The Washington Post, and other leading publications. Mark and his wife, Christine, reside in the Washington, DC, area with their daughter Abigail.