The Revolutionary Who’s Raising You 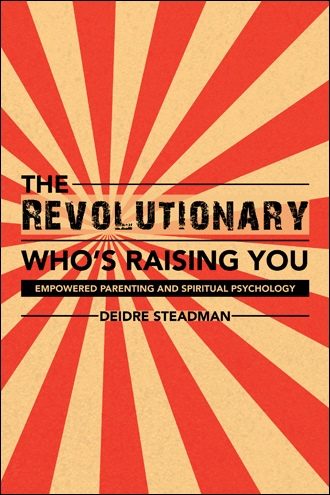 There is a parenting revolution afoot, and children are leading the charge. Traditional parenting is undergoing a dramatic revision and antiquated notions borne of the old psychology will no longer suffice. In The Revolutionary Who’s Raising You, author and clinical psychologist Deidre Steadman combines psychological savvy, storytelling, metaphor, and humor to weave together an evocative vision for empowered parenting.

This guide tackles the many misconceptions upon which the old psychology is built. Notions about good parenting and good children, bad parenting and bad children have been constructed on these shaky foundations. Steadman dispels the parent-bynumbers myth and helps parents reawaken to their instinctive confidence, their natural clarity, and their innate joy.

Filled with examples and actionable advice, The Revolutionary Who’s Raising You seeks to inspire parents, educators, and mental health workers to raise self-confident, resilient, happy children. Above all, this book awakens parents to the spiritual savvy and psychological mastery of their child.

Deidre Steadman is a clinical psychologist with ten years of experience working with children, adolescents, parents, and families. She is currently working as a clinical psychologist at Alpha Psychology, a private practice she established in 2012. She offers a transformative, no-nonsense, leading-edge approach to psychology and is at the forefront of a rethinking of traditional parenting and traditional psychology. Steadman has three children and lives in South Australia.