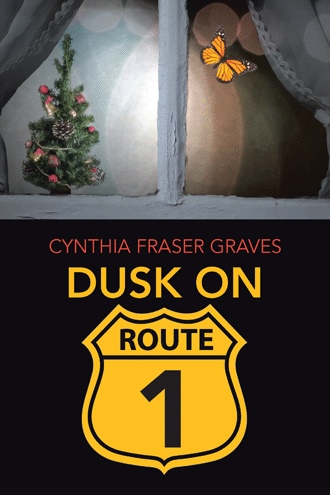 Tears fell, and still she knelt, mid-aisle. Approaching shoppers, entering at the door, parted like water around her, turning to see what this woman was looking at, wondering why she was crying here in the Eastside Market on Sunday morning. And still, the woman knelt in the middle of the entry staring up into the floral display looking for all the world like Bernadette of Lourdes. Then, as a gust of wind blew around her, she knew this was to be the answer to her prayer, the prayer of only an hour before. Pamela lowered her eyes no longer daring the encounter of the loving Presence within the tabernacle of leaves at the Eastside. There she remained still as minutes ticked by until the noise of the onlookers around her broke her notice. Lifting herself back into the world of the present, the old fear encompassed her. She had to disappear, quickly. She stood clumsily, twenty or so people watching, their attention bouncing from the flowers to Pamela’s tear stained face. The main event seemingly over, the crowd dispersed, slowly drifting into the aisles of the market, baskets hung on their arms to collect what they had come for. Looking again to the site of the vision, afraid of what she would see, only the small, flat, ordinary card was visible. The butterflies had flown; now, the diminutive Christ of cardboard raised his tiny hand over her head. Nervously, Pamela approached the floral display, reaching gingerly into the tiers to remove the card. Inadvertently, this new saint grabbed the leaf of a lily along with the card pulling it off its perch. When the lily went, plants on either side tumbled upsetting the balance of the entire display that was now crashing to the floor, pot after pot, vase after vase, strewing dirt, broken pots, and mangled flowers in a wide swath around her feet. Trying to stop disaster, Pamela jumped into futile action, but, it was already too late. The noise and chaos had brought the dreaded moment of detection upon her. An angry clean-up team was already moving down the aisle toward her, mops held menacingly. Still, hoping for some escape, Pamela stuffed the card in her purse, turned, and walked quickly anonymously away from the littered vestibule, skulking back through the aisles to her muffin as if nothing had happened. Though she was shaken, she sat avoiding the looks of those around her. She was halfway through her breakfast when Mr. Moikens, the manager of the Eastside Market, slid into the seat across from her. His expression told her everything. The cappuccino, midway to her lips, spilt from her trembling hands. The brown liquid dribbled down the front of her crisp white top and onto her slacks staining them. Her cup clinked loudly in the saucer when she put it down. Now, everyone was watching. Mr. Moikens stared at her, letting tension build as he held his anger off a few moments before speaking. When he began, his tone was level, suitable in volume, but his words were sharp knives. “Mrs. Iverson...oh yes, we know who you are. I will speak civilly, but there is absolutely no room for negotiation in what I am going to say. We have been watching you. We know about the perfume in the ladies room and the magazines here in the café. That is stealing, Ms. Iverson! We are aware that you come here every day to use our store as if it were your own property. You have been observed handling merchandise, arranging shelves, getting in the way of our patrons...the list of your offenses goes on and on.” He paused, as if waiting for a response. Pamela sat silent, not daring to breathe. “Today’s incident in the Floral department is the last straw. Are you aware of the cost of the mess the crew is cleaning up right now? There is no excuse, no explanation you can give that would change the decision I have made.” Pamela swallowed hard, trying not to cry. Rigid and silent, she looked at her accuser wondering what she might possibly say or do to make this man understand there had never been a choice, that she had been compelled to come here every day. It meant her survival. She attended sadly as he took her world apart, turning her carefully created, fragile existence to something flawed and silly. He was still talking, “Finish your breakfast; I won’t deprive you of items you actually bought. Then, I want you to walk to the entrance of the store and leave. You are not welcome here anymore...in fact, if you return to this store I will call the police and have you arrested for shoplifting. Is that clear?” He paused and waited for her response. A remorse more painful than poison spread in Pamela. She saw herself clearly; the veil had been lifted. She was a fake, a pretender and now it was obvious to everyone. Her carefully constructed, hopeful façade was pulled down in front of her eyes and, worst thing of all, she had done this to herself. When she tried to shut out the leveling stare of the man, tears ran down her face onto the stained blouse. Pamela nodded in agreement; Mr. Moikins stood to leave, rapping the table with his knuckles before he did so.

As a powerful Christmas Eve nor’easter bears down on the coast of Southern Maine, Pamela Iverson goes missing. A frantic attempt to find her before she is lost in the storm is mounted by Jimmy Casey, a colorful Wells’ cop, at risk himself. Other essential, vivid characters are Ed LaCasse, the retired Coast Guard officer, now a widower living on Drakes Island, Darnice Littlefield, the single Mother and compassionate waitress at the Maine Diner, Taddy Stevens, the rough and ready crew chief of the Wells’ Department of Transportation, a kaleidoscope of monarch butterflies and the ever present and iconic character of Maine, the State itself. Dusk On Route 1 describes the shock and unresolved grief that destroyed the life of Pamela Iverson. We live with her as she descends into dark despair, caught in blind denial from loss. When events far beyond the usual occur, these vivid regional character’s lives entwine with hers in new and close ways within the cauldron of the vicious storm.

Cynthia Fraser Graves was born in Maine and has lived there all of her life. Her work includes a memoir, Never Count Crow: Love and loss in Kennebunk, Maine, and this, her latest novel, Dusk on Route One, a romantic drama set in Maine during a Christmas Eve blizzard. She can be reached at cynthiafrasergraves.com