The Re-release of a Beautiful Story 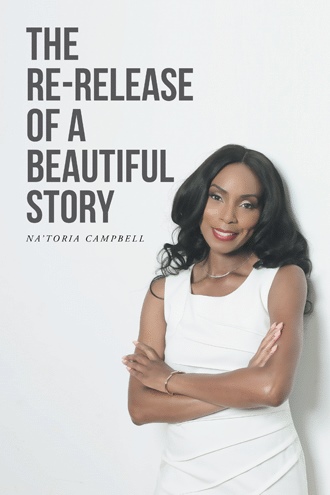 I always felt like I had something tremendously important to say, but whenever I tried to speak, my words would go to left field when everyone I needed to share them with were in right field. Whenever I would find the courage to say what was in my heart, I felt like my communication skills were inadequate or not clear enough because the person I would be speaking to seemed as if they did not fully understand me. After several failed attempts at trying to get the person to know me, I would quietly retreat inwardly and shy away from the conversation. It was as if I had someone in my head saying, “If you say it, then they will think that you are crazy, so you better not say anything or else…” My voice became inaudible almost to a whisper. People often told me to speak up, or they would yell, “I cannot hear you,” whenever I became courageous enough to share some form of information in front of people. The attacks became, even more, blatant when I received assignments back from my teachers with red ink scribbled all over them that blared, “Not good enough,” or “Unacceptable.” The criticism would speak to my spirit and say to me, “Your grammar skills are weak. You wrote ‘is’ when you should have written ‘are.’” Constant criticism shattered my voice, dreams, and desires. Did I just perceive it that way because I internalized it negatively instead of constructively? Either way, I allowed it to place fear and doubt inside of me. I limited myself from becoming and revealing my real self because I held on to the attacks from the evil spirits or negativity that I chose to accept. I allowed them to rest inside of me to torture and taint my mind, body, and soul. Most of my life I did not talk much about the events that occurred in my early childhood or about the things that I knew deep down that I should be saying because I felt shunned. I did what felt safe to me, so I crawled into my quiet corner, sat down, drew my legs in near my heart, wrapped my arms around them and wept. I stayed in this position for most of my life until I found my voice. Chapter One The Challenge: Answering the call that leads to discovering your purpose “For many are invited, but few are chosen.” --Matthew 22:14 The challenge that I faced when answering the call of God was that I felt as if I could not verbalize my thoughts in a way that would deliver a clear and crisp understanding to people. I would have the most formalized messages or words that would come to me from somewhere deep within. I had this strong desire to share it with others. However, when I would build up enough courage to say what was in my heart and mind, the words just fumbled out of my mouth or onto a piece of paper like a wide receiver fumbles a ball, and I lost the message. It was as though my thoughts and feelings could not travel down my vocal chords and out of my mouth. I could not even scribble them on a sheet of paper in enough time to share them. Whew! Thank you, God, for computer programs like Microsoft Word, because now I can type just as fast as I can think it. What I had to say was not from me but him—from the one God sent to save us; you know his name: Jesus. I struggled with sharing the messages or words that were in my heart with others because of not only the constant criticism that highlighted my inadequate speaking and writing skills but also because the internal battles blocked me from sharing the Good News. How could I help and teach others how to live when I was grappling with my salvation? I was trying to understand the unfolding mysteries God was revealing to me all while sinking into the bottomless pit called Hades. I kept the words in my head and heart. Then I took the words and myself back to God. I endured some major childhood trauma. God was the only one I felt safe revealing my true self. I often retreated to that place within me where I knew God existed, and I stayed there for nearly thirty-two years until I stepped out in faith and discovered my voice. Before then, I was living aimlessly. I was so frustrated with the world, people, and myself for not living life the way I knew God instructs his children to live, and I would just shut down. I would try not to speak at all, or when I would decide to converse with others, I would talk about fundamental issues or generic concerns and topics. Now, I understand what my purpose in life is, and I see why those offensive linemen were in a position to block me—the receiver and deliverer of the Good News. I allowed certain situations to knock me down. It often left me feeling as if I was beaten down, mocked, and scorned. I received blow after blow to shut me up and shut me down, but you know what? The more blows I took, the stronger I felt and the harder I fought back. I am finally delivering the Word of God to you, so that goes to show you who won. All of the red ink, the mockery and the “you are not good enough” thoughts or comments were all LIES! You see, what I am sharing will help you change your life. It will inspire and motivate you to become your greatest self, and you will begin to believe and operate in faith towards living a life of purpose.

I always felt like I had something tremendously important to say, but whenever I tried to speak, my words would go to left field when everyone I needed to share them with were in right field. Whenever I would find the courage to say what was in my heart, I felt like my communication skills were inadequate or not clear enough because the person I would be speaking to seemed as if they did not fully understand me. I allowed it to place fear and doubt inside of me. I limited myself from becoming and revealing my true self. This book is for all people who are battling emotional hurts, abuse, sickness, pain or any form of dis-ease. I encourage you to move forward and live out your wildest dreams with love and peace surrounding your heart and mind.

Na’Toria serves as a personal development coach, writer, consultant, and inspirational speaker. Na’Toria has the gift of counseling and guidance. She has the innate ability to see the world from the perspective of others as she guides and coaches them toward living the lifestyle that they want and deserve. Her business follows the spiritual principle to serve others with love to help restore harmony and peace in the life of those that she coaches. Na’Toria obtained her master’s degree in counseling education and a bachelor’s degree in elementary education. She is also a certified school counselor and teacher. She has a passion for helping children who are emotionally hurt, develop coping skills so that their heart and mind can heal and they can excel academically. Na’Toria also enjoys teaching children character development so that they can become a principled contributing member of society. Na’Toria resides in Florida with her two children. In her spare time, she enjoys reading, journaling, listening to music, dancing, watching movies and hanging out with her family and friends.