My Triumph Over Anorexia 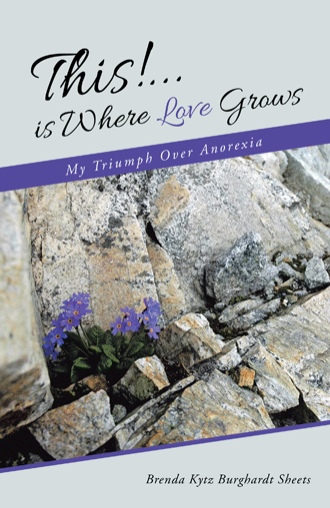 A raw and poignant glimpse into the mind, heart and soul of anorexia… Brenda’s story begins with her early childhood angst, journeying through her decline to the brink of death at age twenty-three, and describes her authentic and often painful climb back to self-love and complete healing. “This!...is Where Love Grows” provides an exceptional depiction of the slippery slope of the beginnings of an eating disorder, and the delusions that accompany its operation. But above all, Brenda offers hope that recovery is possible. This is an important message that every person with an eating disorder and their family needs to hear in their times of darkness. Brenda’s story is an invitation to others who can offer a voice of hope to this very difficult process. Well done! Lakshmi Krishnan, MSW, RSW E.D. Therapist, Calgary, Canada

Discovering the reason for her suffering and recovery from anorexia, Brenda realized her life purpose was to be a symbol of hope for current sufferers and their families. In addition to her professional work, Brenda volunteers for the CMHA in Calgary sharing her story with junior and senior high students, and is actively involved with EDSNA. Brenda currently lives in Calgary, Alberta with her precious family.