Of Gods, Kings and Heroes 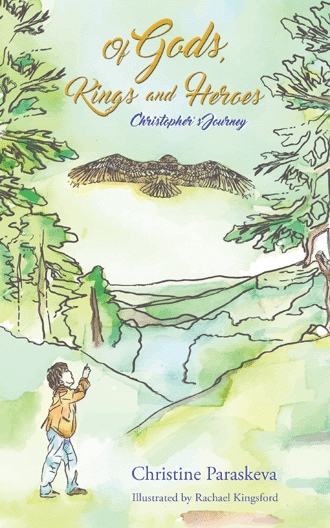 Of Gods, Kings and Heroes is a detailed telling of the links between history and family, written with affection and insight. This book explores the triumphs and truths of Greek Cypriot history whilst relating the contemporary story of Christopher whose experience on visiting the land of his forebears is touched by myth and mystery. A book for those who appreciate the power of great ancestral stories told within the folds of family life today.Ann Rennie

The last thing Christopher saw was a golden hawk.Then, he was centuries away from home.

At eleven years of age, Christopher Nikitas thought his greatest challenge would be convincing his parents to allow him to walk to and from school without his yiayia, his Greek Cypriot grandmother.

What he didn’t count on was being thrust back in time, when Cyprus was divided into ten kingdoms, to carry out the legends of his ancestors: King Evagoras I, King Nicocles and King Pnytagoras II.

Through this journey of self-discovery, Christopher will uncover what it means to live a legacy and begin to question the meaning of life …...

What is real? What is truth? What is a good life?

CHRISTINE PARASKEVA was born in Lemesos, Cyprus, and migrated with her family to Australia. She studied at the University of Melbourne and holds a mathematics degree and a master’s in education. A dedicated lover of history and philosophy. Christine aims to inspire young people to learn more about their family history and cultural identity.