My Answer to Cancer

An Inspirational Story about Life 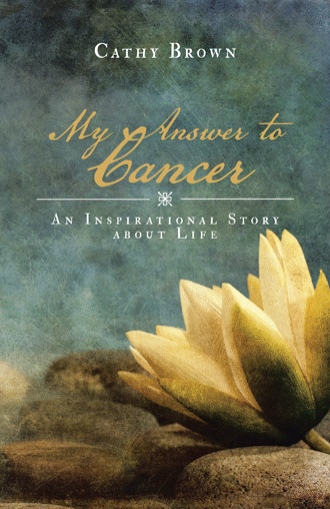 When you’re diagnosed with cancer, it’s easy to lose hope.

Cathy Brown knows: In June 1989, she had an unusual skin blemish removed from her right forearm, which led to her being diagnosed with a melanoma.

Desperate for knowledge, she visited the Western Australian Cancer Foundation and asked what she could do to prevent the melanoma from spreading. The woman she spoke with said, “There’s nothing you can do. You just have to wait and see.”

Within ten months, the cancer had spread and she was told she had two months to two years to live. What have I done wrong in my life to deserve this? Why me? These thoughts and others raced through Cathy’s mind, and soon, anger began to surface. Her children were only six and eight years old, and she needed to see them grown up. In her desperate search for healing, Cathy discovered that there is much more to recovery than conventional medicine. In telling her story, she reveals her struggles and shares insights into the powerful effect the mind and emotions have on the body. Since her diagnosis, Cathy has worked closely with others affected by cancer, and she draws upon years of study and reflection in telling her inspiring story of survival in My Answer to Cancer.

Cathy Brown works in her own business, LifeXL, which offers hypnotherapy and reiki in the form of energy sessions. She speaks at functions, leads wellness retreats and is employed as a wellness and group facilitator for a leading Western Australian cancer organization. Her children and grandchildren are a very important part of her life.