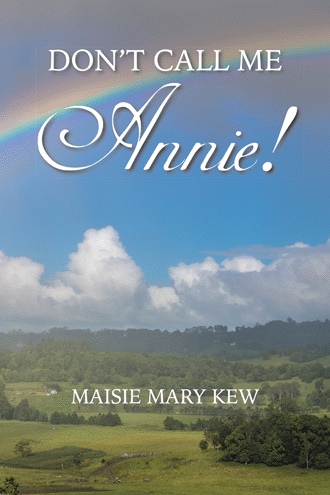 1810 Port Jackson was an unlikely time and place for Ann Cotterell to find happiness and fulfilment, but for a lonely young woman in Georgian London whose prospects were grim, this destination seemed to offer a far better future. With a spot of devious scheming, feisty Ann became the eager recipient of a seven year sentence to England’s latest penal colony in New South Wales. Ever the optimist, the impetuous Ann launched herself into a new life that actually promised much more than she hoped for. However, broken dreams and Ann’s wilfulness again brought her undone. When she found herself in the stocks for a humiliating offence, she discovered God’s grace and mercy were sufficient for even a recalcitrant like herself. But, would she ever find peace and contentment with Will Davis, the hardworking love of her life, and also a former guest of His Majesty?

Australian History has always been Maisie Kew’s passion, and Ann Cotterell’s story demanded to be told when her life history came to light through family research. Ann was Maisie’s great-great-great-grandmother-in-law, and Neil, her husband of fifty-seven years, helped her flesh out the riveting skeletons found in the family closet, weaving a tale of hope and fortitude in this unknown land.