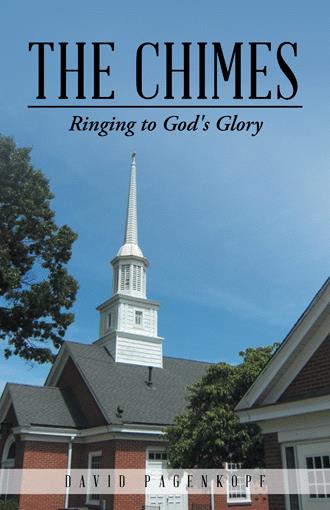 It all began many years ago during a Wednesday morning Bible Study with Pastor David Stoner. For the life of me, I can’t recall the context in which he said it; but, what he said has stuck with me ever since. He simply said, “The reason we are here on earth is to glorify God.” Now I may have been told this before; but it never registered with me the way it did that Wednesday morning. To be honest, I couldn’t remember ever feeling a need to glorify God; but as I think back, I probably heard similar admonitions such as “being reborn” or “transformed” in some way. Bottom line! From that day forward, I began to feel a real urgency that it was time to begin putting Christ first in my life. About that same time, I was asked by one of my church friends if I would consider joining his evangelism team. Realizing that this might be part of God’s plan for me, I accepted his invitation. Soon afterward, my lovely wife, Laura, asked if she could help out; and we both became quite active, she perhaps more than I. To keep our members informed of our outreach activities, the team decided to introduce an article into the church’s monthly newsletter, the Chimes. Having once been awarded an “A” for writing a one act play in high school, I was assigned the task. As the months passed, I became more comfortable with writing. Several of our friends at church were very kind with their remarks, and I even heard from some former members who were on the church’s mailing list. As much as I appreciated their kindness, I had to confess to them that it was really the Holy Spirit’s work, not mine. If you will turn in your Bible to the last chapter of Matthew, he records two extraordinary events that took place soon after Christ’s death on the cross: the first, of course, being his resurrection from the tomb in which he was buried just three days earlier – arguably, the greatest historical event of all time. “Don’t be afraid,“ the angel said to Mary Magdalene and the other Mary having come to visit the tomb. “ He isn’t here.” He is risen from the dead, just as he said would happen.” (Matthew 28: 5-6) The second event may not seem quite as sensational; but, in my mind, at least, is of momentous importance. I am referring to the Great Commission which Jesus gave to his twelve apostles. (By this time, Mathias had been chosen to replace the deceased Judas Iscariot, who had betrayed Jesus). And the twelve were no longer referred to as disciples, meaning follower or learner, but were now full-fledged apostles; that is, messenger, or missionary.” Jesus tells all twelve he wants them to go and make disciples of all nations…. baptizing them in the name of the Father, and the Son, and the Holy Spirit. Jesus adds, “Teach these new disciples to obey all the commands I have given you.” Now that’s quite an order, isn’t it? But, then Jesus states.”And be sure of this: “I am with you always, even to the end of the age.” (v. 20) Of course, this is precisely what these men did as they reached out to people around the world as it was known then. They told the Good News story of Jesus, his birth, his life, his teachings, his miracles, his suffering and death, and, with his resurrection, his victory over death for all believers. They brought people to Christ. They started churches and nurtured them, fully committing their lives to the Lord and growing his kingdom. For more than two thousand years, Jesus’ disciples have been “bearing fruit” for him. They have been making disciples who, in turn, have been making more disciples. Let us not forget we are Christ’s church; and I believe he wants us, you and me, to continue to grow his church. And that brings me to the purpose of this book. When the lord says to me “go….”as he did to his original twelve, I believe he is asking me to become a “fisher of men” just as he said to Peter and Andrew as they were mending their nets on the shore of Galilee. They were just ordinary guys like me and you; but Jesus had plans for them. For the next three years he would have them to himself, equipping them to fulfill his purpose – the making of disciples. It is my hope and prayer that, through the writing of this book, I might fulfill his purpose for me. And, I thank Him for giving me the time to do it. I’m getting a late start, so let’s get going.

Jesus often met with his disciples during the forty day period between his resurrection and his ascension into heaven. It was vital that they knew precisely what he wanted them to do after he was gone. He also wanted them to understand that he was leaving them with an advocate, the Holy Spirit, who would be their resource and guide in his absence. And, most importantly, just before his ascension, he charged them with his Great Commission to “go and make disciples of all the nations.” As believers – and, indeed, as Christ’s new generation of disciples, we must accept this same challenge and continue to grow His church. I believe that’s what he has put us here for. It is toward that end that I have written this book. And, praise God, he has given me a diverse group of helpers to bring it to pass. You will meet them in the pages of this book. Allow me to introduce you to just a few of them. – You will meet an enchanting three year old girl with Jesus in her heart; and – You will also meet an atheist who invites you to follow him around the world as he seeks answers – and finds them, – You will marvel at the extraordinary achievements of a Christian role model named Oprah. – You will meet a Catholic priest – and another young man as he makes a decision for Christ. – You will tag along with a young high school student as he ventures into Philadelphia housing projects, intent upon saving others and, in the process, is saved himself. – You will read a nurse’s personal story. – And you will be inspired by a future Hall of Famer who has placed Christ first in his life. These and many others from all walks of life are featured among the new disciples you will find in the pages enclosed.

David Pagenkopf was born January 10, 1930 and raised in River Forest, Illinois, just West of Chicago, where he lived with his parents and three older siblings. He was baptized and raised in the Trinity Lutheran Church in Oak Park, Illinois. Dave graduated from Lake Forest Academy and went on to Brown University. Soon after the Korean War started in 1950, he enlisted in the USAF and served his Country for almost five years. Dave married, returned to college at the University of Illinois, and graduated with a degree in Business Administration. He worked as a Human Resource Executive until he retired in 1994. Dave has been married for 63 years; has three children; seven grandchildren (three are married) and one great grandchild. Dave has been a very active member of St. Paul’s Lutheran Church in Hainesport, NJ for over fifty years.