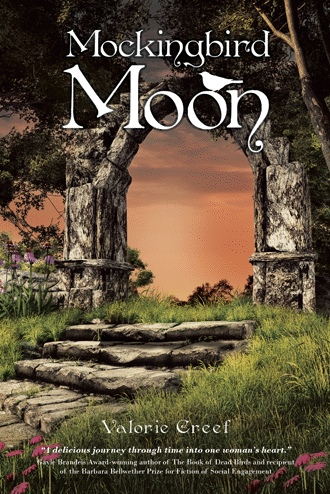 The morning with the strange beauty had produced more questions than answers for the ancient Druid. For one thing, Olivia had spoken directly with the spirits of the well and they had responded! Only the Order of the Wise had the training to directly communicate with the water spirits. The reading of the flute had been like nothing Elish had ever experienced.

Two life patterns interwoven. One unmistakably grounded to this land and the other originating from a place behind the veil. As hard as Elish had pursued it, she was unable to penetrate to its source. It had been the fluctuating heat and light that surrounded the patterns that had forced her back, out of the trance. Olivia's ribbons of energy were clean, no rips or holes for darkness to enter and fester in. That was a good sign. Her colors were radiant, iridescent green like the emerald backed hummingbird, which meant she was grounded to the Earth mother’s energy. The blues distributed throughout the strands were indicative of Olivia's connection to the divine. Olivia was a natural mystic, born to it, Elish mused.

The circle of energy that surrounded Olivia’s life patterns fluctuated in and out like a heartbeat. It was almost like the ring of encompassing energy was holding her dual life patterns in place. Elish could sense that the hoop of energy around Olivia was powerful but unstable. The question was, could that energy be directed? What’s more, Olivia possessed a talisman of great virtue. The flute had an energy of its own!

If Olivia were marrying anyone else but Lord Kildare, Elish would have claimed her immediately for the Order. But his status was as high as hers, and he had claimed her first. Olivia had been "found" on the desolate plains of the Burren. This, more than anything else about the young woman, concerned Elish.

Legend had it that the spirits of Gods and Goddesses of enchantment and deep sorcery had once drifted between the realm of this world and the other. They had manifested themselves into the natural rhythm of earth and sky; disguised and cloaked as water and trees, stone and fire. They had permeated the lives of the people, from the high king to the lowest cumal.

For a time, after they had been defeated and banished by a stronger pantheon of Gods, they had lived in a huge labyrinth of deep underground caverns there. These ancient sorcerers had been known as the Tuath De Danann. Most tribes, even the nomads, stayed clear of the region. The myths rumored that the enchantment still clung to the rocks, seeping up from the caves below. Even though they had long since departed the Burren, the land had an eerie quality about it. Stories of strange happenings persisted to come from there. Such as a beautiful outlander appearing out of nowhere, not knowing how she came to be there.

Elish’s instincts were sharp as a knife and her ears were up. Her intuition was warning her that the enemies of the kingdom were stalking the tuath like hungry wolves. Marauding outlaws were gathering on the kingdoms borders. Alliances were being made to divide up the land and dispose her people of their holdings, if not their lives. A dark energy was building and she and the other Druids of the tuath had been using all their resources to hold it back. But the time was approaching when the land would run with blood. For months, she had felt shards of the poisoned energy floating through on the wind. Now, they seemed to blow in from every direction. She was well acquainted with the members of her order on the island. Elish recognized the energy that was behind the recent dark deeds. She shook her head. Who could have known that such a small, rag tag, band of outcast Druids would become so unpredictably strong. What’s more, whom do they serve? Would she and her Druids be strong enough when the time came to help throw the invaders back? Séamus, what have you brought us? she muttered under her breath as she traced her way back to the Druid's hall.

When Olivia’s daughter Lilly and older sister Kathleen take an equestrian holiday on the western coast of Ireland, they fulfill Olivia’s request for a tiny box of Irish earth for her garden in exchange for a lock of her hair. While the request seems harmless enough, the trade is made unwittingly at the grave site of a legendary warrior, setting off a chain of events that catapult Olivia back in time two thousand years to Eriu (ancient Ireland) where she lands in the arms of none other than the noble Airë-echta (King’s champion) Lord Séamus Kildare of Munster.

Mockingbird Moon is a fun, fast paced historical romance that romps its way through perils of high adventure, fierce clan loyalties, court intrigues and bitter territorial grievances. Pagan Ireland is splashed across a cultural landscape of prehistory, legend and the Brehen laws of mystical Eriu.

Valorie Creef is a native Californian, originally from the “Valley of the Moon”; she presently resides in Riverside, California, where she is a practitioner of earth magic, most notably her organic garden. She is an avid backyard musician, including howling at the moon. She is the creator of the Vampire Margarita (secret ingredient is blood orange soda), and can be found most days chasing dreams and weaving tall tales. She is the caretaker of a fifty year old navel orange tree that graces her backyard with sweet juicy fruit that comes ripe every year at Christmas time.