A Mom's Story of Loss and Healing 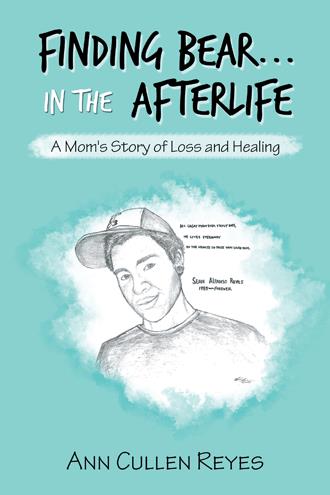 The only relief I had was sleep. When I slept, I dreamed of Bear, so sleep became my reality, and reality became my nightmare. Sean was always so happy when he came to me in dreams. He brought me unexpected gifts. In one dream, he was around eleven years old, and he came into the house through the garage with his dad. I was in the kitchen, and I turned around and looked at his beaming face, his arms outstretched as he offered me a gift. It was a chia pet with the grass already in bloom in it. I don’t know if anybody remembers these, but they were one of my pet peeves when Bear was young and they were all the rage. I thought they were the most ridiculous things I had ever seen, and now, in my dream state, my son was giving me one. He didn’t speak, but I heard the words the gift of growth in my mind. I knew this was a beautiful, special moment. He was connecting to me with something he knew I would remember. He had such a great sense of humor and I thought how funny it was he chose to send me a message with something that always irritated me, but I got it loud and clear. I wanted to stay with him and never wake up. Looking back, that was as close to death as I had ever been my whole life. I quickly realized that I could connect to Bear in my subconscious state. Here I didn’t feel the unbearable pain, for my pain was truly being without Bear, that was my constant companion in my waking hours. In my dream state I was always with him, I was so happy there, I never wanted to wake up. In one dream Bear came down this beautiful staircase. It was so ornate and as I looked up it appeared to go on forever, way up into the clouds and then beyond them. It was so beautiful looking up there, a shade of blue that was simply magnificent. I was at the bottom of the staircase and he simply came down and stood beside me. I held him in my arms and didn’t want to let go of him, but I always knew these incredible connections were fleeting, I only had them for a brief moment and then I knew it was time for him to leave, he ascended the staircase again, and I watched until he disappeared into the blueness, but I knew it wasn’t my time to go with him. A few days after this dream my aunt Mary in Ireland sent me her meditation CD titled “Stairway to Heaven”. So, what I was experiencing in my subconscious state was starting to manifest in my waking state. But, of course, I was oblivious to this in the early months after Bear left. But I remember Dr. Wayne Dyer talking about dreams and how important they were and how much information was being given to us and to write everything down. I kept a pad and pen by my bedside table, and anytime I awoke during the night from a dream I started writing down every detail I could remember, who was with me, what were they wearing, colors, shapes, and I would go back to sleep. By morning I was always so surprised at what I had written, the details stunned me. Because in my now waking hours I had but a vague remembrance of what had occurred during the night. My little pad turned into notebooks that housed all these beautiful adventures, and most of all, my connection to Bear.

This book is based on the author’s journey though the incredible loss of her son Sean “Bear”. She walks you through the pain and devastation. This is a loss like no other, it takes away your future, your hopes and dreams of a life that will now never be lived. She knows early on in her grief that she can connect with her son spiritually. He comes to her in dreams and mediations with messages of love and hope. So, she sets out to find him in the afterlife.

Ann was born and raised in Dublin, Ireland. She grew up in a large catholic family, but always felt a longing to know more than what she was learning in church. She lost her mom and sister Jean at a young age. But, the greatest loss of her life was her son Sean “Bear”. Through this grief Ann went on to become a Guardian Ad Litem, A Certified Professional Intuitive Grief Coach, A Media Writer for the Golden Retriever Rescue of Mid Florida. She practices yoga, meditation and reiki on a regular basis. She continues to work with the Rough Riders of Tampa Bay collecting brand new teddy bears for sick children in her area. Every bear collected is in memory of “Bear”