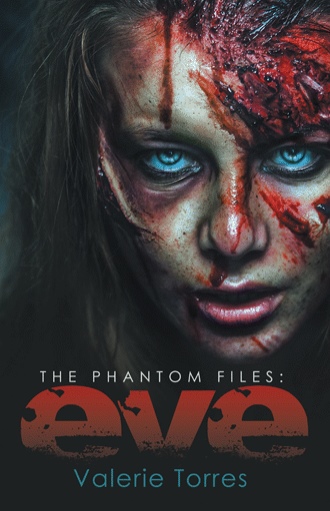 I opened my eyes and realized that I was standing in the far corner of a dark room staring into darkness. It felt as if I was in the same room from my dream, yet there were no sets of blocks in front of me, just emptiness. I kept quiet, expecting to see something familiar. All of a sudden a flash of light appeared a couple feet in front of me, and I saw a small kid playing with blocks. She had on a gray dress, and was barefoot. She appeared to have tiny scratches that did not fully heal yet, covering her legs and arms. She seemed to have my wild crazy hair, but something was off. I couldn’t see her face. ‘Who was she? I stared in complete fearful confusion as I saw what seemed to be some small child replaying my same dream and scenario, only this time I saw that we weren’t alone.

The room was smaller than I had thought; it was no bigger than a classroom. The only form of light appeared above the child, leaving everything else pitch black. This child looked like me, but it made no sense: why would I be dreaming about something different? As I continued to survey my area, I looked toward my left and noticed a dark armchair pushed against a wall. There was some weird person sitting on it. The only thing I could make out was his bright, red eyes, hidden underneath a dark cloak. His eyes had so much malice and anger…it was frightening.

I couldn’t move, and I couldn’t speak. No sound came from my lips, as I tried to remain unnoticed by this thing. All I could do was watch. I watched every movement that she made as the castle was finished, and she took her bow. As she began to make her speech, the man began to smile. I saw his teeth: brightly yellow, distorted, and sharp. I could feel my stomach react towards this disgusting sight. I wanted to run and hide, but my legs stood frozen, forcing me to watch this thing as it looked at her. My heart began to race, and I found myself holding back tears; there was nothing I could do for myself, let alone her.

I turned my attention back to this child, hoping that she at least could see me. If I could get her attention, maybe I could do something. I noticed the same two wooden boxes from before laid in front of her, but this time both were opened. The second box has never opened for me; I found myself curious to see what was inside. I wanted to know, yet I had a feeling that it was not something good. The man also stared intently at this child as she put her hand inside the box and pulled out a single doll. There was nothing fancy about the doll; it was made up of some hard, tan fabric.

“Hmmm…what should I add to you my Lady?” she asked. She stuck her other small hand into the other wooden box and pulled out silver paper. She reached into the same box, and pulled out scissors and glue. She placed the doll in the floor next to her, and began to cut shapes out of the paper. Once she was done, she glued to triangles on top of the doll’s head. She then used the same scissors and viciously stabbed the back of the doll. She made a small cut, and forced a piece of paper, in the shape of a question mark, inside. Once she was done with that, she poured glue inside. She tossed the glue into the ground, and tried to hold the open part together so that it would stay closed. But for some reason, it wouldn’t. “Why won’t this tail stay!?” She became angry, and threw the doll towards the man on the chair. She folded her arms across, and sat angrily, staring into darkness.

“Where are my sweets?!” asked the child impatiently. I noticed that she turned to the corner where this freak was sitting. ‘Did I turn to that same corner in my dreams? Did I ever notice someone was there?’

The man seemed all too eager to comply with her wishes. The same scenario played before me again, yet everything was different. Finally seeing that there was someone else changed everything. Though I never knew where I was, I never felt scared. I didn’t know what was going on. Tears began to fall from my face as I notice the man get more excited as the scene played out. She was already laying down…falling asleep. He took a violin that was laying on the other side of his chair and began to play for her. I watched her fall asleep under his watchful gaze.

The dream didn’t end for me; I remained there watching the lights dim. That weird thing, who had been sitting down, was now standing, facing towards me. A bright swaying light appeared above me, keeping everything around me in pure darkness. I knew he was looking at me; his bright red eyes were as clear as day. He still kept his distance, but I knew he was itching to come closer. His eyes remained a brilliant red with small black pupils.

Tears began to fall faster down my cheeks, and I could no longer catch my breath. He began to walk forward ever so slowly, as his eyes remained fixed on me. I still couldn’t move, but felt words coming through my lips. “W-who are you?!”

It stopped. Its smile began to grow wider, until he finally let out a bone crushing laugh. It was as if someone was grinding their nails against a chalk board.. It‘s eyes began to narrow at me, as if I had asked a stupid question. As if I didn’t see the answer in front of me.

“You should be asking yourself that question.”

Close your eyes, and imagine the world around you disappear. You hear nothing, but feel the air around you get colder. You open your eyes to see yourself surrounded by darkness, with a single swaying light above you. You cannot see anything, and believe that you are alone. You feel in your gut though, that there is someone watching you. As you try to get up, you realize that there are strings attached to your skin. Whoever is controlling you, forces you up, and begins to make you do things. He begins to force you to do things against your will, destroying everything you hold dear. Just before you find yourself in Hell, you’re back to your old life. You’re back home, or at school. Everything you imagined was just a dream…at least for you. It is her reality. Even though she woke up, her hell has just begun.

My name is Valerie Torres, and I was born and raised in New Jersey. I have supportive family and friends that inspired some of the characters in this book. I have a wonderful, creative imagination and I would love to share it with you. Welcome to my world.