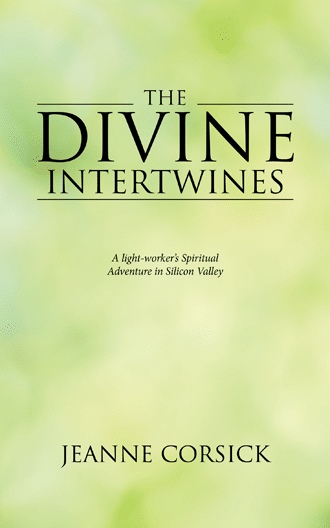 "....my first ‘real’ job came when I responded to an ad from a marketing research company looking for an administrative assistant. I had been on the search a little while and had a few interviews under my belt. But there was something significant that would happen where I first recognized the Divine Intertwining in my career life. I showed up for the interview, and there were two other candidates in the lobby. They had been chatting it up and creating attachments with each other. I instinctively knew not to do this and held my space. The two owners of the company let us know that we would interview all together in a conference room. We were startled and had to adjust quickly to this idea and new development. Once inside the room, I took a spot on the far side of the table from the other two candidates and answered questions as best I could. But it was when I floundered on an answer and allowed myself to fall and get back up to answer it the way I wanted to, that I felt found myself letting go and getting relaxed inside. Something overcame me and I let go. I was in a room holding my own now along with two other competitors for the same role. I was authentic, accepting, and allowing. Not competing. Not matching the other two candidates’ energies. And is where I realized I was there for ‘me’. I could let this go. By the time I arrived back home, there was already a message on my answering machine. I was hired. And, they especially liked how I handled my snafu in the room and the resiliency shown."

This is a career story of an executive assistant who was determined to work on a relationship with her self first and then was able to blossom and enjoy the successes that followed.

Jeanne is a first time author with an extensive background in the role of executive assistant, and project/program manager. She’s worked in various industries in Silicon Valley that include semiconductor, software, bio-technology, email security, cloud computing, and digital marketing (SEO). One of the many advantages of being an assistant is the ability to take action when opportunities arise to create change and empower others thru it. Her story, especially her work with her peers at Google and the enterprise division’s customer’s administrative assistants, embodied one such opportunity.