No One Rides for Free 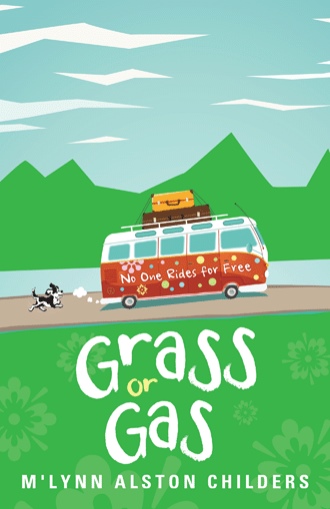 I may never recover from my first movie star moment. I was waiting in the foyer of Chasen's Restaurant and the agent I was to meet was running late. This was an important interview for me. I was hoping to be offered a writing job and I feared I had been stood up. Forty five minutes waiting was trying my patience and when he did appear, he had neither soul nor sex appeal. I was not inclined to be generous with his lack of talent. He breezed in and rather than talking to me, he looked me over as if he were assessing whether or not I was worthy of him, before walking away to search for the maitre'd to seat us. I was in no hurry to follow him and had only taken a couple of steps when someone tapped me on the shoulder from behind. I turned around and was looking right into the laughing eyes of Dean Martin. I was so stunned, all I could manage was to inform Mr. Martin, "You're Dean Martin, you're Dino". "I know honey, I know," Mr. Martin assured me. He placed his hand on my lower back and leaned in and said "You don't belong with this guy. Let's go make some memories." He evidently took my nervous laugh as a yes, because he used the hand in my back to turn me around and steer me toward the door. "I don't want to make a scene and embarrass my friends here," he explained as he looked back to see if the agent had realized what was happening. We were at the car before I registered the magnitude of what had occurred. "You don't need to waste your time on that guy. He can't do anything for you." He evidently thought I was the agent's date, and he continued, "If you ever do decide to sell out for a job, make sure the one you are selling out to can deliver what he promises." I was glad Mr. Martin kept talking. I hoped my nodding and agreeing would suffice until I trusted my voice to make sounds. I had never had of fear of speaking in public, but I had never been star struck either. He directed the car toward Sunset Boulevard and told me he was going to show me a part of Hollywood no one else would. Once at Sunset, he started driving toward the Will Rogers State Beach but when we reached the canyon that separates Hollywood from Beverly Hills, he turned up the road and stopped at a house that seemed too modest to have a Beverly Hill address. He pulled into the driveway and turned off the engine. After a while he said, "This is where Marilyn lived the last five years of her life." His pensive mood and my awe of the man insured silence for his reverie. I didn't ask the questions I wanted like did he know Marilyn, and were they friends, or was he a student of Hollywood much like any newcomer just trying to figure out what it was all about. Soon he started the car and pulled back onto Sunset going toward the beach. At Westwood he cut across to Wilshire Boulevard. In the heart of this University Village is a large Cineplex which has at least twenty-five theatres. I had been to the movies there many times. I always parked behind the cinema along side a brick structure that I thought housed the garbage cans for the theatre. The structure appeared to be eight feet tall and was a square approximately 50' x 50' at largest. The area was well lit and when I had come to the movies here I had always felt safe leaving the theatre after dark. Mr. Martin parked in the same place. When he got out he motioned for me to follow him. I realized he was going to try and get into this "garbage storage area." I was still dumbstruck and reluctantly followed. At the far side of the brick structure there was an unlocked wood gate. He opened the gate and held it for me to follow. Inside I could see this was a mausoleum along the entire wall of the theatre. He walked to the wall and pointed to Marilyn's burial place. The red rose that Joe DiMaggio was said to send every day was in a vial that dangled on the damaged brick as tentatively as Marilyn appeared to hang on to reality. Mr. Martin's respectful mood returned as he looked at the names on the wall. Shortly he walked to a grave site at the opposite side of the structure where there were regular burial plots in the ground. He pointed to one of the sites and said "this is where ...." I did not have the reverence for the plot of ground Mr. Martin showed. He probably grew up in Jersey and didn't know much about beautiful cemeteries that took up acres of fertile farmland like the one in Enid, Oklahoma. The one where my parents always clucked when we passed it. "what a shame so much good fertile land is going to waste, when it could feed half the starving children of Africa." Who convinced the builders of the Cineplex the brilliance of exploiting this site of so many beloved, by making them subservient to the movies for eternity?

An idealistic young woman is seduced by the promise of a creative and spiritual renaissance which the 60's and 70's rebels tauted to be their goal. She moved from a stable midwestern community where morality was enforced by the impact of families being known to each other for generations. She arrived in a dizzying metropolis of strangers unknown even to themselves. She spent thirty years testing, rejecting and coming to terms with her own beliefs. She was well past her 50's when she first read Betty Friedan's, FEMININE MYSTIQUE but in her youth she felt the dissatisfaction with the lack of opportunity for creativity and growth midwestern women suffered. When she finally read the book, she was surprised to learn Ms. Friedan had not meant to start a political movement, but was making a case for growth movement.

When she graduated from Southwestern Methodist in Kansas in 1964, she followed her family to Utah where they had moved when she graduated high school. Utah offered more opportunity for experiencing the new culture (she went to Vegas to see the Beatles on their maiden voyage in 1964). But she wouldn't be satisfied until she moved to California in 1969. She earned her Masters in Professional Writing from the prestigious Spielberg/Lucas Graduate Department at the University of Southern California.