Shadow of the Sacred Islands 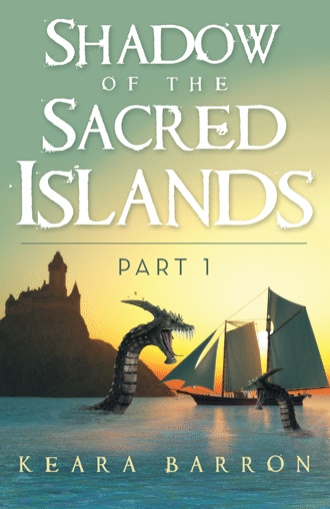 “Okay, I agree with you Elijah—” Sage was cut off as the ship tilted sharply. We stumbled suddenly, flapping our arms out. The ship seemed to jump, as it crashed to one side and jerked. A loud thud sounded, as if we had hit something in the sea.

The sensation I'd felt before had now returned. It filled my nostrils and burned. My magic screamed in my core and I became light headed. I felt as if something like dark magic was clogging the air. I fell to the deck and tucked my knees to my stomach. My core didn’t feel so balanced and I couldn’t stand the feeling in my head. What was going on? I felt so paralyzed, unable to think, to move, to stand on my feet.

I felt and heard the wind rise. A spray of water sprinkled the air. The waves were pacing, growing.

“Korina, are you okay, we’re worried about you—”

It thundered, as if a sonic sound wave had shot out in the air. The boom turned into a growl, into a roar like a thousand lions, into an ear splitting screech, a siren. Raaarrrr!

I covered my ears and screamed. I looked up from the deck, and saw Elijah, Sage, and Tres with their mouths and eyes wide open and breathing hard. They had their eyes fixed on the same thing. I suddenly realized that the sky had darkened. I climbed to my feet slowly, and followed my unmoving friends' gaze.

A green-gray head, three times the size of the helm, stretched as high as the mainmast. Fangs as thick as my waist shot out of a mouth filled with teeth as sharp as jagged cliffs. Four whiskers slithered out of the sides of a revolting head that was covered with wrinkles and horns. Yellow eyes glared at me so hard, I felt as though the very sight of it could kill me. Blue and green scales glittered like diamonds. I froze, remembering.

Another roar as the head thrust forward. The three of us flung our hands over our ears and cringed. The roar vibrated through my bones.

Suddenly, another body exploded from the sea followed by an immense wave that assailed the ship.

A hand on my shoulder made me jump. I yelped and turned to see Melody. “Don’t move, don’t make a sound,” she instructed.

Tres shook like leaves in the wind. “The cave, it’s haunting me!”

Another death shriek and the serpents plunged forward and whipped their bodies upward. They crashed into the side of the ship, and it dipped forward. We all screamed.

Wooden boards snapped and the deck began to break apart. Foaming water raced onto the deck and the serpents opened their mouths wide. They roared, their heads only feet above the main deck. Sailors ran in panic, Serulean yelling at them from the helm.

A serpent plucked one of the sailors from the deck with its teeth, and swallowed him whole. Sage shrieked in terror and I looked the other way.

One serpent turned and spotted Serulean. It snaked toward him as quick as light and as swift as a swordsman.

The serpent continued and after a second snapped its jaws in the air. Serulean dove off the helm and tumbled onto the deck. The serpent plunged its head into the deck, creating a hole that it became stuck in. The serpent writhed and wriggled, causing the ship to shake like it was in a storm. The other serpent dove into the sea and vanished. I was thrown off my feet and into the air as the serpent collided with the hull underwater. The serpent that had its head in the deck broke free, and deck boards went flying.

The four of us and Melody had scrambled away in different directions. The serpents were hovering above the deck, snapping their massive jaws. Their roars filled the atmosphere with a horrifying thundering sound.

I sprawled on the deck as a serpent’s body floated above me. Its head was elsewhere, creating damage to the ship. Its body smashed into the mainmast. I rolled on my side, and pushed up on my arms, staring at the mast. A loud moan erupted from the mast as wood cracked. The mast leaned forward, then back. I couldn’t bring my body to move. 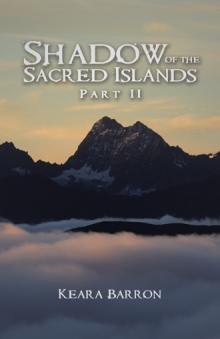 For generations, the city-states of northern Lux have been at peace. That was until dangerous apparitions of dark magic were found just outside the homes of the residents.

Four young mages from the city of Elementa have been chosen to embark on an ominous voyage to the mysterious Sacred Islands, darkened by past destruction and believed to be the source of the worsening dark magic. At the same time, rising tension between the city-states threatens to break age-old order throughout Lux. Will the four mages be able to find the source of evil before total devastation befalls their homeland?

Keara Barron is currently a high school student in Plano, Texas, and wrote Shadow of the Sacred Islands when she was fourteen years old. She has a passion for reading and writing and a particular interest in the fantasy genre. Keara also enjoys playing the viola, mathematics, running, and volleyball.