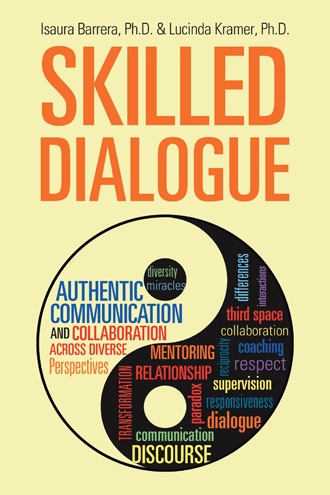 Introduction Whether intriguing, frustrating, challenging or even threatening, the challenges that diversity can pose for communication and collaboration are difficult to ignore or deny. These challenges, however, need not be negative ones. They can in fact offer incredible opportunities for positive communication and collaboration. Growing up on the Texas-Mexico border I (Barrera) learned this aspect of diversity’s challenges at an early age. By the age of six I needed to learn a new language and a new set of behaviors for success at school while retaining the language and behaviors I knew for negotiating life in my home border community. I saw the consequences when this challenge was perceived negatively as one that presented the choice of one language and set of behaviors at the expense of the other. It did not take long for me to realize that perceiving differences in this either-or fashion, neither minding them properly nor mining them appropriately, resulted in separation and division rather than inclusion and unity. It has since become increasingly clear that placing differences in separate and contradictory categories severely limits both communication and collaboration. The premise of Skilled Dialogue, the topic of this text, is a straightforward one: that to communicate and collaborate optimally across diverse perspectives it is necessary to tap into the “power of the other” (Cloud, 2016); i.e., what the other brings to the interaction, as well as into the power of paradox; i.e., how differences can be additive rather than subtractive. In general, the power of the other tends to remain largely unacknowledged or to be acknowledged only negatively. The power of paradox similarly remains largely untapped. Yet, when both of these powers are tapped, collaboration and communication can occur even in situations where they are believed to be impossible. Significant disruptions in our ability to communicate and collaborate meaningfully with those who think, act or believe differently from us are being increasingly evidenced today. They are occurring not only on a global scale between countries and cultures, they are also becoming increasingly apparent on the smaller scale of everyday personal and professional interactions. Apparently, it is not only becoming more challenging to communicate and collaborate across different perspectives, it is also becoming difficult to even hear different perspectives. In a 3/10/14 blog posting, Greg Lukianoff, president and CEO of the Foundation for Individual Rights in Education, made the following striking observation regarding a university’s “disinvitation” of commencement speakers because of their views on particular issues: “freedom of speech and academic freedom depend on our ability to handle hearing opinions we dislike and constructively and creatively engaging with those opinions.”1 This ability to handle hearing differing opinions is critical. It is needed far beyond the freedom of speech and academic freedom. It is needed for our own welfare, the welfare of others, and of the earth itself. Without it, diversity of perspectives will continue to separate and divide us, impoverishing the communication and collaboration necessary to protect and promote that welfare. Our own experiences as developers and trainers of Skilled Dialogue reflect this growing disruption in people’s abilities to communicate meaningfully and craft productive collaborations with those who think, act or believe differently. Participants who came to our early workshops and professional development sessions on Skilled Dialogue to learn about using Skilled Dialogue with culturally diverse families and co-workers almost always ended up asking how they could apply it to situations with families, friends, neighbors and co-workers. The latter were not at all culturally diverse yet our workshop participants still experienced significant difficulty communicating and collaborating with them because of their diverse opinions, behaviors and values. Skilled Dialogue is a proactive tool for converting diversity from challenge to opportunity; i.e., for mining and minding its riches. It is a field-tested approach designed to tap into and leverage the power of the other and the power of paradox. Through Skilled Dialogue interactions with diverse others can be crafted in ways that allow differences to enrich rather than limit available options and opportunities (Barrera, I., Corso, R., & Macpherson, D., 2003; Barrera, I., Kramer, L., & Macpherson, D., 2012; Barrera, I. & Kramer, L., 2009). 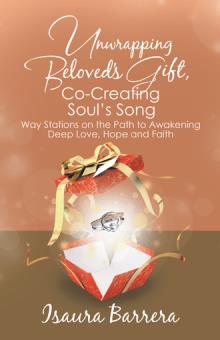 Ever needed to communicate or even collaborate with someone who just didn’t agree with you or see things as you did? Think there’s only two options: their way to your way? Barrera and Kramer propose a third option inclusive of both ways. They present an approach that goes beyond “both-and” to arrive at a third option: Skilled Dialogue, a field-tested series of strategies that can transform contradictory interactions into complementary ones. Readers will learn how to • build mutually complementary relationships that honor difference • access and mine the strengths of differences • explore multiple ways of creating mutually satisfying options without the need for compromise • apply the six Skilled Dialogue strategies in ways that generate respect (i.e., honor identity), reciprocity (i.e., honor voice) and responsiveness (i.e., honor connection) Case examples and sample scenarios allow readers to practice what they’ve learned and provide them with models for their own interactions. An invaluable resource for all who interact across differences, whether professionally or personally, this book will help readers to resolve interactional challenges in ways that allow differences to enhance outcomes rather than detract from them.

Drs. Barrera and Kramer bring a rich professional as well as personal history to this book. They have taught diverse student populations at the university level for over 20 years. During that time, they were particularly focused on communication and collaboration across diverse boundaries. This current book is grounded in their experience as well as their previous writing (Barrera, Kramer & Macpherson, 2012, Barrera & Kramer, 2009). Its material incorporates more recent information and moves beyond the area of cultural diversity, the main focus of their earlier work. Dr. Barrera grew up on the Texas-Mexico border and learned the challenges of diversity at an early level as she entered school having spoken only Spanish until the summer before her entry. Dr. Kramer grew up in the MidWest amid a culturally rich neighborhood and later working with American Indians. She currently resides in Southern California.