Telepathic Conversations The Frontier of a New Era in Human Evolution 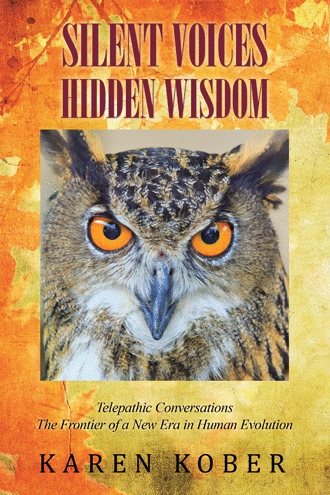 Stone Story The searing heat of the beating sun made the black mare, Tewa, breathe warm and slow. She ambled forward with a drooped head, mouth and body lathered froth from the heat. Anetonka, an Indian of many summers, sat astride Tewa. His Indian name, Anetonka, means running fox. As a young warrior he could run as fast as a cunning fox. The journey to return to his tribe was long and hard on Anetonka. His old body was lean and worn with only the memories of a strong vital youth. A single white feather wrapped with a strip of buckskin was tied to the side of his long silver hair. He felt the scorching heat of the high southwest sun on his bare shoulders. His body was tired and ached and he also sensed the fatigue in Tewa from her slowed movement. The river was close and Tewa snickered in her thirst for the river water that filled her nostrils with a wet fragrance. The water glistened as they approached the river, the long river between home and the Spanish speaking people. Tewa instinctively headed for the water. She stopped with her front hooves at the waterline and lowered her head to drink the coolness. As she drank Anetonka swung down from the mare onto the embankment. The desert grass bent softly under his moccasins. He squatted and scooped a cupped handful of water to drink. The cool water soothed away the dry desert dust from his parched lips. His wet hands felt soothing as he rubbed them over his face. He lingered a moment to watch the water ripple and dance from a slight breeze and current. It was time to give Tewa a rest. Anetonka’s journey would take another moon to reach his tribe. A small pack of wolves stood atop a high ridge looking down at Anetonka. The largest gray wolf, an alpha male, recognized Anetonka as ‘The Old Wise One’ from the Chiricahau tribe of the Apache Nation. With respect for the honored two-legged their paws gave no sound as they turned and disappeared back over the edge of the ridge. Anetonka stood, stretched a long stretch with hands high above his head, and still felt the thirst of the trail. He squatted to scoop more water from the river. His hand passed over two river stones that caught his eye. The stones touched each other under the water’s shallow edge. Over endless seasons from being under the fast moving current of water the two stones had become worn and smooth. The stones in front of him reminded Anetonka of his worn body and of his presence living each sun in the flow of the river of life. The Old Wise One knew of the Stone People yet was unaware the two stones were friends. The stones shared the bond of knowing the other was there as Stone People do. Countless sunrises gave way to change in the life that surrounded them. They spun many a tale of what they had witnessed through the endless moments of river life. Each story gave them insight of new meanings and the soul of the other. Anetonka, without knowing why, had the urge to pick up the two stones. He stood up and arched his back with his right hand back of his shoulder. He flung both stones at once over the glistening water. He watched them skip and splash into the water far apart from each other. The stones disappeared from his sight into the depths of the river. He had done this many times as a child. Now in his final years his body felt the movement of skipping stones with his joints aching. Oh, what agony surged through the Stone People as they were flung high in the air above the river. What sadness, loneliness, and the pang of sorrow to be hurled away from each other. The stones felt the bottomless pit of primordial despair. They felt an empty loss as they sank further into the black water as it lost the light of the sun in the increasing depth of the river. They realized simultaneously they would never know or touch each other again. They felt the unbearable void of solitude. The intense separation was as vast as the silent darkness of the river water. The two stones in their splash into the river had created circles of waves flowing outward from the splash of each of them. When the circle of waves of one touched the waves of the other there was great rejoicing. The Stone People found their spirits were in union. Each stone suddenly in awareness understood they were never separate or alone, but as One. Each stone knew Mother Earth would create a destiny for their love and friendship, returning them to each other again…touching. Tomorrow Never Is Tomorrow never is, yesterday never was, today is here, right now. Tomorrow is only dreams, yesterday only memories, today are memories to dream. Tomorrow is a promise, yesterday is illusion past, today is here, this moment.

SILENT VOICES HIDDEN WISDOM Is it fearful, the unknown silent voices so long hidden? Or to hold all the emotions of sentient life? Telepathy is thought transference of mental energy from one being to another. Humans use telepathic energy constantly. We are aware the voice in our mind is never silent. We are unaware of our capability to use telepathic energy with intent. We use it every day and often do not recognize our oldest form of communication. Animal’s vocal cords, due to their physical structure, were not able to attain formed language as humans did. They continue to express themselves telepathically or with behavior when humans deny to acknowledge their inner ability to hear them telepathically. Discover the widening scope of using telepathic communication in our daily life. We would discover there are no secrets in the thread of life! Just imagine using telepathy to converse with all creation on earth, in heaven or other dimensions. The messages received are the wisdom of the ages and encompass the full spectrum of eternity. Telepathically conversing with sentient beings in all dimensions is funny, surprisingly delightful and compassionate. The silent voices impart wisdom and guidance in every moment of our everyday life. Our mind seeks a place for discovery in curiosity. The silent voices and hidden wisdom within us holds the key to answers from all dimensions. Journey the joy and hidden wisdom in the silent voices, in their words and prayers.